This doesn’t require going into some shady exchange shop, or anything, but rather just about anyone who has money will gladly exchange your USD, from a taxi driver to a restaurant.

I didn’t know about this black market exchange rate before going to Uzbekistan, so I didn’t bring much cash. Fortunately Matthew brought quite a bit of cash, so we could exchange some at the better rate.

We thought this would be an opportunity to basically get 40% off our hotel bill, so on our last night (yesterday), Matthew exchanged about 200USD on the black market, which got him a couple of big stacks of bills. 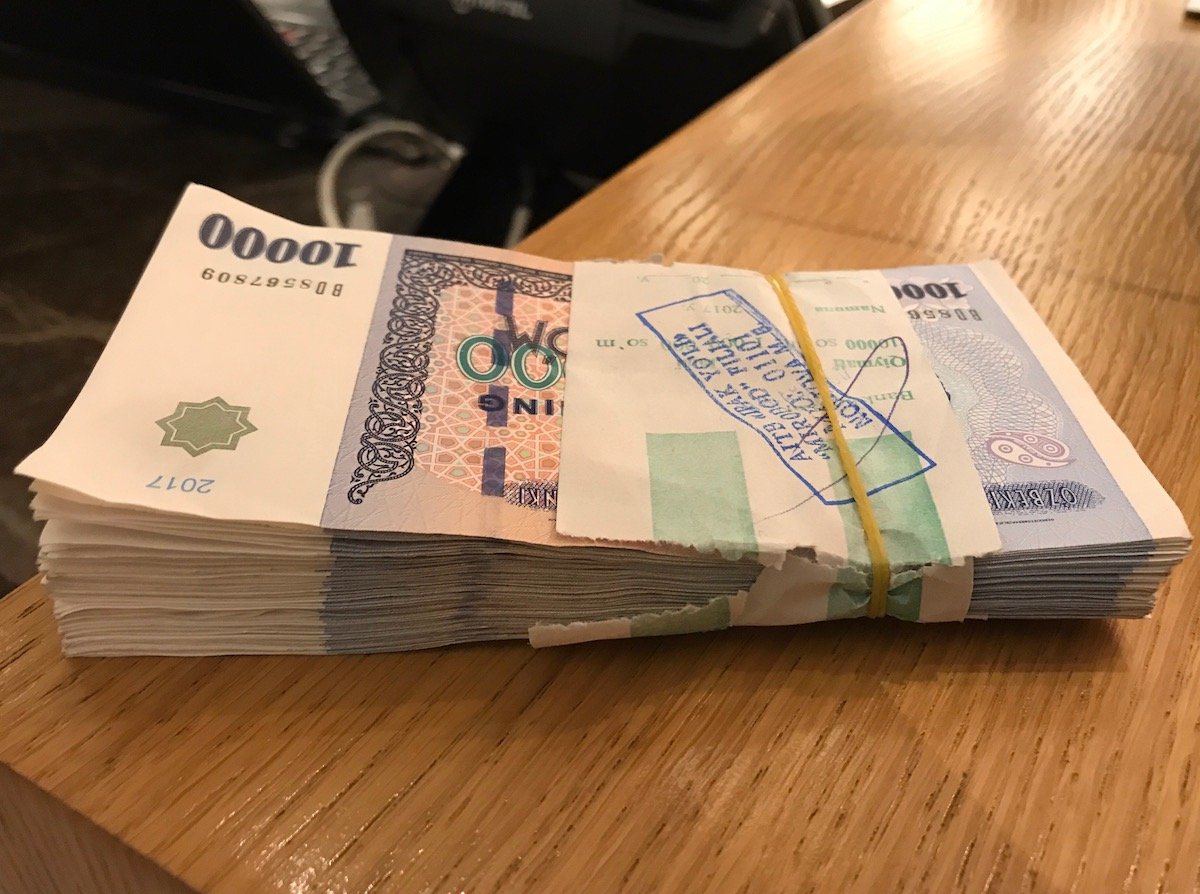 Unfortunately it didn’t work out quite so well at check-out this morning, as we were informed that foreigners aren’t allowed to pay a hotel bill in the local currency. More accurately they can’t pay for the room rate with local currency, while incidentals could be paid with it.

Now of course I get where they’re coming from. I suppose on some level they’re trying to prevent what we tried to do. However, this is the first time I’ve stayed at a hotel that doesn’t let you pay your bill in cash in the local currency, even when it’s priced that way. Instead we had to pay by credit card and were billed in USD.

As much as I always recommend avoiding dynamic currency conversion, at this hotel it wasn’t an option. There’s a first time for everything, I suppose.

You should try this in Venezuela too, see how that goes.

Seems I'm late to comment. Often time controlled currencies like this one are very difficult and very expensive to change back if you brought the currency back to the US. There's also a change you'd get stopped on your exit if you carry too much out of the country. With this said, it is not uncommon, especially in some African countries and Asian countries. We need to also remember that not too long ago, it was pretty similar in China, only they had a 'foreigners' currency that the locals couldn't use. It is generally common in countries where the dollars are much needed. In fact because my business travels often take me to obscure places, I face this all the time.

I was several times in Tashkent last year - 2016 - and always paid my hotel bill in local currency. I was staying at the Wyndham. You should have tried it a day before leaving with a smaller amount - I always paid in two or three different days to pay lower amounts and to avoid being stuck with a lot of local currency at the end of my stay. 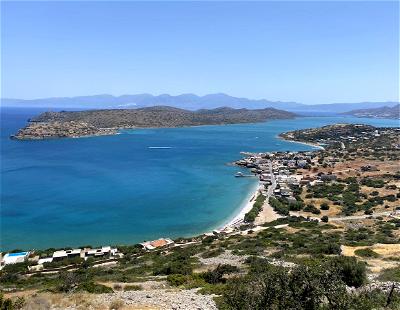