This is pretty unbelievable — yesterday two Qatar Airways aircraft parked next to one another at Doha Hamad International Airport collided due to strong winds.

As you can see in the below video, the two planes were parked next to one another (with quite a bit of space between them). Over the course of about a minute, the 787 turned 90 degrees and then started moving towards the A350, before finally hitting it.

It happened yesterday, April 30 in Doha: a parked 787 Dreamliner Qatar Airways was pushed into a parked A350 by strong winds during a storm. Video received from a friend. @jonostrower @AirlineFlyer @winglets747 @brandonsblog @WandrMe @SpaethFlies @flightradar24 @MaxK_J @A350Blog pic.twitter.com/7zojpTQo0X

This isn’t the first time we’ve seen something like this, though somehow videos like this still surprise me every time. This is far from my area of expertise, though I would have assumed prior to this that it would take more than 61 knot gusts for something like this to happen. I’m probably wrong, or I wonder if some other setting wasn’t correct (could wheel chocks have help stopped this, were the brakes set correctly, etc.?).

It’s hard to tell how bad the damage is based on the video. On the one hand, the damage doesn’t look that bad based on what we can see. On the other hand, I know the nose of a plane also contains lots of systems, so one has to wonder if there was significant damage beyond the surface there.

I’ll at least be keeping an eye on the 787, which has the registration code A7-BCT, to see when it flies again. Unlike lots of other planes, that 787 hadn’t been grounded — the plane had flown from Delhi to Doha on April 29.

Just a couple of weeks ago we saw an Emirates 777 and British Airways A350 collide in Dubai. That wasn’t due to weather, though — rather that happened due to an error while one plane was pushing back.

Amusing these people calling it fake. What is the largest vertical surface on the plane? The tail. Logic is evidently lacking in some.

Ever Wondered what Happened to the people or is just the planes important?

Paul and RDP seem to understand and have the knowledge. I'm not an aircraft expert but a experienced yachtsman which knows how to sail at a narrow angle into the wind. With the big tail of this aircraft acting as a sail in a strong this looks absolutely real. 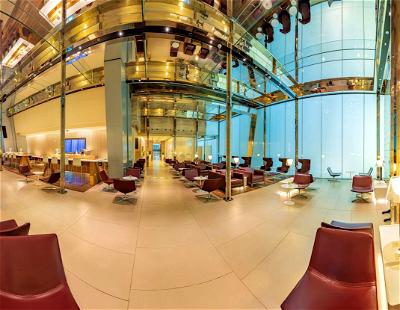