Apple AirTags have become an essential for many travelers. The idea is that you can place an Apple AirTag in your checked bag, and then you’ll always know where it is. In the event that it gets lost or stolen, you might have better luck tracking your bag than airlines do.

We’ve seen several viral stories of air travelers with lost bags taking matters into their own hands, though this has to be one of the most interesting situations yet.

Valerie Szybala has published a viral series of Tweets which have been viewed over 20 million times in the past day or so. She was traveling with United Airlines to Washington DC, but her bag didn’t make it. She filed a lost bag report for her belongings, and requested that the bags be delivered to her once found.

However, things didn’t unfold as she expected. Following the flight, Valerie tracked her checked bag to an apartment complex, where the bag had been sitting for over a day. So she decided to make a trip there — while she couldn’t find her bag, she saw multiple United Airlines checked bags near the dumpsters, which had been emptied.

She shared the messages she had exchanged with United, where a representative told her to “calm down,” and claimed that her bag was “safe at the baggage services distribution centre.”

The next day, the bag traveled around 16 miles out of the city, to the suburbs.

The bag was then in a shopping complex for around half an hour, before eventually returning back to the apartment complex.

Valerie ended up traveling to the apartment complex a total of four times. On January 2, the bag made another trip to a shopping complex, before returning to the apartment complex. At that point she received a text from a courier, who claimed that the “bag was given to [him] under a different passenger,” and that he “delivered [her] bag in a different address and had to go back to that place and pick it up.”

The two ended up meeting for the bag delivery, as they were near one another. Clearly the courier was a bit startled by her being near his apartment complex.

Funny enough, local news had been involved at this point, so the delivery of the bag was even captured on camera.

Was this theft or incompetence?

This is an interesting story on a couple of levels.

First of all, it’s clear that United provided really bad service here. Admittedly I don’t envy the job of people working in lost baggage departments, but telling someone to “calm down” and claiming that the bag is “safe at the baggage services distribution centre” isn’t good service. Unless the baggage services center is someone’s apartment, this is incorrect information.

Second of all, the big outstanding question is whether this was an honest mistake, or whether the courier’s intent was to steal the bag. I’m not sure what exactly to think here. On the one hand, this seems really suspicious — the bag was at an apartment complex for days, and empty bags were even found by the apartment complex dumpster.

On the other hand, if a bag was stolen, why would the person stealing it be driving around with it to various places? What does that accomplish? Was the bag just left in the car the entire time, and this person was going about their day-to-day activities with it? Along similar lines, this person was a professional courier for these bags, so it wasn’t that some random person stole the bags. While I absolutely think some couriers steal, why would this bag be targeted?

I’m not sure what the explanation is here, but I’m inclined to believe that incompetence or laziness is just as likely of an explanation as attempted theft. There’s not much accountability for couriers in terms of delivery timeline, so maybe he just forgot the bag was in his car, maybe he didn’t want to drive to where it had to be delivered just yet, etc.

For the latest edition of “AirTags save the day,” a United Airlines passenger was able to track her lost checked bag to an apartment complex, where she also found other abandoned checked bags. While United claims the bag was safely in a delivery center, in reality the bag was in an apartment complex, and moved around constantly. After four trips there, she met up with the courier, who delivered the bag.

I’m not sure what exactly to make of this story. United definitely dropped the ball and this woman deserves credit for being persistent. But whether this was incompetence or theft, who knows…

Hanlon’s Razor: Never attribute to malice that which can be adequately explained by stupidity.

Oh, for the days when courier companies had vehicles and employees, who were identifiable by wearing a uniform. Now the companies want to minimise capital employed, social security payments, etc, so they outsource to individuals.

John - As a female, I can tell you that my clothes and shoes alone are valuable, worth much more than any airline would reimburse. Furthermore, the cost to replace my suitcase alone would probably exceed their limit. Been there and trust me, you never break even on one of these deals, not even close. 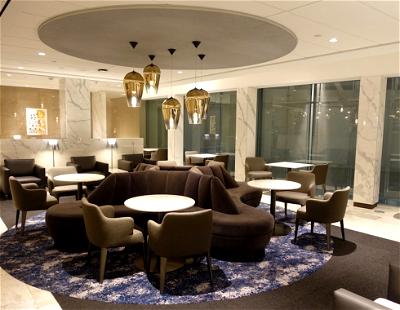