An uber-exclusive new lounge will be opening at Los Angeles International Airport (LAX) at the end of the month, and it’s likely to draw mixed reactions.

PS expands with “The Salon at LAX”

First for some context, The Private Suite (now simply branded “PS”) opened at LAX in 2017, and is a facility for those who want to skip the terminal altogether. You get dropped off at a completely different part of the airport away from the terminal, you get a private room at the facility, then you go through a private security checkpoint, and then you get driven directly to your plane.

I reviewed this incredible experience shortly after it opened, and suffice to say that it’s quite an experience. That being said, it’s pricey — we’re talking thousands of dollars per visit.

As of July 30, 2021, PS will be opening The Salon at LAX, which is a new social lounge intended for the social traveler. It’s also a more affordable way to experience part of the PS experience.

As it’s described, The Salon at LAX is “designed for the individual traveler who wants to skip the chaos of the airport.” Reservations at The Salon at LAX will start at $695 per person (and only those 21+ years old are eligible). Here’s what you can expect from the experience:

As Joshua Gausman, co-CEO of PS, describes this new concept:

“We decided early on that adding a social lounge experience would be an enhancement for those traveling alone or on business. Providing a beautiful environment with great (and included) food and drinks where you can meet others made a lot of sense. People are spending to make trips and experiences special. They are seeking out safe spaces for themselves, and they are enjoying the socialization missing from 2020.”

Below are some pictures of The Salon at LAX, which sure looks gorgeous.

My take on The Salon at LAX

First of all, I’m not the target market for this for a variety of reasons:

But let me take my introverted self out of this, and pretend that I’m more social for a second. On the one hand, I commend PS for thinking outside the box and trying to create more demand without cannibalizing its existing business, as this clearly targets a different market (PS was initially for those who want privacy and don’t want to socialize). This is also such an LA thing, and I could see people paying for this.

On the other hand, this seems sort of impractical for an airport lounge:

So yeah, this is a great concept for rich extroverts who like to socialize with other rich extroverts while paying to hang out at an airport. Meanwhile for the rest of us, it’ll be cubed cheese and Snack Towers of Sadness in the Admirals Club…

The Salon at LAX is a new $695 per person lounge that’s part of PS. This is intended to be a social lounge with complimentary drinks and snacks. A reservation here also includes semi-private security screening and terminal transfers.

Obviously this isn’t for me — the concept of paying $695 to arrive early at the airport to be able to socialize with others doesn’t sound that appealing. But for others…

What do you make of The Salon at LAX concept?

$695 is one way, you probably put in roundtrip.

I dont know where you got the idea that they won't drive you to the plane, but as far as the higher ups at PS have put it, nothing has changed there. This is basically the whole PS experience, but with a few other strangers. Sharing the communal space, which is still WAY emptier and quieter than a regular lounge at LAX, sharing a TSA line, again, with minimal amount of people compared to LAX, and then a shared car ride to your aircraft. On top of that, the odds that another person that will be on your same flight will be at PS, therefore forcing you to "share" the TSA and car ride together, is low. Private TSA, private customs, private lounge, direct car to your aircraft, all of this away from the busy insanity that is LAX for a FRACTION of the actual Private Suite price. Id say it's worth it. You should review it though and tell us exactly how it is, but as I see it, it sure is promising.

The lead sentence is the one that should be given the most weight: "Designed for the individual traveler who wants to skip the chaos of the airport." The "social" part is marketing-speak for taking a negative (the Salon is non-exclusive) and spinning it into a positive (the other travelers are great for socializing with). Anyone who has endured the LAX "horseshoe" and terminal chaos could appreciate this. Moreover, it is a fraction of the cost of PS. Bottom line: this is akin to flying business class versus first class. Comfort versus comfort + privacy. I think that they have a winner on their hands. 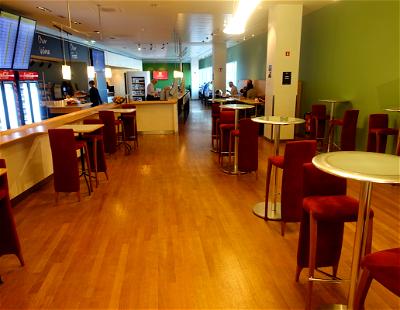 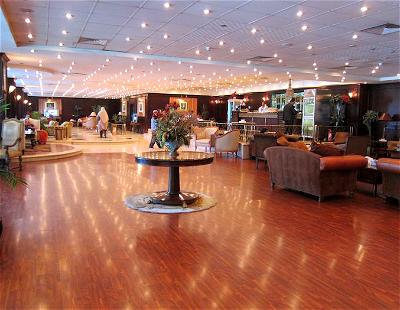