Southwest Airlines has launched a new fare type, and it might actually be good news for consumers (which sure doesn’t follow the industry trend). While we first learned about this in late March, tickets with this new fare class are now on sale, so we have a sense of pricing.

Details of Southwest’s new Wanna Get Away Plus fares

Southwest has launched Wanna Get Away Plus, which joins Southwest’s three existing fare types — Wanna Get Away, Anytime, and Business Select. This fare is available for all Southwest Airlines flights as of Tuesday, May 17, 2022, so you should now see this on southwest.com.

As it’s marketed, Wanna Get Away plus fares are a “modest buy-up from Wanna Get Away” fares, and are priced below Anytime fares. While all Southwest fares include two free checked bags and no change fees, Wanna Get Away Plus offers the following incremental perks:

To crunch the numbers on the value proposition here:

We’ve seen airlines greatly rework their fare bands in recent years, though in almost all cases it has been in order to introduce basic economy, or other discount fares, to better compete against ultra low cost carriers. Southwest, meanwhile, has continued to avoid offering basic economy, and has been competing on product, service, and network.

Southwest adds perks to other fare types as well

Southwest hasn’t just introduced Wanna Get Away Plus fares, but has also added some new perks to existing premium fare bands. Here’s what has changed:

On the surface the fact that three of four Southwest fares will allow vouchers to be transferred to others is a pretty awesome feature, and differentiates Southwest from competitors. However:

Below you can find a chart comparing the various fare bands offered by Southwest.

Southwest Airlines has launched a fourth fare class as of May 2022. The new fare is called Wanna Get Away Plus, and is between Wanna Get Away and Anytime fares. Compared to Wanna Get Away fares, this offers more points, transferable flight credits, and same-day confirmed changes and standby, all of which are useful perks.

The pricing is roughly in line with what I was expecting, and the Wanna Get Away Plus fares are a bit closer to Wanna Get Away than Anytime. I definitely think this is more of a niche offering. While the premium isn’t unreasonable, I’d say this all comes down to whether you value standby or same-day confirmed flight changes.

To Southwest flyers, what do you make of Wanna Get Away Plus fares?

Completely agree. Even pre-Covid, WN was hardly cheaper - if at all - than the US3 for any route where there was even the slightest overlap. Several times they were considerably more expensive. On the rare occasions where they <i>were</i> cheaper, it was by a few dollars - certainly nothing that would sway me to choose no seat assignments and then their silly water-only Covid drink policy. I'm not quite sure what market segment they're hoping to capture anymore. Niche, point-to-point routes serving secondary cities flown by people who must check a bag and don't want to pay? People who don't fly frequently enough to know that the WN fares of the 80s/90s no longer exist? Anyone with firing neurons who can do a modicum of investigating can see there's minimal value proposition of flying WN anymore outside a few specific circumstances.

Even their "wanna get away" prices are now too expensive. WN has completely forgot its roots.

Yea and all of the flights are outrageous. 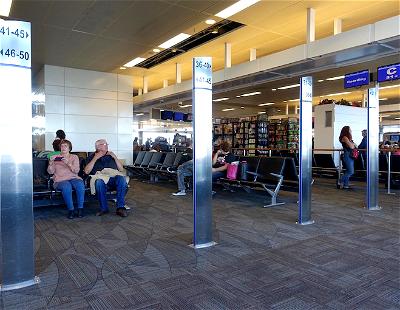 106
Southwest’s Boarding Process: Why I Both Love And Hate It