A couple got married on a Southwest Airlines flight a few days ago, and apparently it wasn’t planned.

Why a couple got married on a Southwest Airlines flight

According to the story, on Tuesday, April 19, 2022, Pam and Jeremy joked that they should hop on a plane and get married in Las Vegas. They both quickly realized that the other wasn’t kidding, so they booked a flight for Sunday, April 24, 2022, on a competing airline.

The couple was scheduled to fly from Oklahoma City (OKC) to Dallas (DFW) to Las Vegas (LAS), and after flying from Oklahoma City to Dallas, they arrived at DFW and found out that their connection was canceled (presumably they were flying American Airlines). While that was bad luck, things got better from there:

Below are some pictures Southwest Airlines shared of the inflight wedding.

What an awesome story!

This isn’t the first time we’ve heard of someone getting married inflight. For that matter, roughly a year ago a Southwest Airlines pilot got married inflight. What sets this latest story apart is that it wasn’t planned this way, but rather was an on-the-spot decision.

However, a lot of things had to happen for it to play out this way:

I’m going to take all of this at face value, but suffice it to say that a lot of stars had to align for this to play out the way that it did.

On Sunday, a couple decided to get married onboard a Southwest Airlines flight from Dallas to Las Vegas. The couple was traveling to Las Vegas to get married (which was a spur of the moment decision to begin with), and then several factors combined to make this a reality.

What a story, and all the best to the newlyweds!

What do you make of this Southwest inflight wedding story?

For the rest of us, you not flying SWA is more of a reason to pick that airline. And congratulations to the happy couple

Wedding on a plane. Cute. Wonder where their divorce will be held.

This story, these pictures, all I can say is 'Murica! 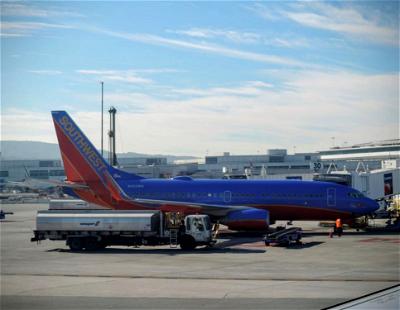