Nature-focused luxury hotel brand Six Senses, which is owned by IHG, is planning on opening a hotel in a pretty spectacular setting. The 94-room Six Senses Svart is expected to open in 2024 in Norway, in the Arctic Circle. This property has been under development for a while, but it has just been announced that it will be branded as a Six Senses.

The word “Svart” means black and blue in old Norse, and is a reference to the natural heritage of the ancient Svartisen glacier. The hotel will be located in the Holandsfjorden fjord, right by the Svartisen glacier. Since the property is being built in the Arctic Circle, you can expect lots of sunlight in summer, and lots of darkness (and hopefully Northern Lights) in winter.

Sustainability is a focus for Six Senses, and given the fragile environment the property is being built in, even more effort has gone into that than usual. As Neil Jacobs, Six Senses CEO, describes this property:

“Sustainable properties call for extraordinary creativity, and Six Senses Svart takes us to a whole new level in terms of pushing boundaries. The concept has become bigger than the project itself, as it will provide a futuristic showcase for what can be achieved in terms of sustainability and energy solutions, and therefore a blueprint within our hospitality industry and the development sector in general.”

It’s stated that the property will be off-grid and carbon neurtal:

This property looks amazing, and will be part of IHG

First of all, this is probably the most amazing-looking hotel I’ve ever seen. If it’s half as spectacular as it looks in renderings, it’ll be awesome. I had such a good time visiting Longyearbyen, Norway, several years back, which is the world’s northernmost settlement. However, it was far from luxurious.

To see a luxury hotel open in a setting like this seems so cool. This would of course be fun in summer, when there’s constant daylight, though it would also be special in winter, for the coziness and to hopefully get to see the Northern Lights.

The other cool angle here is that IHG now owns Six Senses. Six Senses properties are slowly being integrated into IHG’s loyalty program, so hopefully that process continues.

Six Senses Svart is expected to open in 2024, and will be located right next to a glacier in Norway. Six Senses has some special properties that are off the beaten track, though this might be the coolest addition yet.

Personally I kind of view Six Senses as being the new Aman — Aman used to open hotels in remote locations, but since being sold, Aman is simply cashing in, and opening hotels in places like Los Cabos, Miami, and New York.

Anyone else super intrigued by the Six Senses Svart?

The hotel looks cool, but I have to say it does look like a blemish/scar on a really beautiful pristine natural landscape. If you care deeply and foremost about cool luxury hotels, you'll like this. But I can't help but feel that this ruins this fjord. I hope Norway doesn't transform into a place where the beauty, natural wonder, and remoteness are just commodified into luxury experiences like this. A huge part of the charm, and the experience, of this part of Norway, is the quiet, the peacefulness, the non-resort, non-chain-hotel quality of it.

They don't; it's a marketing gimmick for suckers who don't want to feel bad about travelling first class across the globe to see the place. Within the Arctic circle, there will be days in the winter when the sun does not go up at all. Of course, all it takes for solar energy to fail is just a cloudy day. They claim self-sustainability by planning to keep the net consumption negative, on average through the year. This means feeding power into the grid during summertime when the sun is shining. Obviously this does NOT make them "independent from the power grid" by any means. If they really were, they wouldn't hook up the property to the grid in the first place. In any case, Norway relies mainly on hydropower, which is fairly sustainable compared to the alternatives.

If it was up to the so called environmentalists everyone would live in NYC or SF. They want to turn the rest of the world into a National Park with no thoughts on how that effects the rest of us who need to make a living. I live in Alaska and we are constantly battling this in regards to our fishing, mining, timber and energy production industries. I like seeing responsible developments that are environmentally conscious but some people are never satisfied! 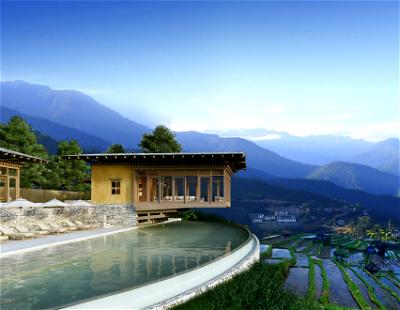