Ryanair is known for having its fair share of rowdy passengers, though this is on a different level…

Ryanair passengers have inflight rave on Edinburgh to Ibiza flight

Daily Record has the story of a Ryanair flight from Edinburgh (EDI) to Ibiza (IBZ), where chaos erupted onboard. While this flight allegedly took place in late September, it’s only now getting media attention. That’s because some passengers had filed a complaint with the airline, but only received a form response on November 26. So a couple is now coming forward with their story, and even video footage from onboard.

According to passengers, there was a group of roughly 70 travelers who were partying the entire flight, making it three hours of “horrific” travel hell. It’s not just that this group was excited to go on vacation, but they were partying in the aisle, blasting music on speakers, downing full-size bottles of spirits that were purchased at duty free, and harassing other passengers.

Here’s how a passenger describes what the atmosphere was like onboard:

“There was no control over that plane at all. It was horrific from the minute we got on. There were about 70 of them who all came from the same area. They had a big black speaker at the highest volume you could get which was blaring for three hours.”

“They were banging on the roof, taking their tops off, and opening their drink that they had bought at duty free. The only time Ryanair came near them was to serve them more drink. I didn’t even want to go to the toilet because they were getting drunker and drunker.”

“My husband went to the bathroom and on his way back, this guy hit my husband’s hand as if to do a high five but then gave him the fingers. The other passengers were getting really annoyed at this behaviour and it could have erupted into a full-blown war.”

“People were scared to go to the toilet but they were scared they were going to get head-butted or hit with a bottle of Grey Goose that was flying about that they had bought at duty-free.”

Based on video footage shared of the flight, it would appear that this situation was every bit as bad as it’s being described, and that this wasn’t an exaggeration.

This is terrible, even by Ryanair standards

Look, I feel bad for Ryanair flight attendants, and they deal with a lot — they don’t even work directly for the airline (rather they work for a third party, to maximize productivity), and at least historically they’ve had a quota of how many scratch cards and drinks they have to sell per day.

It’s one thing if passengers are having a little bit of fun (as often happens on Ryanair), but everything points to passengers on this flight having completely crossed the line. Heck, consuming your own alcohol is a violation of aviation regulations. These passengers weren’t even subtle about it — they were drinking out of handles purchased at duty free.

The crew allegedly didn’t do much to manage the situation — the flight didn’t divert, and police didn’t even meet the flight. When Ryanair customer service responded, the couple claimed that the company “took no responsibility and gave no assurances that it wouldn’t happen again.”

According to the traveler:

“The response from Ryanair was a joke. I didn’t expect any else though to be honest. They’ve got you there because it’s cheap flights but even though it’s a bargain, you shouldn’t have to go through that. Passenger safety comes first.

“When we went to land, there was a storm which was bad enough. The air hostess was shouting over the speaker to sit down or the plane wasn’t going to land because they were all still standing up.”

“There were no police waiting for them at the airport. I understand that they were happy and excited about going on their holiday. I’ve flown to Ibiza for the last 16 years to the same wee place. I’ve seen a bit of partying on the flights before but nothing like this.”

A Ryanair spokesperson had the following to say regarding this incident:

“A group of passengers on this flight from Edinburgh to Ibiza became disruptive mid-flight. To diffuse the situation and minimise any disruption to passengers, crew made several announcements throughout the flight and refused to serve more than two alcoholic drinks to each passenger. Passengers ceased their disruptive behaviour before landing safely in Ibiza.”

So Ryanair’s defense is that the crew only sold two additional drinks to each passenger who was already consuming their own alcohol? C’mon…

An Ibiza-bound Ryanair flight in late September had some unbelievably poorly behaved passengers. There was allegedly a group of 70 people who were partying in the aisles, playing their own music on speakers, consuming their own duty free alcohol, and taking their tops off, while the crew did very little to manage the situation.

Maybe I need to book a Ryanair flight to Ibiza next summer. I feel like it would make an interesting review…

What do you make of this Ryanair incident?

A flight from an UK country to Ibiza. What could go wrong?

European regulators honestly have allowed these low-cost airlines in particular Ryanair to get out of control. They do as they please and there is no oversight. It's literally an accident waiting to happen.

Then maybe it's time for airlines to reconsider service to Ibiza. 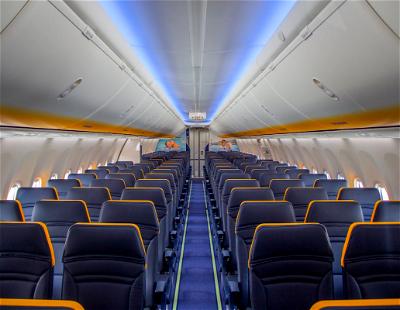 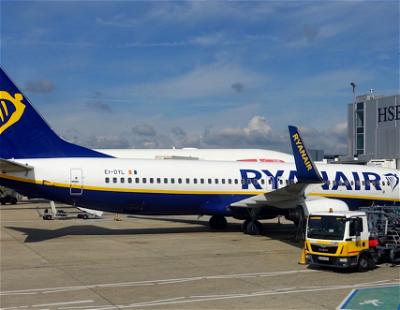