The planes came within seconds of colliding, and this was only avoided thanks to another crew radioing a warning about the conflict. The Volaris Airbus A320 ended up initiating a go around, but must have been within 100 feet or so of the jet on the runway.

Below you can see video footage of this very close call.

The Volaris jet on the runway ended up departing a few minutes later, while the Volaris jet that initiated the go around successfully landed with the next attempt.

Suffice it to say that incidents like this are extremely rare. While go arounds happen all the time (including due to traffic on the runway), it’s typically not this last second due to not realizing there’s a plane on the runway.

The worst part? According to The Aviation Herald, Mexico’s Ministry of Traffic claimed not to have a report about the incident. That doesn’t exactly paint a picture of a great safety culture, if an incident this serious isn’t reported to authorities and investigated.

The timing of this latest incident is interesting, because around the same time there have been general concerns raised about safety in Mexico City’s airspace.

In March we saw the opening of the new Felipe Angeles International Airport (NLU). This is a new airport to the north of Mexico City, which is a converted former military air base. The issue? Air traffic controllers have allegedly been insufficiently trained to operate the newly configured airspace, leading to an increase in incidents. It’s also claimed that air traffic controllers aren’t using standard phraseology in their communications with flight crews.

Pilots and airlines have written letters to the Mexican Airspace Navigation Services to express concerns over the increasing number of close calls in the airspace.

According to the letter:

“As you know, these alarms, without the quick action of the flight crew, can lead to a scenario of controlled flight into terrain, CFIT, considered by the industry to be one of the highest risk indicators in operational safety, and with the highest accident rate, as well as fatalities.”

“It would appear that with the opening of this newly converted airport, (air traffic control) has apparently received little training and support as to how to operate this new configuration in the airspace.”

In 2021, the United States Federal Aviation Administration (FAA) downgraded Mexico’s aviation safety rating, from a Category 1 to a Category 2.

A Category 2 rating means that the country’s laws and regulations lack the necessary requirements to oversee the country’s air carriers in accordance with minimal international safety standards, or that the civil aviation authority is lacking in one or more areas, such as technical expertise, trained personnel, record keeping, inspection procedures, or resolution of safety concerns.

So while that’s not specific to the situation in Mexico City, it does seem like some oversight is lacking in Mexico’s busiest airspace.

All of this comes at the same time that a variety of airlines have raised safety concerns about Mexico City airspace, as there have been an increasing number of incidents.

What do you make of this Volaris incident at Mexico City Airport?

This story is missing a few critical details: - Mexican President Lopez Obrador rushed to open a new airport as a replacement for the current airport. - There have been an alarming number of incidents involving either near collisions on runways, planes circling until fuel is dangerously low or close calls with controlled flight into to terrain as pilots are asked to go into holding positions prior to landing. - Air traffic controllers have been complaining for some time that they haven't had sufficient training to adjust to the newly configured airspace with two airports instead of just one. - Most importantly, Victor Manuel Hernandez, director of the Mexican Navigation in Airspace Service (SENEAM) resigned last week after they initially denied complaints about worsening safety. This seems to suggest that the dangers are real, although two Mexico City newspapers have suggested that the order to ignore pilots and air traffic controllers came from the presidency. Both papers drew parallels to the recent collapse of a segment of the newly inaugurated Metro Line 12. This appears related to the president's promise to deliver infrastructure within the time frame of a six year presidency. I, too, wish that the proposed airport had been built. While it had the bloat typical of large scale federal projects, there is no real pathe for the newly inaugurated airport to relieve congestion as it adds two hours of road travel to every journey.

It's really sad as Mexico City is a fantastic place to visit with amazing food and people. They also were going to get an amazing new airport but they lost that too (the military airfield one was not the original plan and is a lot worse for many reasons)

As a Mexican I have to say that the current government is a disaster, among other bad things they put inexperienced people in charge of air operations. The inept person who was in the control tower that day gave the order to the plane to land without paying attention to what he was doing, it is even rumored that he was distracted looking at his cell phone, which is forbidden for control tower employees. By pure miracle the two planes did not collide, Volaris management is furious and demanded the government to fix the problem as soon as possible. Let's hope they do something, because this is a time bomb. 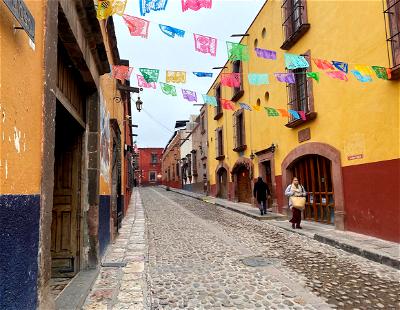 51
Impressions From Our Trip To San Miguel De Allende 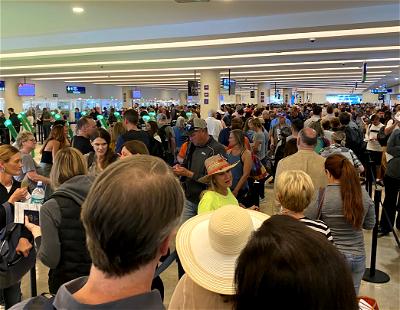 156
Cancun Airport: Where Immigration Takes Longer Than The Flight 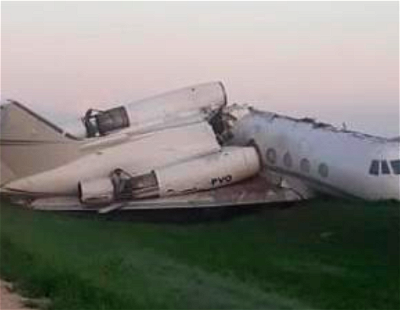