While you won’t be able to redeem points for stays here, there’s a pretty cool new luxury hotel opening in the United States at the end of the year, which I think is worth highlighting.

Montage is a luxury hotel brand that sometimes flies under the radar — the company only has half a dozen hotels open, but they’re all highly regarded. The Montage Big Sky is scheduled to open on December 15, 2021, and it’s probably the most highly anticipated new ski resort in the United States (and it better be, given the $400 million price tag).

While Big Sky is known for its beautiful nature and top notch skiing, it’s a destination that doesn’t currently have any luxury hotels. That will be changing with the new Montage, which will feature 150 rooms and suites, as well as 39 residences.

This really will be a year-round destination, given the ski-in/ski-out access to Big Sky Resort in the winter, and the easy access to Yellowstone National Park in the summer, as it’s just a 45 minute drive away.

But the resort will be a destination in and of itself. Some of the amenities of the hotel will include:

Big Sky is located about 50 miles from Bozeman Yellowstone International Airport (BZN), which features nonstop flights from many major US cities.

At the moment pricing at the Montage Big Sky is really steep, generally $1,500+ per night in winter and $800+ per night in summer (and on many dates it’s way more than that). I think we’ll eventually see some lower prices, though I’d note that:

If you are going to book the Montage Big Sky, I’d highly recommend booking through a Virtuoso travel advisor (you can even do so online, or Ford is happy to help, and can be reached at [email protected]). You’ll generally pay the same rate you’d pay when booking directly with the hotel, and will receive the following additional amenities:

The Montage Big Sky will open in late 2021, and should quickly become one of the most luxurious ski resorts in the United States. While most luxury United States ski resorts are in Colorado, Utah, and Wyoming, we’ll now see a great new option in Montana. The hotel looks gorgeous, from the location, to the incredible spa, to an indoor bowling alley.

Unfortunately Montage doesn’t have a loyalty program, so your best bet for booking the hotel is to go through a Virtuoso travel advisor, who can add perks like breakfast and a hotel credit. At the moment luxury hotels in the United States are priced as high as ever given the amount of demand and peoples’ preference to travel domestically, so hopefully we see rates drop a bit over time.

What do you make of the Montage Big Sky?

Yeah it's been about 4 years. Our club would normally have been back for 2022 but we failed to anticipate the pent up demand and by the time we started booking trips there was no space available in our group's price range. But I think we'll be back in 2023. Loved staying at The Summit but they've now raised their prices too much so we just stayed at the Huntley last time. At least it's still ski-in/ski-out.

I ski at Big Sky regularly. The Montage is being built at the Spanish Peaks club, which is a private mountain living community. The lift and runs that end at Spanish Peaks are operated by Big Sky and allow access to the larger resort. To get to the main Big Sky base area from Montage/Spanish Peaks base, you would take the Lewis and Clark lift up, then ski down to the base of Sacajawea lift, which takes you to the top of Andesite mountain, then ski down to the main resort base village. It’s ski in and ski out but takes some work to get to the main resort base.

Big Sky is one of my very favorite resorts. It's worth noting that this property does not appear to be ski-in/ski-out. I'm sure there's a complimentary shuttle to the resort base but if the location on Google Maps is correct, you won't be able to be able to hit the slopes from your back porch. 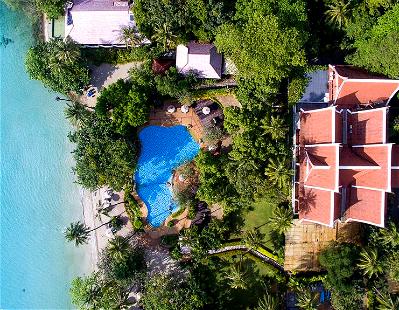