People try to travel with some pretty strange things, but this is on a completely different level.

Man tries to fly from Germany to Singapore with alligator

Süddeutsche Zeitung reports on how in late September 2022, a 42-year-old American man tried to fly from Munich to Singapore with a live albino alligator in his luggage. This is an extremely rare type of alligator, and there are estimated to be under 200 of them left in the world.

The way this unfolded, security personnel screened a bag, and noticed a strange-looking object in it. They immediately contacted customs officials. When they opened the bag, they found a roughly meter-long alligator wrapped in cling foil. The alligator was completely wrapped, except its nostrils. Suffice it to say that this posed an immediate danger to the reptile’s life.

Immediately following the discovery, German authorities took custody of the animal, and it’s once again back in good health after spending time in an animal sanctuary. The traveler now faces criminal charges for violating Germany’s Species Protection and Animal Welfare Act.

The investigators allegedly demanded a high five-figure security deposit from the traveler and confiscated his mobile phone. After that, he was allowed to continue to travel to Singapore, though of course he still faces punishment.

Details of the incident were only released weeks after the findings, so as not to jeopardize the investigation into the smuggling. It’s believed that the man was trying to smuggle to animal to Singapore to resell it, as albino alligators allegedly sell for up to 75,000 euro in Asia.

Having lived in Florida for most of my life, and being a dog lover, I can’t say I’m a huge alligator fan in general. I spent my childhood trying to walk our dogs and avoid the massive alligator that often sunbathed on the side of our property.

But of course they also deserve to live, and I’m happy this smuggler was caught. While I can appreciate that people collect some weird things, does anyone know what happens to these alligators when they’re illegally sold? Does someone want a pet albino alligator in their home, or would this rare alligator be turned into a few handbags and pairs of shoes?

An American man tried to travel from Germany to Singapore with a meter-long albino alligator in his luggage. Fortunately he got caught, and the animal was rescued. How cruel, selfish, and greedy, to try to transport an animal in this way, let alone to illegally trade an animal this rare.

What do you make of this albino alligator story?

Targeted ads are based on your internet activity, not Lucky's advertising. So if those are the ads you're seeing, there's probably a good reason for it.

Maybe he should have not put it in baggage and instead declared it his emotional support animal.

It becomes someone’s pet. If they just wanted it for the hide and teeth, they would kill it first and tan the skin and remove the teeth. Much easier to smuggle that way. 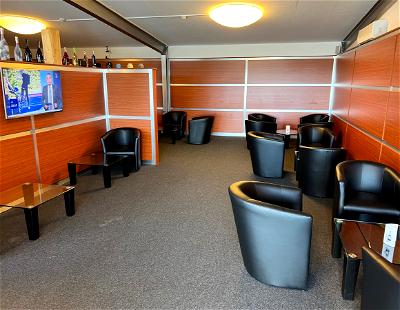 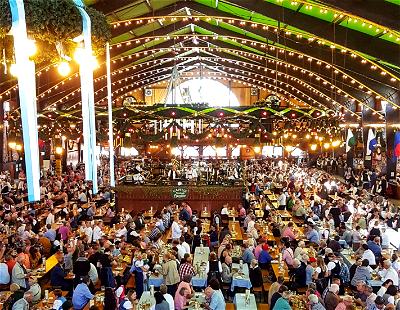 39
Tips For Visiting Oktoberfest In Munich