Israel will be introducing an interesting aircraft ban in early 2023, and I can’t help but wonder what the real motivation is for this.

As of March 31, 2023, the Israel Airports Authority (IAA) will be banning four engine planes from operating to & from Israel. Popular planes with four engines include the Airbus A340, Airbus A380, and Boeing 747.

Currently no airlines fly four engine planes to Israel, though there are occasionally cargo flights operated by such planes. EL AL used to fly Boeing 747s, but retired those in 2019.

It’s stated that this ban is being implemented over environmental, noise, and sustainability concerns.

Specific exceptions can be granted to this rule, though. Presumably there could be an exception in the case of an emergency landing, or if a government plane (like Air Force One) made a visit to Israel.

I’m a little confused by this ban on Israel’s part, since I’m not sure exactly what issue this is addressing? As mentioned above, no airlines currently fly planes with four engines to Israel. Looking at the logic:

The only logic I can come up with here is wondering if Israel is just trying to ban Emirates from flying Airbus A380s to Tel Aviv? The Dubai-based airline recently started flying to Tel Aviv with 777s. Nearly half of Emirates’ fleet consists of A380s, and there has been speculation that the airline might eventually fly A380s there.

I’m not sure what the motive would be, but realistically the primary implication here would be preventing Emirates from flying A380s to Israel.

This one is puzzling to me…

What do you make of Israel banning planes with four engines?

(Tip of the hat to DansDeals)

We'll keep this in mind the next time Israel is looking for yet more aide.

India never "banned" the A380 - it did not approve A380 operations until the airport infrastructure was upgraded to support the aircraft.

First the A380 is not competitive with other widebody aircraft not because of 4 or less engines but because of the generation of engine that powers the aircraft. The 747-8 is also 4 engine but is powered by new generation engines and burns anywhere from 10-20% less per seat; fuel burn per seat obviously depends heavily on the configuration of the aircraft and that is subjective to airlines. The very reason why Emirates pushed for an A380neo was because the A380's fuel efficiency per passenger fell as soon as new generation widebodies including the A350/A330neo and B787 began service. And there are far more previous generation powered cargo aircraft than passenger aircraft including among twins. The B767 and B747 are popular freighters but burn more fuel than the B747-8F which has new generation engines. If Israel's intent is environmental, they would focus on the generation of engines - although there are global standards for aircraft fuel efficiency and access to airports. If the intent is to keep out the A380, they will likely harm air cargo companies more than Emirates with a 4 engine rule. 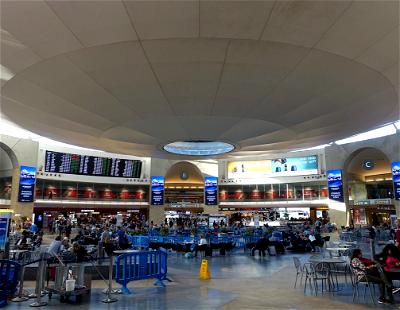