Hilton Honors is increasingly trying to monetize upgrades, even for elite members who should be eligible for complimentary upgrades. This isn’t necessarily all bad news, but I have concerns.

While most airline passengers check-in online nowadays, the concept hasn’t caught on quite as much with hotels, since it’s largely kind of pointless. You typically still have to go to the front desk, and a hotel check-in experience is generally more personalized than with an airline.

In fairness, Hilton probably has the most robust online check-in feature, as you can even select your specific room from within your assigned category. Along those lines, Hilton is rolling out a major change to online check-in for elite members, as noted by View from the Wing:

This creates a conflict of interest for hotels

So per the terms, a Hilton property doesn’t have to upgrade a Diamond member to a suite, even if it’s available (I know OMAAT’s most passionate commenter will be along shortly to disagree, but, um, he’s wrong, so…).

I think the conflict of interest here is obvious. Hotels are being encouraged to provide complimentary upgrades to guests in advance, but hotels are also being told they can greatly increase ancillary revenue by selling upgrades to elite members. Presumably most upgrade options that hotels will try to sell to Diamond members will be to rooms that they may in theory be eligible to be upgraded to, at the hotel’s discretion.

Following Hilton’s guidance, what property wouldn’t logically say “well maybe we shouldn’t upgrade elite members in advance, and instead should try to sell them an upgrade?”

Now, in fairness, in some cases this change might not be terrible for consumers. There are plenty of hotels that just don’t want to upgrade elite guests much, and paid upgrades at check-in can often represent significant savings over the standard cost of a premium room. So if you know a hotel isn’t going to upgrade you further, you may appreciate the opportunity to at least pay for that upgrade. I mean, ideally it wouldn’t be that way, but…

Hilton is rolling out its paid upgrade program during online check-in for Gold and Diamond members. Hotels are being told this is a great way to increase ancillary revenue, though that kind of seems at odds with hotels being encouraged to upgrade elite members in advance.

I’m curious to see how this situation unfolds, because on the surface it kind of seems like a slap in the face to sell an elite member an upgrade they should in theory be eligible for on a complimentary basis.

What do you make of this Hilton paid upgrade change?

This year I decided to become a free agent with my hotel stays. I’m a Hyatt globalist but won’t re-qualify and besides I can count one one hand the number of times I’ve received any upgrade from them this year. I’m lifetime titanium elite with Marriott but that means absolutely nothing to them so I don’t favor them either. Now I just book the hotel and room most convenient for me.

"Hilton is telling hotel owners that this change is intended to drive incremental revenue among elite members" You know what would "drive incremental revenue among elite members"? Bring back a real breakfast benefit. When I'm traveling for work I can expense meals. When I'm taking my girlfriend on vacation (you know, the girlfriend who puts up with my endless travels most of the calendar year), I want a free breakfast. Nothing worse than having to explain to her that my loyalty to [insert hotel brand here] gets us nothing more than lukewarm coffee and a stale sugary muffin because the hotel brand is too cheap to force the owner or management to provide powdered eggs and sugary ketchup.

All I ask for is a clean room and non smoking. I can care less about upgrades. I get what I reserved. Even as a diamond I don’t care, Just like comp upgrades on a plane. If I wanted it I should have bought it 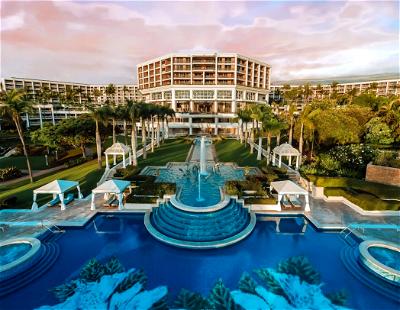