During the pandemic we’ve seen more unruly airline passenger behavior than ever before. In order to combat this, in early 2021 the Federal Aviation Administration (FAA) introduced a zero-tolerance policy for bad behavior, whereby the agency is asking for a stricter legal enforcement policy against misbehaving airline passengers.

We’ve seen the agency propose all kinds of fines against passengers, and on Friday the FAA proposed its biggest-ever fine.

The FAA has just threatened to fine two passengers a total of $159,000+ for their behavior on two separate flights in July 2021.

One passenger is facing an $81,950 fine, and that involves an American Airlines flight from Dallas (DFW) to Charlotte (CLT) on July 7, 2021. The FAA alleges that:

The passengers have 30 days from the time that they receive a letter from the FAA to respond to the agency.

In my opinion the FAA has done as good of a job as it possibly could with its zero-tolerance approach toward unruly passenger behavior. The problem is that the agency only has so much power:

The FAA claims that its zero-tolerance approach toward unruly passenger behavior plus its public awareness campaign has decreased the rate of unruly passenger incidents by 60%, but that “more work remains.” I can’t help but wonder if that’s really what any decrease in bad behavior can be attributed to:

The FAA is continuing to propose fines against misbehaving passengers, and has just announced the two biggest fines yet. One passenger is facing an $81,950 fine for her behavior on a July 2021 flight, where she pushed, hit, heatbutted, spat at, and tried to kick, flight attendants.

I commend the FAA for continuing to take action against these passengers, though I wonder how much this actually impacts behavior…

What do you make of the FAA’s fines against passengers?

It's not an infringement of rights. Flying on a commercial aircraft is not a right, it's privilege you pay for, and one with certain conditions. If you don't like the conditions associated with the transaction, don't do it. But it is not a right you inherently possess. Abuse it and you lose it. You have to wear a shirt in a restaurant to be served, but you don't see people crying false outrage over being made to wear a shirt.

The same type of mouth breathers who try to violently overthrow the government after a legitimate election win...?

Neither of these incidences were related to masks, and the punishments had nothing to do with breaking mask mandates, so your argument holds no water and just shows that you can’t grasp the issue and want to blame everything in what you see as the injustice of wearing masks. That’s a separate debate (masks) and one worth having, but these 2 cases are not about that at all and just show your ignorance more than anything else. 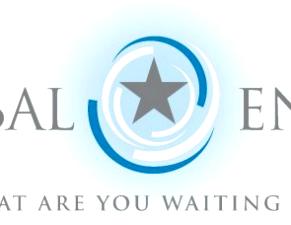 42
Global Entry With Kids: What You Need To Know