Emirates A380 flight canceled due to Narita Airport curfew

Emirates flight EK319 is scheduled to depart Tokyo Narita Airport (NRT) at 10:30PM and arrive at Dubai International Airport (DXB) at 5:30AM the following morning. While flying the Emirates Airbus A380 is usually a treat, that wasn’t the case for the nearly 500 passengers booked on this flight on Friday, December 23, 2022.

This incident came about due to a minor maintenance issue, which ended up causing much bigger issues due to the airport’s curfew. So, what happened? According to the reader:

So at this point you have nearly 500 passengers in the Narita Airport terminal in the middle of the night. What happens next? Well…

Emirates’ terrible handling of this situation

When passengers were told to enter the terminal, they were expecting to be given hotel vouchers. They were instead handed sleeping bags and bottles of water, and told that the flight was rescheduled for 3PM that day, around 16.5 hours behind schedule.

At this point a few passengers (including the OMAAT reader) allegedly confronted the Emirates station manager, who claimed to have been unable to find rooms for everyone. He insisted that everyone must stay in the airport and that it’s not possible to leave. His tone changed after the CEO of a major Japanese company (who was on the flight) threatened legal action.

Finally by 3AM, the three people who had approached the manager were told that they could leave (of all the passengers, only a total of six were allegedly allowed to leave the airport). By 3:15AM, the reader was through exit immigration, with a “did not depart” stamp in his passport. There was a single taxi at Narita Airport at this point, so the three of them split that taxi, and fortunately they all lived in the same neighborhood.

Based on social media posts, it would appear that hundreds of people ended up having to sleep in the terminal in sleeping bags.

When the reader returned to the airport, the queues were allegedly ridiculous, and people were still asleep everywhere. He was told to go to the lounge instead. The lounge looked like it had been looted, and there wasn’t even bottled water anymore.

The flight finally ended up departing at around 4PM, and then arrived in Dubai after 10PM, around 16.5 hours behind schedule.

This situation was horribly handled

While airlines operate pretty reliably when you consider how complex operations are, sometimes things go wrong. That’s especially true if you have an airport with a curfew, and a flight that is only scheduled to depart a short time before it — any minor technical issue can lead to an overnight delay.

Airlines have a duty of care for passengers, especially when the delay is within the carrier’s control (which is what a maintenance delay is). We don’t know exactly to what lengths Emirates went to find accommodations for passengers. Presumably there were collectively 500 hotel rooms available somewhere, though maybe not near the airport, and maybe only in smaller blocks.

Regardless, giving passengers sleeping bags and telling them to fend for themselves, and not giving them the option to leave the airport, is unreasonable. Of the 500 passengers, I imagine a good number of them had a place to stay in Japan (presumably many were from the Tokyo area), yet it’s believed that only a total of six passengers were allowed to leave the airport, and that was based on pressuring the station manager.

I don’t envy the job of airline employees in the case of irregular operations, but an airline should be able to do better than this…

An Emirates Airbus A380 from Tokyo to Dubai was delayed by over 16 hours, after a minor maintenance issue causes the flight to miss Narita Airport’s curfew. Rather than finding hotels for passengers, the airline instead gave passengers sleeping bags, and told them to camp out in the terminal for the remainder of the night and most of the day. That’s not a great showing on Emirates’ part…

What do you make of this Emirates delay at Tokyo Narita Airport?

Is there ever a story about a middle eastern carrier handing a situation like this well? When a country doesnt care about people, you cant expect them to be bothered how badly they treat a plane load of passengers.

Considering how much airline bedding needs to be laundered every day that is probably not a big issue. This is Japan, not the US, they will be properly laundered before being stored again.

Unfortunately, that math checks out for My Fisher Price airline. It moves a lot of people around, but a class act it is not. I feel sorry for the passengers who just took the crap cards they were dealt. It would be interesting to learn who was the heavyweight in this decision, EK or NRT. 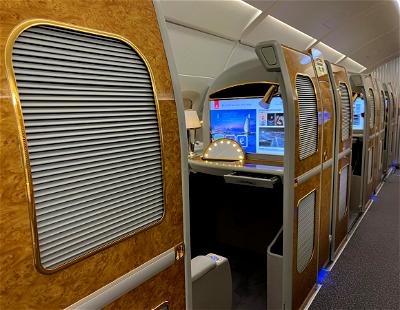 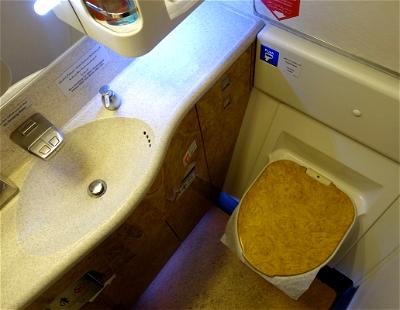