In the summer of 2023, Delta will offer a 4x weekly flight between Detroit (DTW) and Keflavik (KEF). The route will operate from May 15 through October 27, 2023, with the following schedule:

How this fits into Delta’s service to Iceland

Delta exclusively operates seasonal service to Iceland, so for a broader look at the carrier’s route network to Iceland:

In the past, Delta has also operated a route to Iceland out of Boston (BOS), though there are no plans for that to be resumed in 2023.

Since this new Detroit route is clearly a last minute addition in response to Icelandair, I’m curious to see if Delta reduces frequencies at all out of Minneapolis, or if this simply results in a significant increase in net capacity to Iceland.

Delta will be adding a route between Detroit and Keflavik in the summer of 2023. This route is obviously a competitive response to Icelandair, which is launching the same route — Delta is even beating Icelandair to the punch by a few days.

You can expect Delta to operate this route 4x weekly using a Boeing 757. Unlike Delta’s other service to Iceland, this route won’t have a business class cabin, though.

What do you make of Delta adding a Detroit to Keflavik flight?

This reminds me a few years ago when Wow launched flights from KEF to DFW, prompting Icelandair and American to do the same - 3 airlines! Wow of course went bust, the other 2 airlines then had no reason to continue this route, and it quickly went from 3 airlines back to 0 on the route. (And American doesn't fly to Iceland at all!)

They didnt fly it either. Northwest never flew to Iceland. I worked in Network Planning for Northwest back in the day and can tell you we never flew there nor was it ever considered. It's a factually incorrect statement that I'm not sure where it came from.

Fantastic to have this flight! 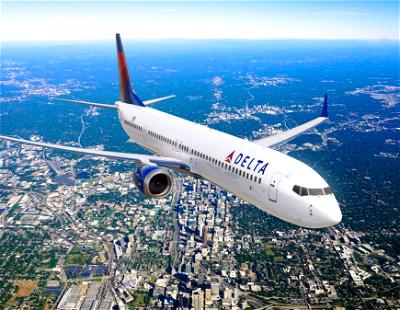