While this is probably a case of “all’s well that ends well,” this is still a pretty noteworthy incident, as reported by The Aviation Herald.

This incident involves a nearly 20-year-old Delta Air Lines Airbus A330-300 with the registration code N802NW. The plane operated DL134 from Detroit (DTW) to Amsterdam (AMS), departing on the evening of January 11, and landing on the morning of January 12.

The plane was coming in to land at Schiphol Airport, and was assigned runway 22, which is 6,627 feet long — that’s the shortest runway at the airport. With good weather conditions, this runway wouldn’t ordinarily be used for jets this size. However, winds at the time were 27 knots and gusting to 38 knots, and the winds were almost a direct headwind for the runway, which is why this was being used for many arrivals.

Unfortunately at 7:52AM local time, the aircraft’s main landing gear touched down ahead of the paved surface of the runway, in the grass. This was roughly six feet ahead of the start of the paved runway. It’s also worth clarifying that the pilots weren’t just six feet off here with their landing — the “aiming point” for landing is quite a bit further down the runway.

This landing caused damage to two runway threshold lights. Fortunately no one was injured, and the plane rolled out without further incident and taxied to its gate.

The runway was closed for around an hour following the incident, for repairs to the runway lights to take place. Dutch investigators are now examining the incident. I’m curious what comes of the investigation — what caused the pilots to touch down so early, and should they have accepted this runway assignment?

Below you can see a picture that shows where the plane touched down.

The A330 will be ferried back to the United States

The Airbus A330 involved in this incident was supposed to operate Thursday’s Amsterdam to Boston flight, DL259. That flight ended up being canceled.

Instead the current plan is for the plane to be ferried back to the United States this afternoon. Specifically, the plane is expected to be flown to Minneapolis (presumably for maintenance) at 4PM on Friday, as DL9936. It’ll be interesting to see how quickly this plane is back in service.

A Delta Airbus A330 touched down in the grass at Amsterdam Schiphol Airport, just six feet short of the start of the runway. The plane was landing on a short runway in not ideal weather conditions, but of course that doesn’t excuse or explain what happened.

While some runway lights were taken out, fortunately it seems the plane hasn’t sustained major damage, and no one was hurt. I imagine this could have ended very differently if the plane had touched down even earlier.

What do you make of this Delta landing incident?

It's likely your automation was partly to blame. The Airbus is fly-by-wire and it cannot be completely hand flown to a landing. 27kts gusting to 35 is a very strong headwind but also very variable. If the wind suddenly dropped 10kts as they approached the threshold, the aircraft would suddenly lose a portion of it's lift, causing it to drop. Interesting they are flying the aircraft half way around the world for repair. That might indicate a software concern rather than mechanical.

Fly by wire does not exclude a manual landing. All fly by wire means is that the pilot makes inputs into the controls and the aircraft’s computer then decides what control surfaces to move to execute the desired result from the input. Additionally, as noted by Ben, the aircraft was short of the entire runway, not just the landing point. The desired touchdown point was 1000 feet from the threshold of the runway as there is no displaced threshold on runway 22 at AMS. There also does not appear to be any obstructions requiring a steep approach, and this runway has very little if any slope. Per Airbus the flair should start at 40 ft AGL in an A330. This should only occur at or past the threshold. The A330 has a VApp speed of 137kts. It’s doubtful that a 10kt change in headwind would cause an A330 to miss the landing point by 1000 feet short or drop 40 feet suddenly to the ground. A wrong altimeter setting may cause something like this in a GA aircraft with automation but no radar altimeter. I wouldn’t expect that to be an issue in the A330 which has a radar altimeter. Perhaps a microburst? Those are generally associated with thunderstorms, but don’t have to be. My only mildly informed opinion as a GA pilot with no specific knowledge of this case beyond what is presented here - it’s likely pilot error.

It looks like the aircraft has no big issue. According to flightradar24 it is scheduled to operate DL1301 tomorrow morning 6am. The ferry flight AMS-MSP will not arrive before 8pm tonight. So yes, there is a night stop which allows for some maintenance, but definitely not any major repair. 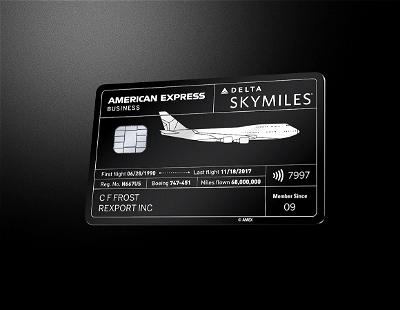