While most of us won’t have access to this, American Express is opening an exclusive new club in Manhattan in the coming months, as noted by View from the Wing.

The Amex Centurion Card (often referred to as the “Black Card”) is Amex’s famous invitation-only card, which has an initiation fee of $10,000, and a $5,000 annual fee. While the card offers some perks, cardmembers primarily hold onto this product for the prestige.

As reported on Reddit, Amex will soon be adding another perk for those with the Centurion Card. Specifically, Centurion New York will be opening soon, and is described as follows:

Opening this March, Centurion New York is a new luxury space spanning the 55th floor of One Vanderbilt in Midtown Manhattan, designed for Centurion Members. This modern oasis will feature casual and fine-dining experiences curated by Michelin-starred chef Daniel Boulud, a lively and chic bar serving signature cocktails, and a beautifully designed salon to relax and unwind. Centurion Members will also enjoy exclusive access to private rooms, programming, and events.

Purchases in Centurion New York will only be allowed with an American Express Card or cash. Reservations will be required, and there will be a fee to cancel within 24 hours of reservation time (though it’s not known how much that fee will be).

While Amex Centurion Lounges are known for being airport lounges with a great selection of food & drinks, this is a completely different concept. For one, Centurion New York is exclusively available to those with the Centurion Card, so those with the Platinum Card won’t get access to this.

Furthermore, presumably food & drinks won’t be complimentary here. Much like many of the other membership club concepts we see (like Soho House), the intent is that this will be an exclusive place to see and be seen, whether you want to bring friends or conduct business.

This isn’t the first place we’ve seen Amex introduce a concept like this. For example, in Singapore there’s Centurion Haus, a similar venue for those with the Centurion Card, located inside the Raffles Hotel.

This concept is very much intended to be bespoke, and I imagine that’s a large part of the appeal. You won’t really hear anything about this unless Amex wants you to know about it.

Centurion House New York will be opening in March 2023, and will be an exclusive space spanning the entire 55th floor of One Vanderbilt in Midtown Manhattan. You can expect this to essentially be a social club exclusively for those with the Centurion Card.

There will be a restaurant and lounge area, and presumably everything will be available for purchase.

What do you make of the Centurion New York concept?

Sort of like the Knickerbocker or NY Yacht without any of the social exclusivity.

It should be available to Platinum members. I spend a lot of money annually with this card, However, I do not see the benefits of playing $10k a year for a credit card (Black card) Good luck anyway Loyal customer, Karen

Boulud already has Le Pavilion on the second floor, so this is a relatively easy expansion. (Although opening a new space is never "easy.") The location is also across the street from Grand Central; good space to get Westchester commuters. 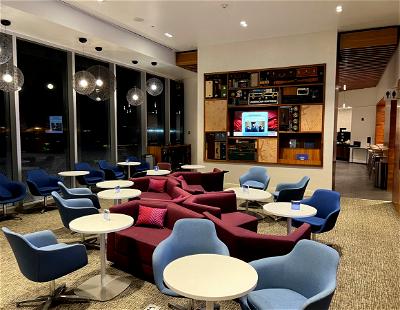 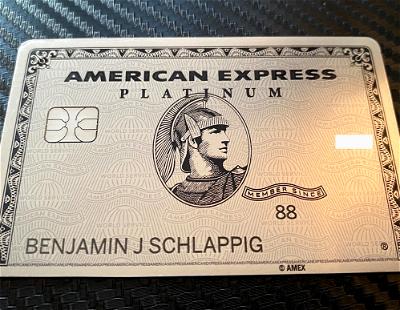