British Airways has just improved the value proposition of its Travel Together companion voucher issued with the British Airways Visa Signature® Card (review).

Use a BA Travel Together voucher for one traveler

The British Airways Visa Signature Card offers a variety of perks, and one of those benefits is a Travel Together companion voucher when you spend $30,000 on the card in a calendar year.

As the name suggests, historically this voucher has been intended for companions, meaning that you could have someone travel with you when redeeming Avios. You wouldn’t have to use any Avios for the second person’s ticket, but rather would just have to pay the taxes and (high) carrier imposed surcharges.

Thanks to a recent change, the British Airways companion voucher can be used for solo travelers, so that you can get 50% off the number of Avios required for a ticket. If you have a voucher in your account, just select that you want to use the voucher, but do a search for one traveler. On the results page you’ll see a note about how you can now use this for just one person.

For example, I found a British Airways first class award seat from Chicago to London for next week, and it’s bookable for just 40,000 Avios one-way for a single person.

Is this companion voucher change a big deal?

If you’re looking to maximize the British Airways companion voucher, you’re probably going to want to use it for two passengers. After all, that will result in the highest number of Avios saved, which is the point of the voucher.

That being said, I think one general challenge with earning the companion voucher is being able to predict what your travel will look like in the future, not to mention what award availability will be like. After all, it takes most people quite some time to spend $30,000, and then it takes some further time until the voucher actually posts to your account.

Even if you intend to use the voucher for two people, having the flexibility to redeem it for one person at a later point could come in handy. After all, it could be that you struggle to find award availability for two people, or that your plans of traveling with a companion have changed.

The companion voucher issued with the British Airways Visa Signature Card has just become more flexible, as it can now be used to reduce the cost of an award by 50% for a solo traveler. This probably isn’t a game changer, in the sense that if you weren’t interested before, you’re probably still not going to be interested. But this does add some valuable flexibility, and I’m sure some will appreciate this change.

What do you make of these changes to the BA companion voucher?

(Tip of the hat to Gareth)

$829 in fuel surcharges for a one way first class ticket so $1600 for an "award" redemption roundtrip? No thanks! I got the BA card a few years ago. Used the miles to get my family of four RT to Hawaii on Alaska. The companion fare expired unused. Not really a great benefit when BA picks customers pockets on the "fuel surcharges".

BA is a total disaster. First, they are unable to operate their schedule. Second, if you make it to your destination, you may not get TPS/ Avios for your effort. I’m still waiting for 120 TPs from April. Have called, sent faxes, sent emails, reached out on Twitter. Nothing from BA. Total failure. Beware. ( and those fuel surcharges? WTF! )

You'll get them eventually. From FlyerTalk there seem to be a lot of missing earnings, but they do turn up in time. Not ideal of course. Avoid sending multiple requests as it just adds to the backlog and slows everything down instead of making your issue more likely to be resolved... 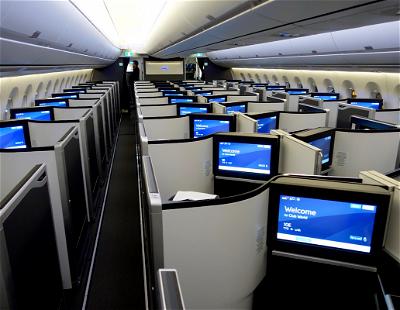