This shouldn’t come as much of a surprise, but Boeing doesn’t have plans to introduce any new kinds of jets in the next decade.

Airbus and Boeing are always trying to compete with one another on aircraft types. Not only do we see incremental improvements to existing aircraft models (737 MAX, A321neo, etc.), but every so often we see completely new concepts introduced (A220, 787, etc.).

Boeing has a significant capacity and range gap in its current lineup of passengers jets, as the airline isn’t producing anything between a Boeing 737 and a Boeing 787. Back in 2015, Boeing decided there was enough room in the market to work on a completely new design. This has been referred to as Boeing’s New Midsize Airplane (NMA) concept, or even as the Boeing 797.

The general thought has been that this new concept would fill one of two voids for Boeing:

Boeing never really publicly promised anything in particular with this concept, but we know that the company was working on this for years. The whole project ended up getting pushed to the side a bit, between the Boeing 737 MAX being grounded globally, the pandemic, issues with the Boeing 777X getting certified, etc.

So, what’s the latest with Boeing’s NMA concept?

Why Boeing is no longer working on a New Midsize Airplane

This week, Boeing CEO David Calhoun formally put to rest any rumors that Boeing might be working on a new aircraft design. Why?

So, when should we expect Boeing to come up with a totally new aircraft type? Calhoun suggests it might be somewhere around the middle of the next decade, so let’s call it 2035:

“There’ll be a moment in time where we’ll pull the rabbit out of the hat and introduce a new airplane sometime in the middle of the next decade.”

Admittedly I don’t think there are any firm plans there, so only time will tell how this plays out.

I can’t blame Boeing for this

I’m not surprised to see Boeing not prioritizing another aircraft type right now:

Boeing is putting its New Midsize Airplane (NMA) concept on the back-burner. The plan is to now not have a completely new aircraft type until 2035 or so, and instead focus on incremental improvements for the time being. With the pace at which technology evolves and commitments to sustainability change, I can’t help but think that new concepts by 2035 will probably look different than the current NMA plan.

What do you make of Boeing not planning any new aircraft types until the mid-2030s?

Boeing has just given up on even attempting at being an engineering company. It's a bank now. Fifty years from now they will be flying the 737-Max+++Ultra model. Will still be the same old tired plane that was flying in the early 70s. I don't think the company has it in them to come up with anything new and groundbreaking. They actually were working on a totally new narrowbody based around the 787. I actually saw the concepts back in 2010. But then the bankers rolled in and the max was born. The best they'll do from here on out will be a 767-max and 757-max. Cheap and fast. That seems to be all they can do these days. So sad to see a once great engineering company be swallowed by bankers who ruin everything they touch.

sad to see Boeing relinquishing its position as the world's top jetmaker to Airbus but the latter has a better product line across the board. As for Delta, their recent MAX order undoubtedly followed their learning that there would be no NMA. The A330-900 has trip costs very similar to the 767-300ER and -400 so if Delta is forced to order something as a 767 replacement (DL's 767 fleet will probably be here until 2030 or later) while they say they aren't interested in longhaul narrowbody operations largely because of costs - it takes 3 pilots to operate beyond 8 hours for US airlines and the economics of having only 170 passengers on the A321LR or -XLR are worse than for a widebody. UA is likely to commit to a massive order for the 787 which they will use to replace large portions of their aging current widebody fleet including eventually their 767s. Airbus has little incentive to build anything new but is still doing work on new propulsion systems such as hydrogen. The 757 and 767 will both go down as some of the most significant models that Boeing built in large part because they have never been replaced by anything else - and may not - in terms of size, performance, and cost.

Quelle surprise. I'm sure they'll just add 30 feet of fuselage to the 737, or a second deck, held aloft by a second set of wings. Call it the 737 tiptop mega, and insist it's self-certified for single engine cessna pilots to fly. Seriously the way Boeing is going we're going to be flying in 777s in 2060. And probably 737 tiptop megas lol. 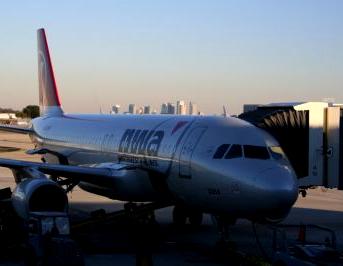