AT&T and Verizon plan to deploy their new 5G technology in many markets across the United States as of Wednesday, January 5, 2022, and this will potentially have some implications for aviation. There’s now a bit of a cat fight between the FAA, FCC, and wireless communication companies.

On Friday, December 31, 2021, US Transportation Secretary Pete Buttigieg, and FAA Administrator Steve Dickson, wrote a letter to AT&T and Verizon, asking them to delay the introduction of 5G wireless service by no more than two weeks due to aviation safety concerns.

The aviation industry has raised concern about the potential interference of 5G with aircraft electronics, which could disrupt flights. Essentially the new C-Band technology used for 5G transmits in the 3700-3800 MHz range, which is close to the 4200-4400 MHz range used by aircraft radio altimeters.

The FAA’s request was for an across the board delay of up to two weeks, and then there would be a longer delay around “priority airports,” described as areas “where a buffer zone would permit aviation operations to continue safely while the FAA completes its assessments of the interference potential.” Even for the areas around these “priority airports,” the plan would be for 5G to be activated by March 31, 2022.

Regarding 5G deployment around airports, airline trade group Airlines for America has said that “the potential damage to the airline industry alone is staggering,” and the president of the Association of Flight Attendants-CWA has suggested that the deployment of 5G will cause the traveling public to be used as “guinea pigs.”

On Sunday, the CEOs of AT&T and Verizon responded to the letter from Buttigieg and Dickson, rejecting the request to postpone the introduction of 5G across the board. However, they said they’d be willing to accept some temporary measures over the next six months to limit service around certain airports.

The response letter argues that it would harm consumers to delay the implementation of 5G:

“Agreeing to your proposal would not only be an unprecedented and unwarranted circumvention of the due process and checks and balances carefully crafted in the structure of our democracy, but an irresponsible abdication of the operating control required to deploy world-class and globally competitive communications networks that are every bit as essential to our country’s economic vitality, public safety and national interests as the airline industry.”

The 5G technology is already deployed in over 40 countries, including France. The letter goes on to make that point:

For what it’s worth, the FAA claims that France uses lower power levels for 5G than those authorized in the United States.

Not all regulators are on the same page

On the surface it of course sounds completely ridiculous for private companies to tell government regulators “nah, respectfully we’ll just do what we want despite your safety concerns, go pound sand.” But it’s worth noting that the issue is a bit more complex than that.

Wireless communication companies are ordinarily overseen by the FCC, and FCC Commissioner Brendan Carr disagrees with other regulators. Carr responded to the letter from Buttigieg and Dickson, calling the request “highly irregular,” and one that “deviates from the clear, statutory process specified by Congress for regulating provisions of wireless service.” The letter goes on to say the following:

“Your request for delay is not backed up by the science, engineering, or law. Indeed, your arguments are predicated on the claim that there are unresolved concerns about harmful interference from C-Band operations into radio altimeters. This is not correct. The FCC — the expert agency charged by Congress with addressing precisely those types of concerns about harmful interference — resolved these issues all the way back in March 2020 in the 258-page decision references above.”

So yeah, this is kind of complicated:

It goes without saying that I don’t have the expertise to have a strong opinion here. I will say that aviation is so incredibly safe because the industry constantly errs on the side of caution, and that’s a good thing. So when regulators and airlines express concerns, I’m inclined to believe them. On the other hand, this technology has already been deployed in lots of other countries without issue, so…

5G technology is supposed to be deployed by AT&T and Verizon in many markets as of this Wednesday. Regulators have requested a delay of up to two weeks across the board, plus further delays around certain airports. AT&T and Verizon have rejected the request for a blanket delay, but are willing to cooperate around certain airports. Meanwhile the FCC disagrees with the FAA, which makes this all the more confusing.

I’m curious to see how this all plays out…

What do you make of this 5G situation, as it impacts aviation?

Couple of points: (1) The FAA may not have the spectrum experts the FCC has (been in aviation for 35 years and I could easily argue that point), but unlike the FCC, they do have avionics experts who are trained to overcompensate and question everything (Just like Boeing, Airbus and all aircraft manufacturers). That is how you get the safety record that aviation has. (2) No country has allowed any cell phone company to just transmit these frequencies around airports at the power and equipment angle they choose. They either limit both (Canada) or the power output (France...). (3) Carr just does what all politicians do, politicize everything. As soon as any politician starts discussing technical information, I quit listening. They are just regurgitating what those who are lobbying them have said. (4) The FAA is not without fault here and should have had temporary cell towers (like they use at NASCAR races and other large events) at an unused air strip, transmitting these frequencies at different power levels while aircraft, with the equipment that is believed to be at risk, fly simulated approaches 2000 feet above the ground. You capture if and at what levels, interference occurs. Everyone is safe (and legal, paraphrasing US Code, you can't fly air carrier aircraft with paying passengers while the aircraft is experimental or testing.) and rigorous testing actually happens (picture parades and confetti flying through the air). I have been part of similar testing before (strangely enough, with the FAA) and it produces verifiable data that can be used to determine answers to very specific questions. (5) This type of testing should have been done prior to the FCC making the frequencies available for purchase. It wasn't because that isn't their world. So there is just as much fault with them as with the FAA. (6) I would say Government Agencies should learn to talk to one another, but fantasy worlds belong in movies and video games.

From Reuters re. the frequencies used in France are different from the US: "FAA officials said France uses spectrum for 5G that sits further away from spectrum used for radio altimeters and uses lower power levels for 5G than those authorized in the United States." One would have hoped this potential problem would have been fully studied and resolved before billions in cheap hardware was installed but Verizon and ATT. But then the FCC regulation has been largely captured by the Telcom industry. 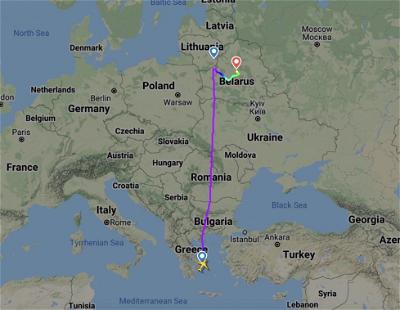 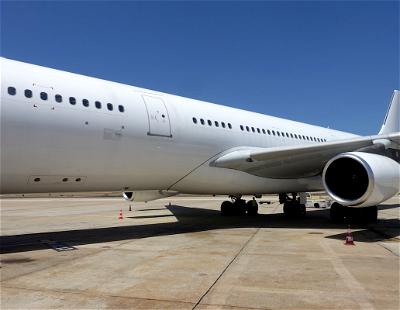