Air New Zealand is known for its innovative safety videos, and historically there have been at least a couple new videos per year. With New Zealand’s borders having just reopened to vaccinated travelers from many countries, the national airline has just released its first new safety video in well over two years.

Air New Zealand’s new safety video follows the story of Tiaki, a man who boards a waka rererangi (flying canoe) and sets off on an adventure across Aotearoa. He visits four Māori guardians, including Papatūānuku (the land), Tangaroa (sea), Tāne Mahuta (forest) and Ranginui (sky). He’s also accompanied by a character named Julie, who is supposed to embody the rest of New Zealand.

Air New Zealand’s General Manager of Brand and Marketing, Jeremy O’Brien, describes the video as an invitation for people to act like guardians while visiting New Zealand:

“We want tourism to build back better than it was before and part of that is to share with our visitors a sense of kaitiaki – to encourage them to act like guardians of our country. Our Safety Videos are world renowned and through them, we have an opportunity to educate and inspire ourselves, our customers and Aotearoa on the importance of Tiaki and everything it stands for. It’s about being good hosts, and good visitors.

Julie’s character in the safety video is there to show that caring for New Zealand isn’t something Tiaki can do alone. It requires all of us to follow the Promise and commit to protecting Aotearoa for future generations to come.”

The video was produced with LED stage screens, and it was motion technology that created a shift from the real world to the fantastical.

You can watch Air New Zealand’s new safety video here (it will be debuting on both domestic and international flights as of Monday, May 9, 2022):

This is a cute safety video

Air New Zealand has produced so many amazing safety videos over the years, and they’re all over the place in terms of themes. The only thing that’s consistent is that a lot of effort goes into them, and they’re interesting.

This new video is definitely more destination-focused than anything else, and for a country as beautiful as New Zealand, why wouldn’t it be? But it also has a whimsical element to it, given the flying canoe.

At a time when many people are no doubt rediscovering international travel following years or border closures, I think this is exactly the right theme for a safety video from an airline like Air New Zealand.

Air New Zealand has released its first new safety video in quite some time, which features a flying canoe, intended to encourage visitors to act as guardians while visiting New Zealand. While it’s not the funniest or most viral Air New Zealand safety video we’ll see, I enjoyed it nonetheless, and liked the message.

What do you make of this new Air New Zealand safety video?

This post made my day for the weirdest reason. I was on a wilderness canoe trip with some friends several years ago and I flew into town for the trip. We joked during the trip about me taking the "sky canoe" home. Like most inside jokes that develop during a week in the woods, it wasn't nearly as funny to anyone else as it was to us, but to see our joke reflected in a real safety briefing video is pretty amazing.

In New Zealand we don't call it a canoe we call it a Waka and each one is carved with specific patterns and designs to tell the story of the the people and the place they have come from and are going too. 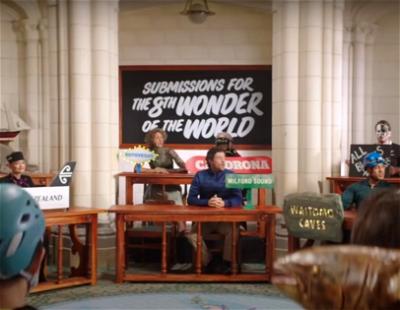 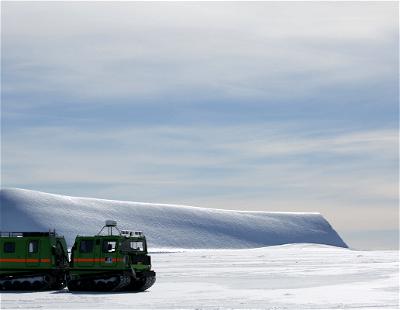