Slot restrictions are intended to ensure that there aren’t too many flights arriving and departing at the same time, in hopes of easing congestion as much as possible. For slot restricted airports in the US, the FAA awards the slots largely with the intention of increasing competition between carriers, in theory keeping fares as reasonable as possible.

That’s why in the case of mergers we’ve seen airlines forced to give up slots, when their combined presence at an airport would have caused competition to be limited (we saw this with the merger between American and US Airways, where they had to give up some slots at DCA).

Interestingly it was announced yesterday that this fall the FAA is easing slot restrictions at Newark Liberty Airport for the first time since 2008:

Beginning on October 30, 2016, the FAA will designate EWR as a Level 2, schedule-facilitated airport under the International Air Transport Association (IATA) Worldwide Slot Guidelines.  This will allow more efficient use of the airport terminal and runway capacity. Newark is currently designated as a Level 3, slot-controlled airport, which means that it is limited to 81 operations per hour.

“The significant improvements in on-time performance and delays at Newark allowed us to make these changes,” said FAA Administrator Michael Huerta. “This change will improve access to some of the most in-demand airspace in the country and has the potential to provide more options for local consumers. We also recognize the demand for changes at JFK, and are open to considering capacity changes there when the planned runway construction is finished.”

Starting this month, the FAA is inviting schedule submissions from carriers for the Winter 2016 season. Airlines will separately need to obtain terminal space, gates and other facility access from the Port Authority of New York and New Jersey, the EWR airport operator. The FAA will work closely with the Port Authority and airlines to help facilitate synchronization of airport facility access and runway times for proposed schedules.

The FAA expects to see numerous benefits as a result of this change at EWR, including the following:

On the other hand, this could also cause United to increase their presence out of Newark Airport even further, perhaps shifting more capacity from Washington Dulles to Newark.

I suspect some low cost carriers will launch service to Newark as a result of these changes, given that it’s a market which they’ve had a hard time gaining access to in the past.

What’s interesting is that one of the metrics used to ease slot restrictions at Newark are the improved flight metrics. For example, in comparing the summer of 2015 to the summer of 2007: 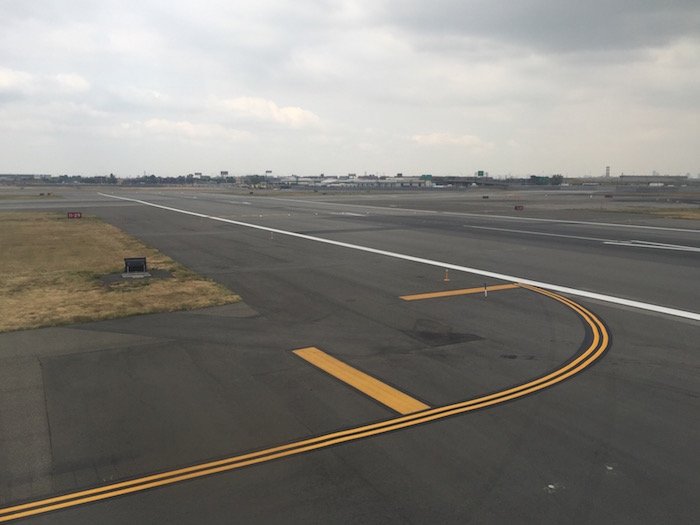 It’s nice to see the metrics of some of the biggest airports in the US improving. I’m curious to see who benefits most from this change. In theory it’s bad for United since it increases their potential competition, though on the other hand it could just cause United to shift even more flights to Newark. They have a fortress hub there, so even if other airlines increase their presence at Newark, they still won’t be able to compete with United.

Do you think slot restrictions being eased at Newark will help or hurt United?

So...colour me confused. How is allowing more than 81 flights per hour going to fix on-time performance? Admittedly, getting more non-United flights will probably do it. BUT I was under the impression that 81 operations/hour was pretty much the operational limit for EWR.

@ Joey - What non-UA international Star Alliance flights depart from EWR? I think it's pretty limited right now which creates a weird situation for me -- I have to fly to LGA or EWR and then transfer to JFK as only JetBlue flies Houston-JFK directly.