Yesterday I wrote about how American was hinting that they were going to make a big route announcement, and we now have the details.

For the summer 2020 international schedule, American has announced five new routes, including their first ever flight to Africa, a return to Israel, a flight to a new destination, and two new routes to existing destinations.

The new routes include the following:

American Airlines will launch 3x weekly year-round flights between Dallas and Tel Aviv as of September 9, 2020 (update: American will operate the route daily in winter 2020). The airline will use a Boeing 787-9 for the route, as the flight will cover a distance of nearly 7,000 miles, making it one of American’s longest routes.

Unfortunately this route is still over a year from launching, so we’ll have to wait quite a while, as they’re launching it after next year’s summer season.

It’s great to see American return to Tel Aviv, though a 3x weekly service from one hub can hardly compete with United, which has flights from Newark, San Francisco, and Washington Dulles. Still, it’s a start.

American Airlines will launch 3x weekly seasonal flights between Philadelphia and Casablanca in the summer of 2020. The airline will use a Boeing 757-200 for the ~3,700 mile route, and the flight will operate from June 4 through September 8, 2020.

As mentioned above, this will be American’s first-ever route to Africa, and this also coincides with Royal Air Maroc joining oneworld, so they’ll have some connectivity there.

Again, the total capacity we’re talking about here isn’t exciting — it’s a seasonal, 3x weekly flight with a Boeing 757. Still, it’s better than nothing, and it’s a start. 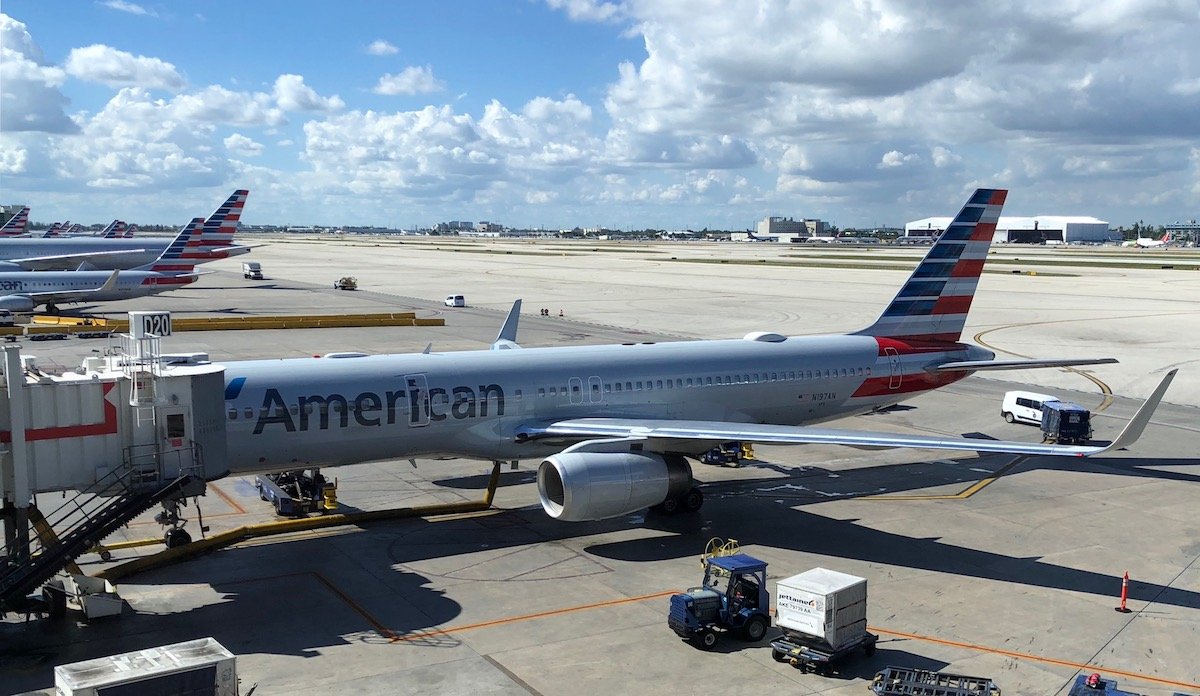 American Airlines will launch 5x weekly seasonal flights between Chicago and Krakow in the summer of 2020. The airline will use a Boeing 787-8 for the route, and the flight will operate from May 7 through October 23, 2020.

Chicago has a huge Polish population, so the route operating from there makes sense. LOT Polish also operates this route, but only up to 3x per week. So frankly I’m surprised we haven’t seen LOT either increase frequencies, or have seen United add the route, since they’d have connectivity on both ends. Then again, United hasn’t been focused on transatlantic expansion out of Chicago much.

American Airlines will launch 4x weekly seasonal flights between Chicago and Budapest in the summer of 2020. The airline will use a Boeing 787-8 for the route, and the flight will operate from May 7 through October 24, 2020.

American started serving Budapest in 2018 out of Philadelphia, and that route has performed well. Now we’ll see a second frequency to Budapest added out of Chicago.

For a long time it sure felt like American had abandoned Chicago, though it’s nice to see them finding success there. They claim they have more capacity in Chicago now than they otherwise have had in more than a decade.

American Airlines will launch 5x weekly seasonal flights between Chicago and Prague in the summer of 2020. The airline will use a Boeing 787-8 for the route, and the flight will operate from May 8 through October 24, 2020.

Similar to Budapest, American started flying from Philadelphia to Prague last summer, and next summer we’ll see them fly out of Chicago as well.

If you’re interested in this kind of stuff, here’s an episode of “Tell My Why” (intended largely for employees) featuring American’s SVP of Network Planning, Vasu Raja, about these new routes:

My take on this expansion

I’d say this announcement from American is pretty significant, both in terms of their focus on summer routes, as well as their return to Tel Aviv.

Tel Aviv is definitely the most interesting part of this, and Vasu Raja points out that Tel Aviv is the largest unserved city in the American Airlines network, and that it’s underserved from the interior of the US by all airlines. That being said, 3x weekly flights isn’t exactly a huge presence at first, so it seems like they’re trying to start slow.

US Airways used to fly from Philadelphia to Tel Aviv, though it was a money-loser for them. With the market booming, hopefully the new route does better.

The Philadelphia to Casablanca flight is also exciting on the surface, especially with Royal Air Maroc joining oneworld. However, I’d be much more excited if it weren’t a 3x weekly seasonal 757 flight, with a very short summer season at that (just over three months). That’s not much to get excited about. Hopefully we see more expansion there.

Then the three new seasonal routes out of Chicago are cool additions as well. Clearly American is doing pretty well in the transatlantic seasonal market in Chicago, in spite of it being a hub that they previously shrunk their presence at. It’s also cool to see summer seasonal flights to Eastern Europe performing well.

What do you  make of American’s international route announcement?

Correct me if I’m wrong but I don’t see any sensible reason in the Chicago to Krakow flight. If you’re going off the argument that Chicago’s polish population with make this route a success, Krakow has pretty limited connectivity to the rest of Poland as compared to Warsaw airport (Which LOT already flys daily). Secondly Krakow has no real connectivity for American when it comes to Oneworld. I simply don’t see this route being successful.

"Why would anyone want to fly a 757 to Morocco? Rather go up the road to JFK and use (or accrue) AA miles on RAM’s 789." JFk is NOT "up the road". It is a hell of uncertain journey from Delaware/North MD or Philly suburbs. Have missed flights even when leaving home 5 hours before the flight time. Casablanca is geared towards tourist marketplace, not for people who will have strong preference between 789 and 757. And by the way, even for someone who know the difference and have strong preference, would prefer PHL (with its immensely convenient airport train) over highly unpredictable/stressful jaunt to that hell called JFK. (EWR may be ugly but lot more travel friendly than JFK)

It is always flattered to know more route expansions; however it seems to me that American Airlines still haven't seen much progress in filling its largest gap in service, hence the Asia-Pacific+India.