This story came out last week but I was stuck on dodgy buses in Egypt, so have only managed to write about it now.

Some passengers take sleeping tablets or other supplements to help them sleep during flights.

I usually avoid these myself as they leave me feeling groggy and not very functional the next day. A couple of glasses of red wine with dinner usually does the trick for me.

For short overnight flights, you may be tempted to take a sleeping aid before the flight takes off, so that it starts working quickly after take off and you can fall asleep as soon as possible. But there can be risks involved with this.

I once decided to take a sleeping tablet in the lounge, before boarding a red eye flight from Colombo to Hong Kong on Cathay Pacific.

I was booked in business class and this flight was operated by an Airbus A330 with fully flat reverse herringbone seats. Once we boarded, take off was delayed by some time as we were held at the gate. I fell asleep before we even took off and awoke as we hit the tarmac on landing six hours later, sitting upright with my fully flat bed still fully upright.

I have no recollection of the flight other than that.

A waste of a business class ticket! 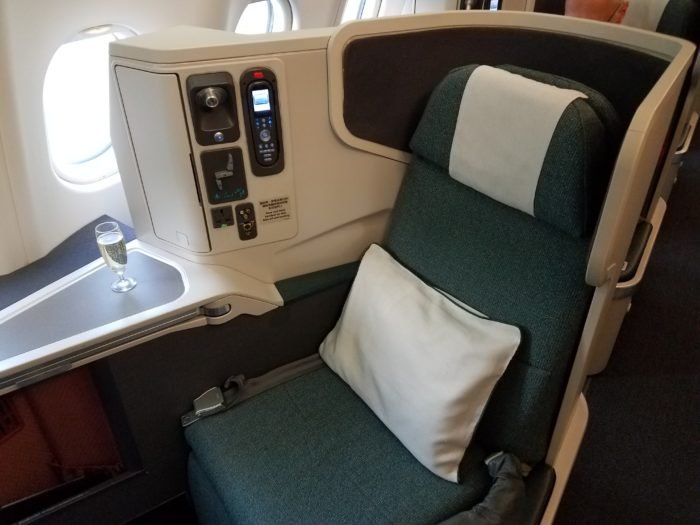 A Canadian man, Stephen Bennett, claims he was removed from a WestJet flight from Toronto, Canada to Havana, Cuba after taking a prescription sleeping pill prior to take off. 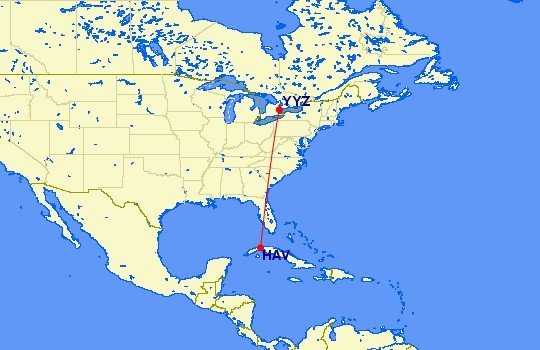 The cabin crew member tried to wake him prior to take off (I guess, noticing that he had fallen asleep before the plane had left the gate), and although he awoke and was able to communicate with the crew, the cabin crew declared him a ‘medical emergency.’ Mr. Bennett said there was miscommunication between himself and the crew, and that English was not the cabin crew’s first language.

He was removed from the plane in a wheelchair.

Here’s the strange part of this story though —  Mr. Bennett says he was medically examined by the airport paramedics after leaving the plane, explained he had taken a prescription sleeping tablet and showed the prescription note to the paramedics and they deemed him fit to fly.

The crew however were still unsatisfied, and refused to let him take the flight. 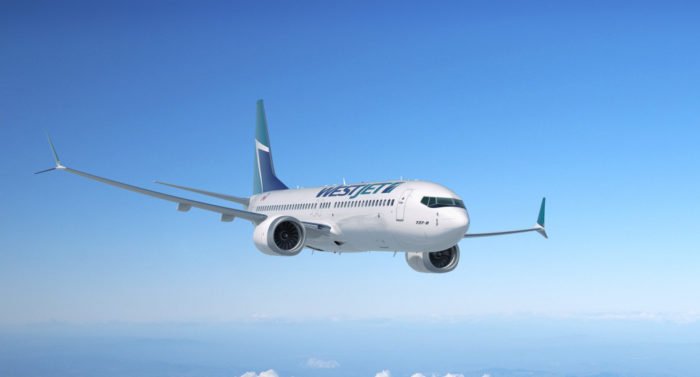 WestJet has said the passenger was removed for being ‘under the influence of drugs’ and would only say further that ‘the crew’s account of what occurred is different to Mr. Bennett’s.’

There are reports that Mr. Bennett admitted to paramedics he was recovering from a stroke at the time.

WestJet offered him a flight a week later. He did not want to wait that long so booked a flight on another carrier from Toronto the next day and wants WestJet to reimburse him. 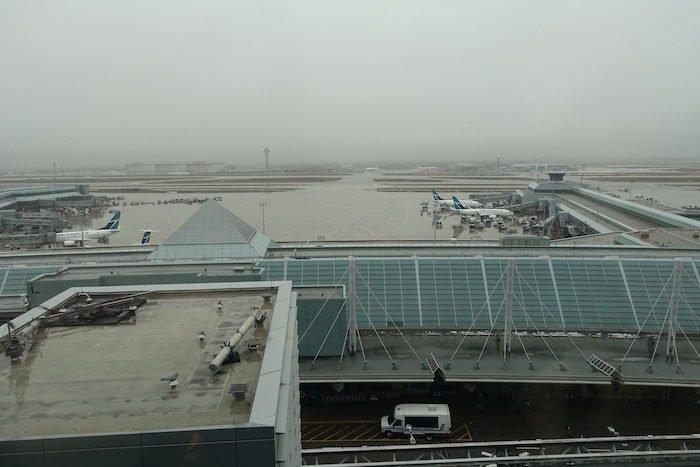 I feel like there may have been more to this story than has been publicly reported.

Of course the crew should not have removed Mr. Bennett if he was able to function properly after the sleeping tablet. At the same time, if for whatever reason the sedative left him unable to communicate properly, the crew did have cause to be initially concerned.

But the airport paramedics clearing him to fly should have been enough to allow him to fly.

Regardless, it remains a reminder not to take any sleeping pills on a flight until the wheels have well and truly left the tarmac!

What do you make of this story? Was the crew just overzealous? What has been your experience taking sleeping pills on flights?

I always have difficulty sleeping on planes, despite the 75,000+ miles I fly every year - even in first or business, sitting up or lying flat, it doesn't matter. Being a light sleeper stinks, in general, but on a plane, it is the worst! I take Ambien from time to time on land, but I will not do it in the air - I have too much fear of waking up in the middle of something terrible happening and not knowing what's going on or waking up to hearing police telling me that I was running up and down the aisles naked, scaring everyone on the plane. These drugs are hypnotics and they are powerful! All this being said, yesterday I took a redeye from BKK to ICN, then went ICN to YYZ, all in Y. Had an window exit seat on the first leg and an aisle bulkhead the second. It was my first time flying Korean and I was pleasantly surprised by the comfort and recline of their Y seating, not to mention that the crew seemed to know the perfect times for service. Granted, I was quite tired on the first leg, but I slept for 4 hours on that 5.5 hour leg; woke up as we were having breakfast and before I knew it, we were at Incheon. After a snack in the lounge I felt pretty great and was awake and refreshed for two movies and 2 hours of work on the next flight, which was about 12.5 hours. The seats on the 787-9 were even better than the previous flight's (A380) and with about 6 hours to go, I went to sleep again for about 4.5 hours. While I credit the seat, the cabin comfort (wasn't too hot or too cold), and the thoughtful crew, I think what really helped me sleep was the fact that I had no alcohol at any point on the journey. I had intentionally decided not to have anything to drink but water and fruit juice on these flights as I am only in Toronto for 48 hours before flying back to BKK and wanted to be as fresh as I could be while here; the older I get, the more booze tends to mess with my sleep, I've noticed, and I wanted to try to minimize the effects on my sleep, if possible. This was the first time in 35 years of flying I was able to get more than 3 hours of sleep on a plane (I only managed 1.5 hours on my flight from AUH to IAD a few years ago in J!). Granted, while awake I went to the loo every 45 minutes from all the water I was drinking to keep myself hydrated, but the sleep was worth it!

Last May I flew DME-LHR-MIA on BA. I was booked on the 05:45 flight out of DME so I decided to stay up all night to turn my body clock around rather than leave Moscow at 03:00 to go to DME. I got to DME around 01:00 and hung out in the S7 lounge, then the BA lounge. I boarded at 05:15 and took an Ambien. I was out cold before we took off. When I awakened, I knew something was wrong. I could tell we weren't airborne. At first, I thought I was dead, then realized I wasn't. I looked at my watch, it was 07:15. I realized I wasn't getting to MIA that day. It turned out the cockpit windshield cracked when we were taxiing. That's was a first for me at age 58. Thankfully we didn't deplane for another hour and the pill had pretty much worn off. I spent the day at DME, flew on the next BA flight at 16:00. At LHR, BA put me up in some god-awful hotel that I had to take a bus to after a 45 minute wait. And, I was completely off since I expected to be another 5 hours back in time. UGH...

I took one on a flight from Dallas to London back in 2003. I was recently married and I was traveling with 2 other colleagues from Dallas to London, London to J'Burg, South Africa. I wanted my new bride to join me on this trip but she was unable due to work. The flight was on AA's 777 in F-Class where you should have a passenger join you in your seat while you dined. Apparently, I joined one of my colleagues and gabbed her ear off for a good portion of the flight. I didn't learn about this until landing and was panicked - thankfully, all I talked about was how in love I was with my new bride. On the return I had an overnight in London for business and I was at the hotel and again took an ambien an received a phone call from a customer and completed a contract negotiation. The next morning I emailed the customer requesting time with them to meet to finalize our contract negotiations. I learned that we had completed it the night before. I had not recollection. I was so worried I said something wrong or compromised the negotiations. The customer explained that I rattled through all sorts of complex items, agreed to some, held firm on others and we had a deal. I remember nothing. So in both cases, I was fully functional and had mental capabilities to even negotiate a contract, but don't remember any of it.