A magnitude 5.9 earthquake struck near Mt. Kinabalu on the island of Borneo on Friday. At least 16 people died, and 2 more are missing, mostly people who were climbing to the summit. As a mountaineer who has been through a life-threatening situation on the side of a mountain, I can empathize with those involved. My thoughts go out to the families of those who died as well as the brave rescuers who saved many more. 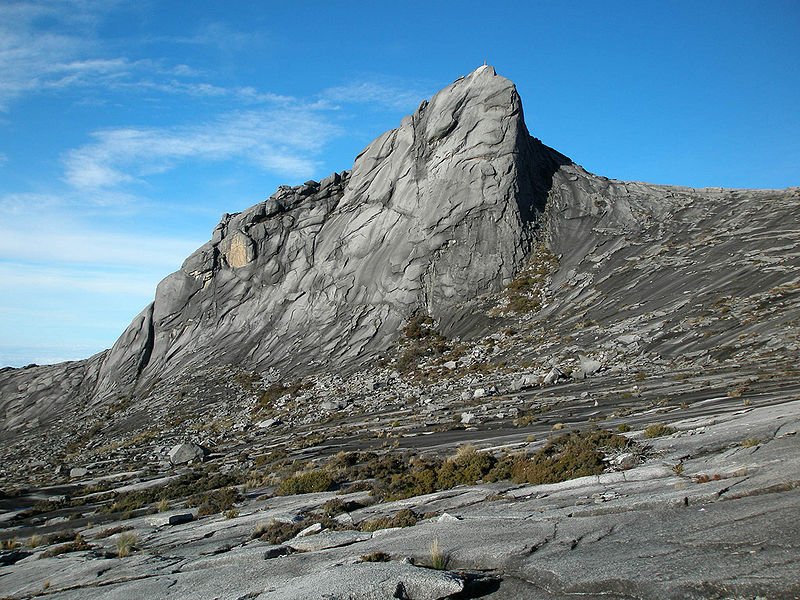 Now it turns out that the Malaysian government is blaming the quake on a group of tourists who stripped naked while climbing the sacred mountain, thus angering the gods. You can see the offensive picture that was posted to social media here.

From the Daily Mail:

A few weeks ago, the ten foreign holidaymakers stripped naked, posed for a series of photographs and were accused of urinating as the scaled the mountain in the Malaysian state of Sabah. The photos didn’t appear on social media until days before the earthquake. Deputy Chief Minister of Sabah Tan Sri Joseph Pairin Kitingan said on Saturday that he believes the tourists caused the earthquake, according to Buzzfeed. Pairin said that the earthquake was ‘confirmation’ that Mount Kinabalu was sacred and that people ‘cannot take it lightly’, the Malay Mail Online reported….’There is almost certainly a connection. We have to take this as a reminder that local beliefs and customs are not to be disrespected.’

Apparently they now want to charge the five tourists in a native court. The tourists aren’t allowed to leave the country until the case is resolved.

I’m sure there are some wondering why in the world a mountaineer would go full monty on the side of a mountain. Well, as someone with a lot of mountaineering friends, let’s just say that this stuff does happen. Now I’ve never witnessed it first hand (thank goodness!) but I have seen summit photos with friends that were stripped down to their skivvies, or at least close to it. In the winter. On top of Mt. Washington.

Like this one for example.  Yes, I know some of these guys…. 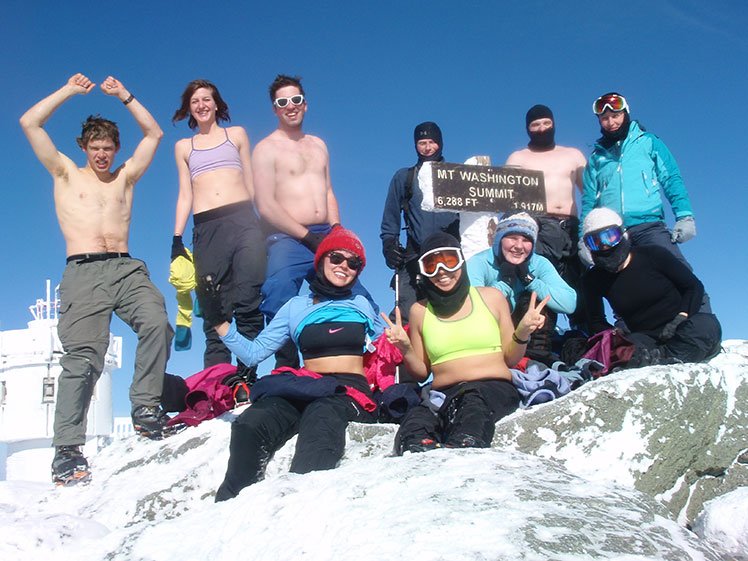 Perhaps the thin air at altitude causes folks to do crazy stuff?

That said, I’m not excusing the act in the least. I try to be a culturally sensitive traveler and go out of my way to show a lot of respect for the local customs, especially when I’m in a land that I barely understand.

I was actually on Borneo last December as part of our Southeast Asian Adventure and would have loved to add the Mt. Kinabalu, the highest peak in Malaysia, to my list of country summits. (It’s still a short list.) But I wasn’t in any shape to be climbing a mountain, unfortunately, so we stayed in Brunei. And I definitely kept my clothes on.

What do you think? Should the tourists be charged with…. something?

"Tell me, would you like to see this man charged for gross indecency?" Yes. That's not the issue. The issue would be some idiot politician blaming him and his act for a NATURAL disaster. "Do you think someone on capital hill will come down and make some political gain out of the situation?" That's what politicians do. That's not the issue, either. The issue would a politician blaming a HUMAN for a NATURAL disaster. "Would you be as outraged if this was done by your fellow American, local to DC, someone who got drunk…?" Yes. Occasionally some moronic Americans do things like this to American monuments. And they are mostly ripped for it, as they should be. "Many people in Asia have not forgotten the humiliation, insults and cultural genocide that they suffered when their countries were “colonized” (or should we call a spade a spade and use the proper word: “invaded”) by the white men." That does not excuse a moronic political hack from blaming HUMANS for causing a NATURAL disaster.

I'm a Malaysian and just came back from a hiking trip in Sabah week ago. The earthquake hit Sabah on Friday, 5th June 7.15am; I was there climbing, in fact, near the peak on the same date and time just one week before. That said, I'm very lucky and grateful. I'm deeply saddened by what happened. Travis and the rest, thank you for being a culturally sensitive traveler and show a lot of respect for the local customs. I really appreciate that. :) Regarding the climbing, it's actually not that difficult as you think, really. It's not easy but with a little bit of training before the trip, you're going to be fine. I'm nowhere near to "fit" either. Welcome to Malaysia and I hope you'll have chance to visit Mt. Kinabalu in the future. Regarding the naked tourists, yes it's off to do that in Malaysia or any Muslim country, let alone a place like Mt. Kinabalu. But blaming them for causing the earthquake? That's too silly. :)

On a lighter note to what I said above, if you do not commit any atrocious act, you will be treated like a king, as if you are somehow way superior compared to local men, by the local women... simply by virtue of the "status" held by your grandpa and his generation, when they lorded over the locals <100 years ago. Visit the local clubs and you will be amazed how many women want to have sex with you - for free - thanks to your grandpa and his buddies. Singapore is a good place to start and many expat men wrote about that on many online forums, and can vouch for it.

68
The 7 Best Airport Lounges In The United States