Air Italy says that the new name reflects two key elements — maximum synergy with the new airline brand, and the digital nature of the club’s positioning.

Everything about the program remains the same, and Air Italy continues to use Avios as their currency, with the same earnings and redemption rates. The one addition is that Air Italy has launched the @MyAirItalyClub Twitter channel, where members can receive online support for any questions they may have.

Our dedicated loyalty support team is ready to field all enquiries via the new dedicated social media channel thereby providing our customers with an interface that they already use for many other reasons every day. Enhancing customer experience means enabling the smoothest simplest solutions and this new positioning will allow us to support and assist our loyalty programme members in all phases of their journey, right from booking up to and after returning home.” 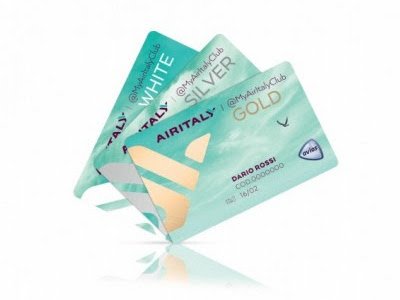 There’s not all that much substance to the @MyAirItalyClub rebranding, which is to say that it’s the same as the old program. It’s just rebranded and they set up a Twitter account for it.

We’ve seen a lot of travel brands head in a more digital direction with how they’re naming things, though Air Italy is really going all the way with officially naming their program something starting with an “@” symbol. It’s a bit ironic, in my opinion, since I find Air Italy’s website to be pretty bad.

Unfortunately Air Italy’s loyalty program isn’t actually very rewarding. Personally I’d rather credit my Air Italy flights to another program, like British Airways Executive Club or Iberia Plus, both of which have great values for redeeming Avios on Air Italy.

What do you make of the @MyAirItalyClub branding?

Sam, if that is your logic, then your argument fails. Last year, VA took over Delta's London-Seattle route, so that is effectively Delta using Virgin's planes. Economics don't change because Delta-Virgin profit share on NAmer routes. https://www.whas11.com/gallery/news/nation-now/virgin-atlantic-takes-over-london-seattle-route-from-partner-delta/465-e81d2a25-e9bf-49fb-b775-8e70820bd0bf

Is it possible to use AAdvantage for Air Italy or is it only bookable with Avios?