Realizing the backfire among members they initially only rolled out fuel surcharges for Lufthansa redemptions, though now they’ve announced more fuel surcharges that are on the way, as follows:

Fuel surcharges to flight rewards on the following Star Alliance airlines will be effective as of the dates noted below:

These are in addition to fuel surcharges to flight rewards on Lufthansa that became effective on November 9th 2011 at 7pm.

On the plus side they’ve given advance notice, which I can appreciate.

Gary, are you ready for round three? 😉

#TeamSapphire for the win! All the more reason to get the Chase Sapphire Preferred card.

In case you’re not up to date with the (playful) bickering going on between Gary and I, here’s a two minute summary:

@ Lucky - I would tend to agree that US airlines are unlikely to charge YQ when redeeming miles on their own metal. However, I think it's potentially more likely that when redeeming miles on their partner airlines YQ could potentially be charged, similar to what is happening with Air Canada. Based in Europe I am use to paying YQ and whilst I don't necessarily like it that's the way it is and frankly I don't see it changing. 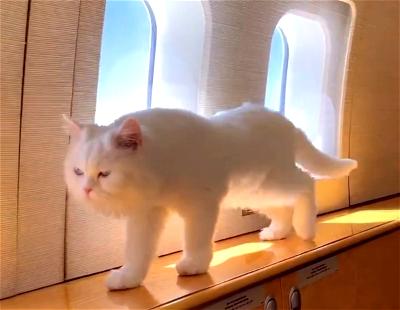 28
Video: Cat Flies Across The Atlantic On A Private Jet