For a while I’ve been fascinated by Meridiana, which is the second largest airline based in Italy, after Alitalia. Last year, Qatar Airways even announced that they’d buy a 49% stake in the airline.

They have one of the first & business class products that I’d be most interested in reviewing. Meridiana flies seasonally to New York JFK out of both Naples and Palermo, and historically has even offered more routes from Italy to New York.

I’ve had a lot of people ask me if they’re a decent airline to fly, given that there’s not another airline flying nonstop to Naples and Palermo (Naples is a popular jumping off point to the Amalfi Coast, which I know a lot of people want to visit). 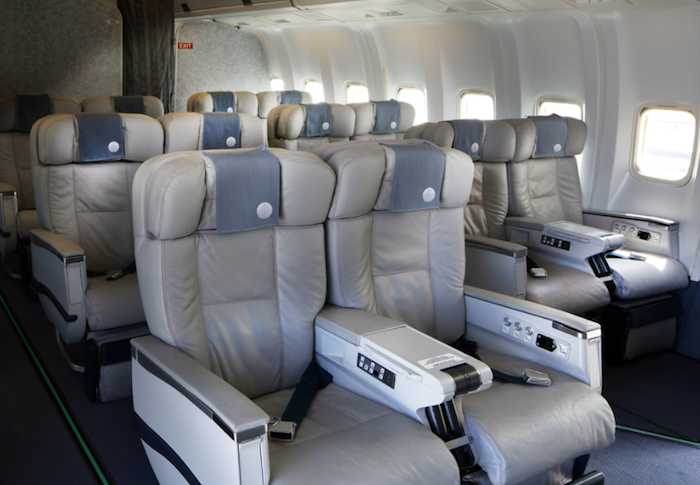 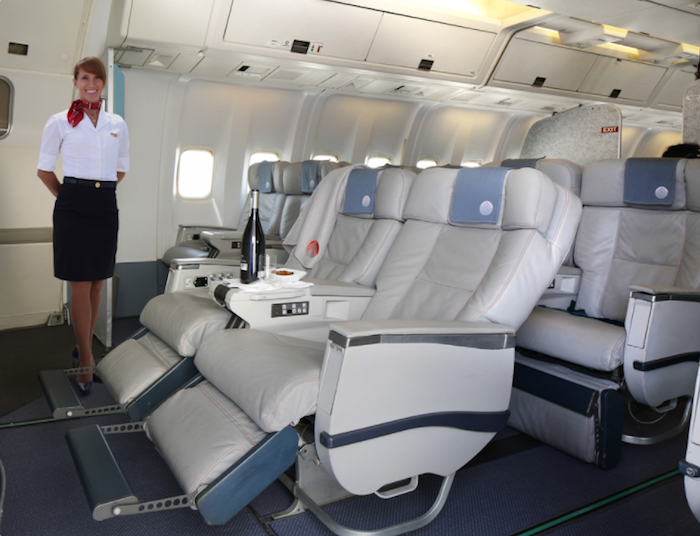 Nonetheless, I’d have to imagine that food on Meridiana is pretty decent, given that it’s an Italian airline… at least I’d hope so. 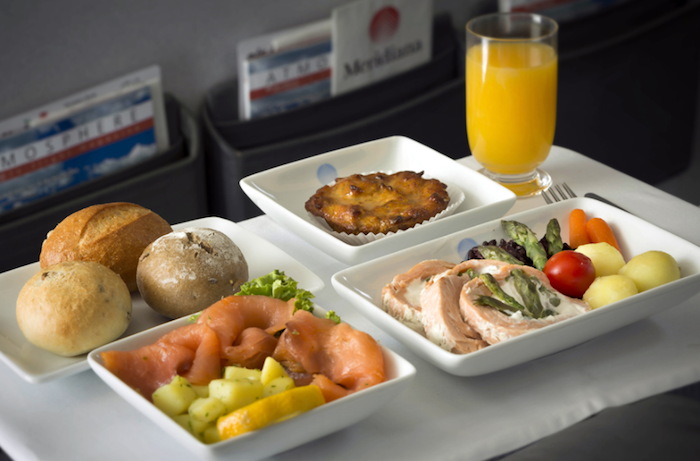 They even publish their menus for flights to/from New York online. For example, here’s the menu for flights out of New York (grilled meat, yum!): 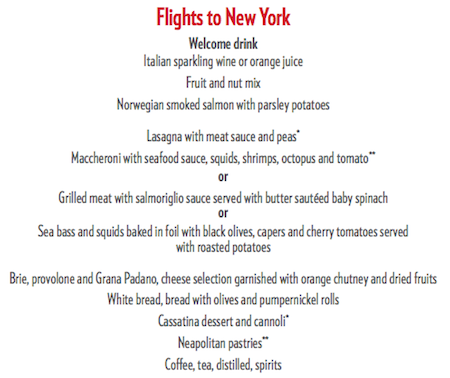 And here’s the menu for flights out of Italy (tilapia, yum!): 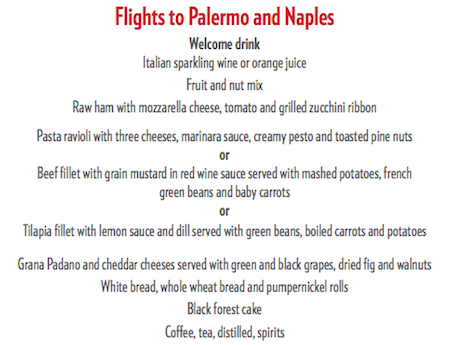 Anyway, I’m planning on taking this flight in the next couple of months. I’m trying to decide whether I should just do a same day, direct turn to Italy and back (that sounds like a unique way to spend 24 hours), or if Palermo or Naples would be worth spending a couple of days in. My travel schedule is already pretty full, so I’d at most like to do a couple of nights somewhere, and ideally it wouldn’t be too far from the airports (in other words, I don’t want to spend six hours on a train).

Has anyone flown Meridiana? Should I visit Palermo or Naples? Anyone have a hotel recommendation around either city? Am I crazy for even thinking of doing this?

HI, my husband and I leaving from Sardina to Rome on 1st Oct - our flight from Rome back home on 2nd Oct. Pls advise whats the best way from Olbia to Rome - hotel close to aiport FCO. Ferry or fly with Meridiana airline? Thanks for your help.

L: U rock. Meridiana biz is great - old planes, joke check in, old seats, indifferent service, so so food, minimal entertainment - but super reasonable non-stops from NYC - Naples and Palermo which adds min half a day in Europe on either end. And the area around Naples is one of most amazing in summer places in world - Capri, amalfi coast, aeolian islands More detail Planes take off from term 1 at JFK - I've always arrived at last min and they have 2 unmarked booths - I imagine it might be a scrum at prime check in time. Plane takes off right next to Air France lounge which I used with sky blue plat, but no other lounge. Biz alllows ok first. Old 767s - seats are like late 90's united - and once u get over anachronism - they are totally comfy and fine - much better to sit in on flt back than to sleep in on flt out but big bucket seats. Even sleeping fine - way better than coach obviously and like falling asleep watching TV not in a bed, but for price and unique route great. Service regimented and rote - drinks come on cart, food on trays etc but again when I adjust for expectations fine. On flt back, team will get u stuff midflight generally happily, but don't expect folks to check in on u all the time. Food edible. No real IFE. Naples airport on way back hectic and tired but functional. Again, point is if u want to go to magic Capri for say 3 days from nyc, u can leave thurs night, be there for bkfast Friday and leave first thing Monday from Naples and be in NYC for lunch. U have 3 full days there. And they price cheaply - u're not paying main line biz class fares. It's more expensive than norwegian (which is a better product - new planes, ife - though I think meridiana has marginally more recline), but still a usually 50% competitive fares. I'm a fan.

Italy's largest airline is Ryanair. Meridiana is a tiny spec, smaller than BA, Lufthansa, etc. Meridiana is to Italy what Cape Air is to Massachusetts.