Earlier in the month Lufthansa revealed their new brand design, which is their first major redesign in about 30 years. With this brand design, dark blue becomes the leading brand color, and yellow accentuates, while previously Lufthansa had a lot more yellow in their branding. 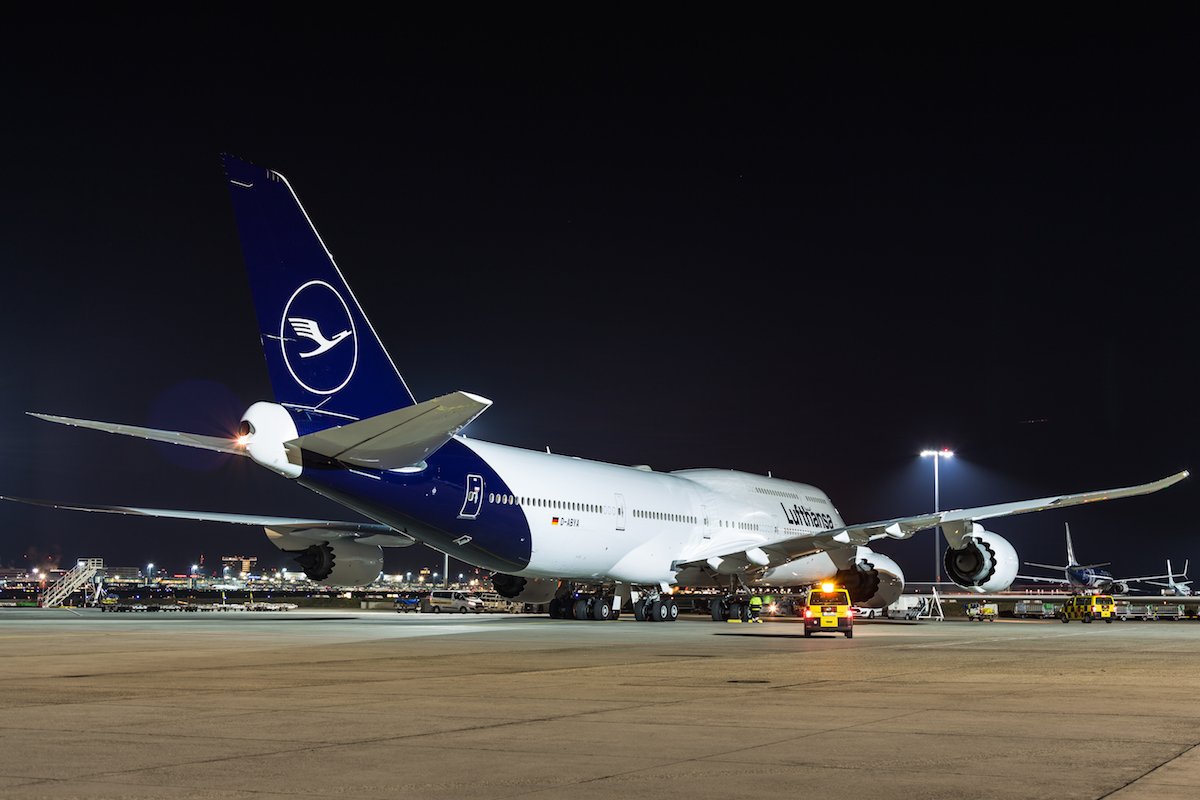 Personally I’ll miss the yellow on the Lufthansa planes, as the new livery is less distinctive and more generic-looking, in my opinion. Rather oddly, Lufthansa is sort of splitting their branding here — much of their airport branding will exclusively be yellow and white, while their planes are now exclusively blue and white.

The rebranding hasn’t been terribly well received by enthusiasts. While we like these sorts of things as aviation geeks, I’d note that I personally don’t think it has much impact on the company’s bottom line, one way or another.

Lufthansa presently has two planes flying with the new livery, though it looks like they may be having second thoughts, at least with how they’ve executed it so far. Wandering Aramean points to an internal communication posted on a German frequent flyer board.

Essentially it says that after the two planes with Lufthansa’s livery have landed at many airports around the world, they’ve noticed that the blue paint appears significantly darker than they were expecting based on test environments, especially in bad weather. As a result, they’re working on optimizing the new livery. They’re also working on a new version of the design that combines the Lufthansa word mark with the crane logo.

The note goes on to explain that this is a dynamic process, and it’s important for them that the new design works under all conditions, and that the practical execution is more important than the theory here. They’re going to keep collecting feedback and then make changes as needed.

So for the time being I expect we won’t see more Lufthansa planes repainted, as they likely want to get the new livery right before painting more planes. What I’m curious about is if they’re truly just going for a slightly different shade of blue, or if the feedback hasn’t been quite as they expected, and perhaps they’ll make bigger changes.

Do you think Lufthansa is truly just updating the shade of blue here, or do you think they’re making bigger changes to their new livery?

I was very disappointed with Lufthansa's new livery colors. They should have left well enough alone. The previous color combination with the yellow was iconic. The new livery makes it hard to even disquinguish Lufthansa from the rest of the crowd now. They should have run the new design past the test group of passengers and flying public.... and even just " plane watchers ". Lufthansa: you can save yourself by making the crane yellow again and the name Lufthansa in yellow.

The new livery is beyond a joke. I can’t believe Lufthansa would ruin their brand into something so cold, drab, and unmistakable. The iconic crane is there, but nearly invisible to the point that there might as well be nothing on that very dark blue tail. The crane means nothing if people can barely see it in the first place. I don’t understand why they couldn’t have just left well enough alone and focused on something more important, like getting their long overdue business class onto some actual planes earlier or catching up with competitors on short-haul catering. It’s kind of random they would just go and do something like this; I can understand if it coincides introduction of a new aircraft type, which isn’t the case here. And I’ve seen the new livery myself when on an afternoon layover at FRA a while back. Now the plane tail looks black and even worse, it blends into the primarily dark trees and buildings in the background, almost looking as if the back section of the plane got sliced off. Seeing a bunch of LH planes there has this effect that just makes rust whole airport look bleak and cold. If I’m ever there later on after the whole fleet is repainted, I’ll have to stare over at Terminal 2 to cheer myself up. I could go on about how it resembles a cheap charter airline, particularly how the Lufthansa 747 looks like one of those United Charter 747s. It’s just so sad. Even the terrible new liveries of Iberia, Aer Lingus, Aegean, and a bunch of other Eurowhites at least have plenty of color, and they at least try to distribute it throughout the plane (e.g. colored engines). Along with that, even to those who don’t care about planes or livery design, I’m pretty sure at least most of the traveling public would like to be able to identify which one is the airline they’re flying at the terminal, even if it’s a long walk away. I’m pretty sure they would care if it is potentially hard for their eyes to quickly make out the new logo in white on a yellow background at check-in. It would get missed easily by those in a hurry to catch their flight. Especially if they’re not familiar with Lufthansa, I’m pretty sure they would care if the logo on airport signage was yellow and white but they potentially get confused when they see the incongruous dark blue and white look of the plane. I wish they would just keep the old format, with the much more easily readable blue logo on yellow and vice versa for airport signage, and of course the old livery, and simply changed the font; nothing else. I’m still in such disbelief that the yellow circle on blue, that I feel made Lufthansa Lufthansa, and that was the first thing I think about when I hear their name, is now one of their old, defunct liveries.

All I'm going to say is...if they won't color the crane on that tail yellow, I'M going to go up and do it myself! 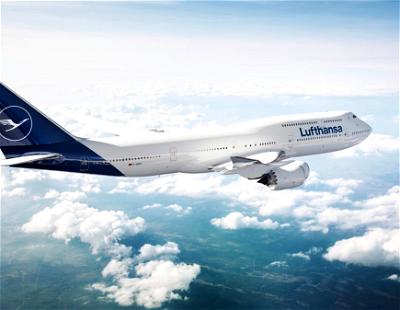 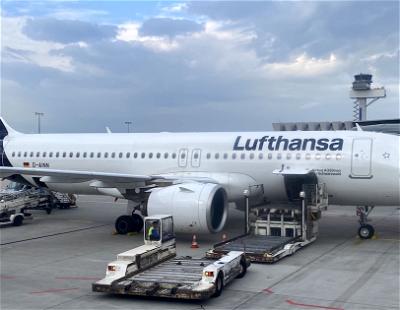 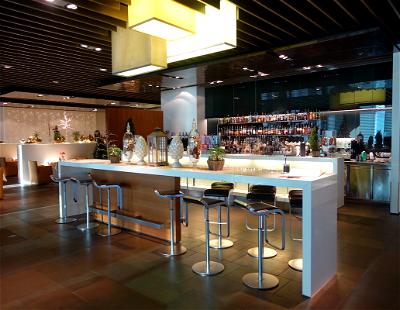 32
What Is Lufthansa HON Circle?