British Airways has been in the news most lately for their industrial action, though a labor dispute is greatly intensifying at Lufthansa as well, with a second strike imminent… sort of.

This is the second strike they are calling in just over two weeks. A similar strike was called for Sunday, October 20, 2019, though it was only scheduled for five hours.

Lufthansa hasn’t yet published any schedule changes as a result of this new strike, and apparently they’re even sort of ignoring this planned strike, as I’ll talk about more below. This situation is more complicated than meets the eye.

If the strike does in fact happen, passengers on canceled flights would be entitled to EU261 compensation. Advance flight cancelations entitle passengers to compensation, unless the flight is canceled at least 14 days in advance.

In this case flights are being canceled within a week, and an airline strike isn’t considered an “extraordinary” circumstance. Passengers could be looking at 250-600EUR of compensation.

Why Lufthansa Isn’t Recognizing The Strike

On the most basic level, UFO is demanding a 1.8% pay increase over a half year period. But the situation is actually much more complicated than that.

Lufthansa’s flight attendant agreement lapsed in June, but the two sides haven’t really been negotiating since.

The major issue here is that Lufthansa doesn’t recognize UFO’s right to bargain. Management argues that UFO doesn’t represent flight attendants and doesn’t have the right to strike, but court cases recently have suggested otherwise.

The controversy with UFO comes from the fact that there were reports of corruption at the union, and there was quite a bit of internal fighting. The union argues that Lufthansa has been using UFO’s internal issues to their advantage by trying not to recognize the union.

This strike doesn’t seem to be about the 1.8% pay raise as such, but rather about getting to the point where Lufthansa is once again recognizing UFO as the union that can bargain on behalf of flight attendants.

Apparently Lufthansa isn’t even planning on setting up contingency plans here, both because they don’t recognize the union, and because they think they can get enough people to work.

Here’s a video from UFO deputy chief Daniel Flohr regarding the first strike:

Lufthansa’s flight attendant union is calling a strike for the second time in a couple of weeks. This time around the strike is for two days rather than just five hours.

However, this isn’t a “traditional” strike, in the sense that Lufthansa doesn’t even recognize the power of the union to bargain.

We’ll see if either side budges, or how this plays out…

@Frederik: maybe because they provide excellent service? At least that is my experience.

@ Sung: believe me, EU261 is the least of the concerns of Lufthansa when it comes to UFO. The whole "Union" is a mess. 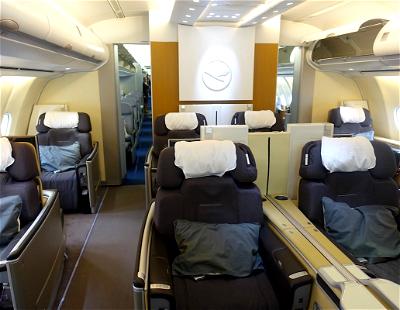 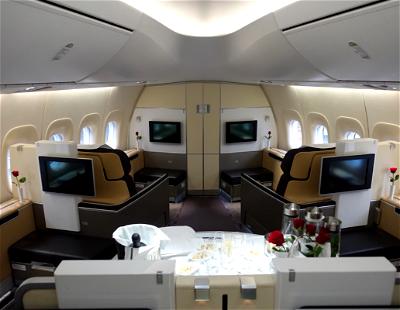