After my incredible Korean Air A380 flight from Seoul to Los Angeles last month, I was super excited to see if their service to Sao Paulo was equally good. Admittedly there’s a lot less competition between the US and South America than between the US and Asia when it comes to airline quality. 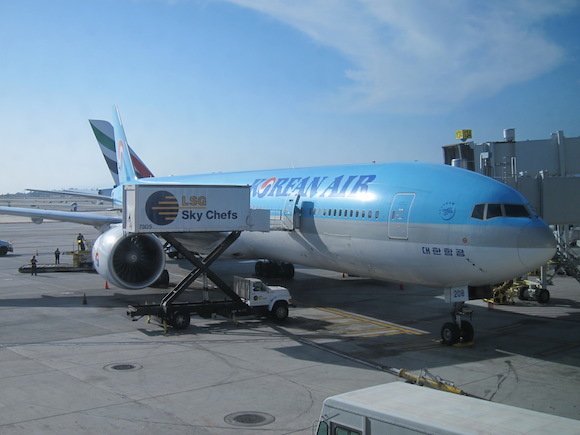 So I figured I’d share my thoughts about the Los Angeles to Sao Paulo flight first, with a full trip report to follow as usual.

The 777-300ER first class cabin consists of eight seats spread across two rows in a 1-2-1 configuration. The seat itself is almost identical to the first class seat on the A380. The only differences were that there was one less row (only a total of eight seats, as opposed to twelve on the A380) and that the plane didn’t have as many amenities (bar, duty free shopping area, lounge, etc.). 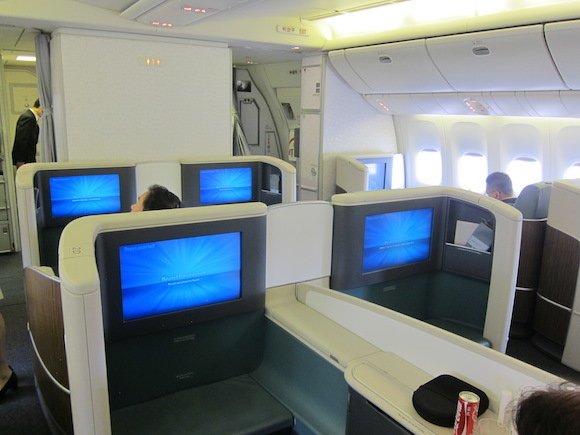 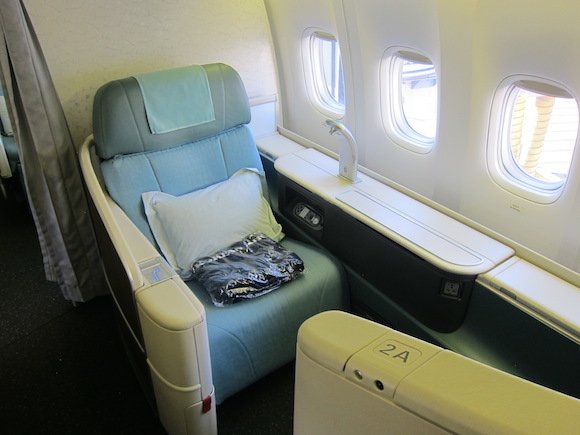 The champagne served aboard was Perrier-Jouet Belle Epoque 2006, which I think is hands down the best champagne served by any airline between the US and South America. It was phenomenal, and the same one I had on my Korean Air flight last month. 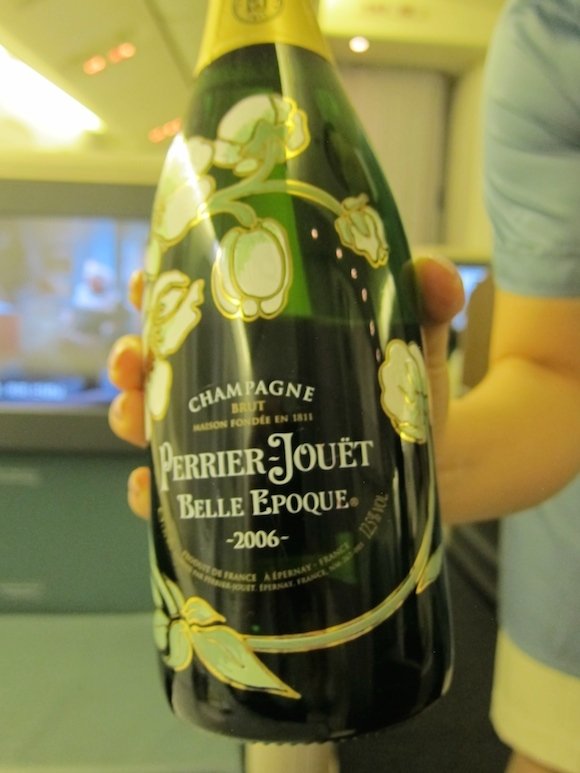 The dinner service was a treat as well. The amuse bouche was a lobster salad with dill yogurt dip. 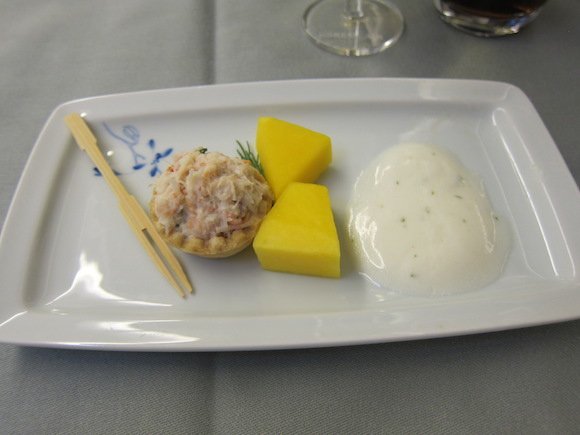 The starter consisted of bluefin tuna noodle with pineapple and prosciutto. 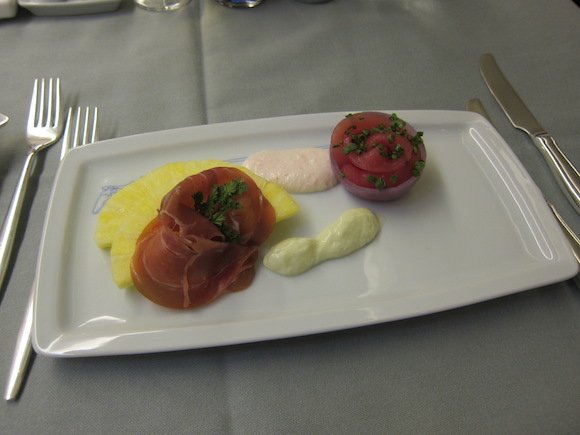 One of my favorite aspects of the meal service on Korean Air are the “tableside salads,” which are assembled at your seats. This flight was no exception. 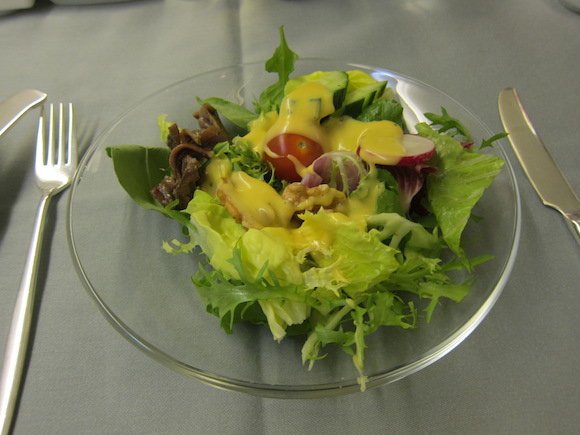 And while there were western main course options, I selected the bibimbap. Now that’s a rare treat for a meal when traveling between the US and South America! The last time I had bibimbap was on Korean Air on a 90 minute flight from Tokyo Narita to Seoul Incheon, and this one was definitely better. 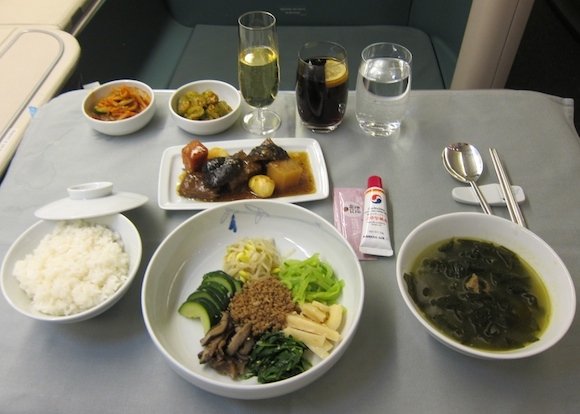 Next a fruit and cheese cart was rolled around. 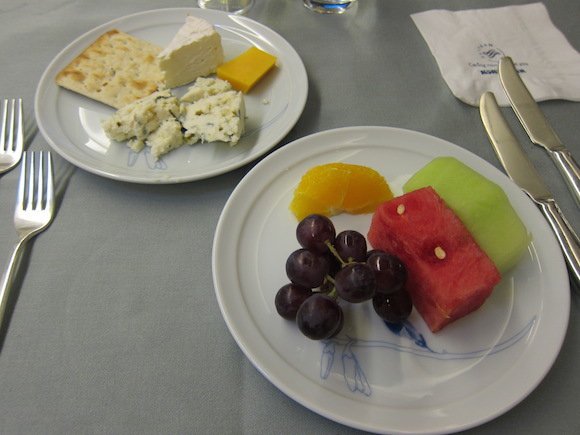 And then lastly dessert was offered, which consisted of Haagen-Dazs vanilla ice cream and red currant with which chocolate cake. 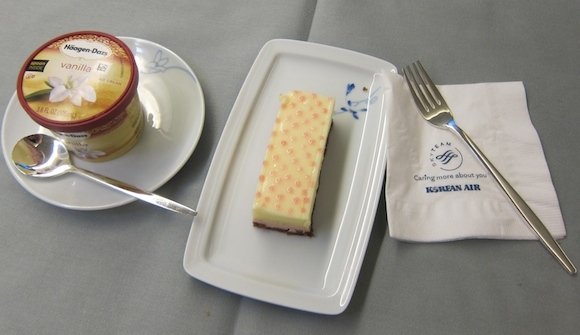 I thought the meal service was fantastic. I’d say my only constructive criticism is that the dessert didn’t seem very “first class.” Compare that to the beautifully presented and delicious tiramisu with ice cream I had on my flight from Seoul to Los Angeles.

On my last Korean Air flight the service was among the best I’ve ever received. Not only was there only one other passenger, but the flight attendant working the cabin just couldn’t have across as more interested or passionate in what she was doing. She assembled my salad with the same care I’d expect a surgeon to use with open heart surgery.

This crew was very good. Not quite to the level of my last Korean Air crew, but still excellent. My glass was never more than half empty, they were constantly smiling, and they were generally attentive.

During the meal service, between serving courses, one of the flight attendants would station herself “behind” row two so she could keep an eye on the pace at which people were eating and make sure nothing was overlooked.

The most impressive part of the service must have been the call button response time. I wanted some water midflight so pressed the call button. The response time was literally a second. And to clarify, it wasn’t a second from the time the call button was pushed to when I saw the flight attendant emerging from behind the curtain, but rather she was at my seat in a second.

Okay, I figured maybe she just happened to be walking by and I pushed it at exactly the right time. So 30 minutes later I wanted some more water and pushed the call button again. I kid you not, she was at my seat again in less than a second. I’m convinced they have a flight attendant stationed immediately on the other side of the curtain just waiting anxiously for someone to push the call button.

Kudos to the crew!

Korean Air’s bedding is definitely one of the better ones in the sky, though my only complaint is that they do keep the cabins uncomfortably warm, as I find to be the case on many non-US carriers. Why most non-US carriers don’t at least have air vents is beyond me. 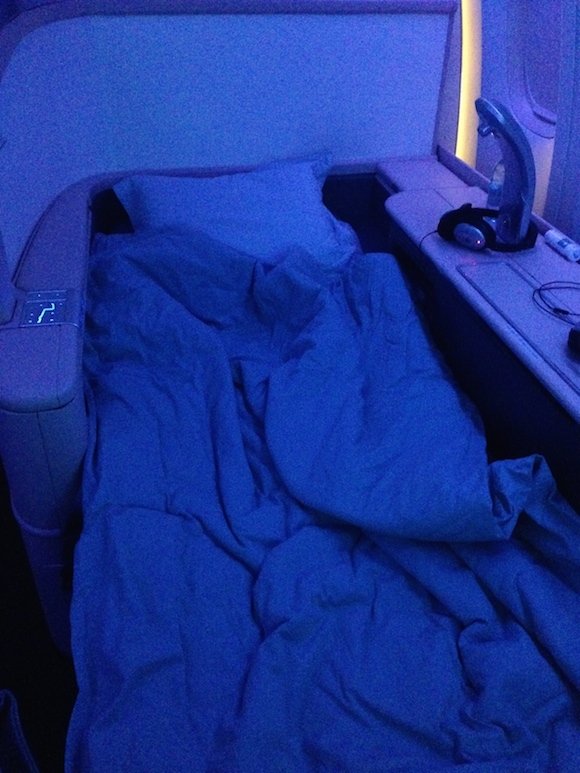 The amenities were also excellent. There were Bose headphones, comfy pajamas, and a high quality amenity kit. 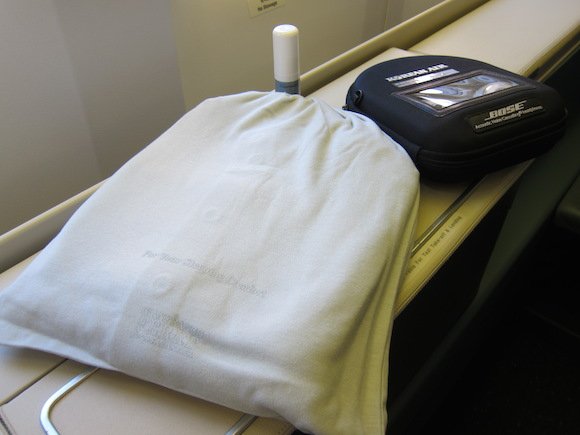 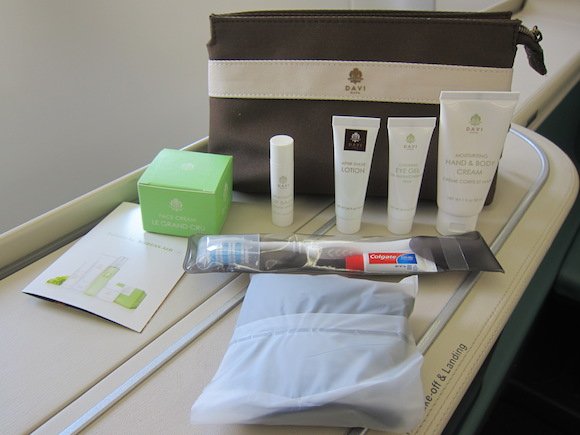 Would the real Korean Air captain please stand up?

Not to go Slim Shady on you guys, but I was really puzzled by the cockpit crew. And don’t get me wrong, that’s a good thing. Growing up I always wanted to be a pilot, and my dream was to work for a foreign carrier with a “mixed” cockpit crew, which I always found so intriguing.

First of all, this was my third Korean Air flight — on my first flight I had an American captain, on my second a Korean captain, and on this one I had… an international man of mystery.

I saw him during the flight and he was Caucasian, but was fluent in Korean, English, and Portuguese — damn!

But I was really puzzled by the number of captains aboard. There were at least two “four stripers” in the cockpit (first officers generally have three stripes and captains generally have four stripes), and then two guys seated in the first class cabin also deplaned with the same jackets — interesting! 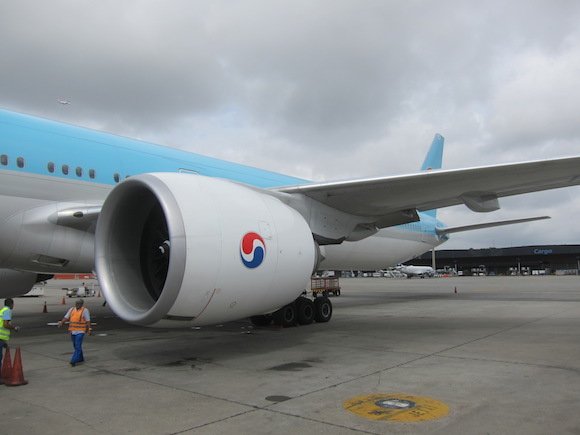 Not only is this probably the highest quality product flying between the US and South America, but equally exciting is that it’s also one of the most easily attainable on miles. Korean Air consistently releases 2-3 first class award seats per flight, and if booking through their own mileage program it’s just 70,000 SkyPass miles one-way.

This fifth freedom route is a real gem, between the service, food, seat, and excellent award availability. Can’t wait to try TAM to compare!

I have traveled six or seven times using the LAX to Sao Paulo route offered by Korean Air. I have also been permanently spoiled by the professionalism, courtesy, and service I've encountered on each of these flights - and that's in the economy section. It makes flying domestic in the US an impossible chore. With in excess of 100,000 Skypass miles, I'm looking forward to moving up the ladder toward first class - until then, this school teacher can be spoiled in the economy section. Thanks for the report and to Korean Air.

@ lucky -- One explanation of the warm cabin and no air nozzles particularly on Korean Airliners is their long held belief in fan death. http://en.wikipedia.org/wiki/Fan_death