Reader Sebastiaan sent along a cool project he has been working on with KLM, whereby he has been able to film some awesome cockpit footage for the airline to share on social media.

The first video follows a KLM 737 flying from Amsterdam to London, and focuses specifically on how the autopilot is used. It’s fascinating stuff, especially for someone that might not otherwise be familiar with the technical side of flying.

The second video follows a KLM 777 flying from Amsterdam to New York, and focuses specifically on the Atlantic “tracks” used, given the lack of radar over the ocean.

The third video follows a KLM 747 from Amsterdam to St. Maarten, which is possibly the coolest airport in the world for plane spotting. The fact that the runway is fairly short and the airport is surrounded by mountains doesn’t make it especially easy to fly to either.

Videos like this never get old, so thanks to Sebastiaan for sharing them with me. It’s also worth noting that as part of this project he has launched his own site, JetstreamTV, which has these videos and more to come. It’s kind of like some of the other cockpit videos out there, except you can watch them for free.

Totally awesome stuff, so be sure to check it out!

totally enjoyed watching these videos... thanks!

coolest thing I've seen in a while!! 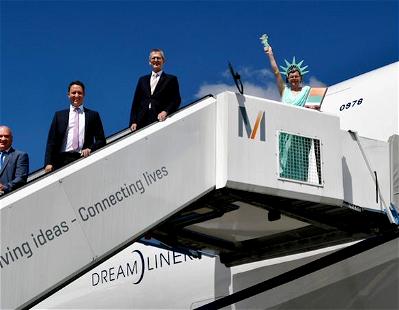