Along those lines, here are some interesting insights regarding Hilton Honors elite upgrades…

Hilton Honors recently started rolling out automated elite upgrades in advance, whereby elite members can be upgraded up to 72 hours prior to arrival. This is a cool feature, especially since it’s automated, so it takes some of the guessing out of the upgrade process.

Here’s an interesting twist, though. LoyaltyLobby reports what the alleged upgrade priority is for these automated upgrades. Here’s the priority order, according to this report:

This seems to just apply to the automated upgrade process — it’s anyone’s guess the extent to which this is followed for upgrades on the day of arrival.

Why this is so interesting and surprising

There are a couple of things about Hilton Honors’ automated upgrade priority that are noteworthy.

First of all, lifetime Diamond members are upgraded ahead of non-lifetime Diamond members. Personally I think that’s how it should be — those members are as loyal as they get, and they should be rewarded as such. Nonetheless, programs like Marriott Bonvoy and World of Hyatt don’t prioritize upgrades for lifetime elite members (at least officially), even though I think they should. Kudos to Hilton for that.

The much more interesting thing here is that those redeeming more than 100,000 Hilton Honors points are upgraded ahead of everyone else:

Hilton Honors recently rolled out automated elite upgrades, whereby some upgrades start to clear 72 hours before a stay. This is an awesome feature, since it takes the last minute guessing game out of upgrades.

What do you make of Hilton Honors’ alleged automated upgrade order?

Let's wait and see if this will be officially confirmed, but using award costs just as a tiebreaker among same-level elites would make more sense than the prioritization scheme whereby award costs would trump elite status level, as initially <b>rumored</b>.

Gary got confirmation from Hilton that my theory is close - status trumps - non elites aren’t part of this. Some award stays within tiers may be part of the priority.

86
Is Hilton Honors Diamond Status Worth It?

42
Hilton Aspire Perks: How They Work 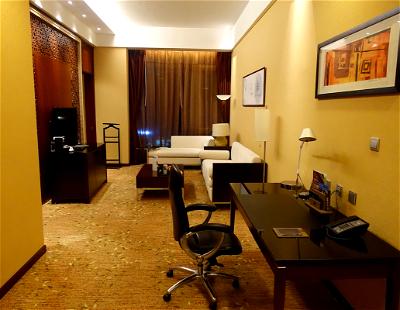