I literally haven’t gotten anything done in the past two hours, because I’m having way too much fun thinking about this. So please immediately stop everything you’re doing and join me!

Aeroplan is run by avgeeks, and they gave the following clue to guess the next partner:

They serve a particular, amazing aspirational destination and are the only one serving it on a scheduled basis with jet aircraft. In fact, the aircraft they use on this route is a fleet type they added specifically to serve this market!

I’ve now spent two hours on this, and still haven’t been able to come up with an airline that meets all these requirements. Aeroplan further clarified the clues as follows:

What airline will Aeroplan partner with?

Honestly I feel like I’ve spent the past two hours looking at every airline on earth, every aircraft delivery in recent history, etc., and I’ve come up with nothing. Zilch. Absolutely nothing. I feel like I’m probably missing something obvious, though.

I’ve considered everything from Aircalin, to Air Greenland, to Air Madagascar, to Air Tahiti Nui, to Bamboo Airways, to Bangkok Airways, to Drukair, to Fiji Airways, to Maldivian, but nothing quite checks out.

My initial guess was Air Greenland, which has one A330 that it uses to fly between Kangerlussuaq and Copenhagen, but I’m fairly certain the folks at Aeroplan aren’t considering Copenhagen an “amazing aspirational destination” (no offense), and for that matter Copenhagen Airport has plenty of jets. Similarly, Air Greenland can (and does) serve Greenland without jets, so this isn’t a case of Greenland being the “aspirational” destination.

Honestly, I’m so stumped, and I’m also having too much fun guessing. I won’t be able to get anything done until I figure this out, so I figure the best way to get to that point is to enlist the help of OMAAT readers, who collectively know everything.

Aeroplan will be announcing another new airline partner next week, and Aeroplan has provided some clues. Despite that, I can’t for the life of me figure out what the airline is. Thanks to the folks at Aeroplan for simultaneously bringing me such joy, and wasting so much of my time! 😉

This seems plausible to me. The Embraer 190 press release (February 2017) had a quote from the Airlink CEO saying “the E190’s ETOPS (Extended Twin Engine Operations) capability and range presents Airlink with new market opportunities to address isolated destinations that were previously beyond our reach and in some instances." Then later in 2017, Airlink won the bid to serve St. Helena. https://www.embraercommercialaviation.com/news/airlink-becomes-first-south-african-airline-to-fly-ejets/ https://en.wikipedia.org/wiki/Saint_Helena_Airport

Airlink to St. Helena from JNB? I would definitely consider St. Helena an aspirational destination, if only for the bragging rights of saying you've been to one of the most remote places on Earth. Airlink uses an E-190 and are the only ones to fly the route. South African Airways, post-bankruptcy, is a shell of itself and only has a dozen or so routes. Airlink, by contrast, is a much more useful partner for travel across southern Africa.

Something out of Bangkok does make sense given their new route there - but Pari has jet service from both Bhutan Airways and Druk Air. 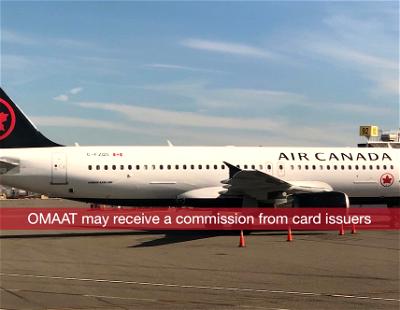 17
Caution: Amex To Aeroplan Transfers Limited To Once Daily 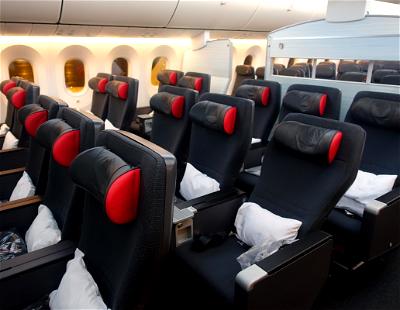