Why do some bags have to be gate checked?

For those not familiar with the concept of gate checking a bag, the idea is that you may have gone through security with your carry-on bag, but are then forced to gate check it when you try to board. This is most commonly for one of two reasons:

Generally speaking when you gate check a bag, it will arrive on the baggage claim belt, just like all other checked bags do. I think fear of having bags gate checked is one of the reasons we see so much crowding of gate areas at the start of the boarding process. In reality boarding is slowed down by people crowding the gate area, but that doesn’t seem to be how psychology works for most people.

It’s worth noting that sometimes when you’re flying a turboprop or small regional jet, you may have to valet check your bag at the gate. This is a bit different than a standard gate check, as your bag will typically be available planeside upon arrival, rather than at the baggage carousel.

Before I share some tips, let me address the ethics of this topic more broadly. Is it wrong to try to take a bag that’s larger than regulation size onto a plane? The way I view it, yes and no.

If you’re flying an ultra low cost carrier and try to bring on a full size carry-on that you’re not entitled to, you’re almost always not only going to be caught, but also fined, as these airlines often have higher fees if you have to check a bag at the gate rather than at check-in.

Similarly, I absolutely don’t encourage trying to take on a massive carry-on bag that won’t fit in the overhead bin, and where you’re inconveniencing others.

All that being said, personally I think it’s reasonable to try to exceed the limit in some cases. For example, some airlines have ridiculously low carry-on allowances, especially in terms of the weight requirement. For example, Singapore Airlines limits passengers (including in premium cabins) to carry-on bags weighing up to 7kg (~15lbs).

Everyone will of course have their own opinion on this, but personally I don’t have any ethical qualms with taking something that’s a bit heavier than that limit. This assumes that you can safely carry the bag yourself (and lift it into the overhead bin), and that you’re not taking up space that would belong to others.

That’s my two cents, but of course I respect that others will feel differently.

Is there a way to avoid having to gate check a bag?

Is there a way to avoid having to gate check your bag? The obvious tips are of course to not overpack, and to try to board as early as you can, since that addresses the two biggest reasons that bags have to be gate checked.

But what about beyond that? In my millions of miles of flying, I’ve been asked to gate check a bag maybe a handful of times, even though I pretty consistently exceed the carry-on allowance outside the United States (where 15 pound weight limits aren’t unusual).

There are a few easy tricks to minimize your odds of having to gate check a bag:

Now, I have a couple of tips that are likely to be a bit more controversial. The first I’ve witnessed but personally wouldn’t do, while the second happened to me by mistake:

It’s not uncommon to have to gate check a bag, either because overhead bins are simply full, or because your carry-on exceeds the limit. Sometimes this is because passengers try to travel with a kitchen sink, while other times it’s because airlines have unrealistically low carry-on limits.

While I wouldn’t expect to get away with anything on an airline that’s punitive about carry-ons (like an ultra low cost carrier), I do think there are some general strategies that can help you minimize odds of having to gate check a bag.

What has your experience been with gate checking bags? Any tips I missed?

Sorry Ben but I must disagree with you. Weight limits for carry-on bags exist for a reason. If you've ever seen what a 15kg bag falling out of an overhead bin can do to a human being, you'd probably agree. 7-10kg is a perfectly reasonable weight for carry-on luggage, especially if you have an additional personal item.

I get annoyed at people that bring a roller and another bag on the flight. Check your other bag. If your time is that important, then fly private. I check 2 bags on every trip (personal stuff and work stuff), and then just have my backpack with computer, headphones..etc. I will always put my bag overhead. If you bring two bags on, and put them both overhead, you are a jag.

What really pisses me off are the jerks that take bigger than allowed bag, more than one small and one personal and the biggest jerk of them all the ones that decide its fine to put their bags in the first/business/premium economy/preferred seats and stroll to the back. On occasion I see either the gate agent or flight attendant catch them. As for my backpack I will gladly move it out of the overhead if space is needed.

16
6 Ways To Save Money On Inflight Wi-Fi 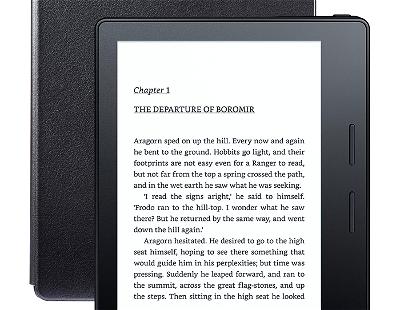 22
Which Amazon Kindle Is Best For Travelers?