A reader recently messaged me a question about air marshals on flights within the United States, and that made me think that I haven’t really written a post about the current state of the program.

I figured that would be a fun topic, though let me acknowledge that a lot of the information about the program is confidential, so some of this is just speculation.

What are federal air marshals, and what do they do?

While there are some sort of air marshals in many countries (in particular countries like Israel, Egypt, Jordan, etc.), I’ll be focusing on the Federal Air Marshal Service (FAMS) for the purposes of this post. FAMS is a United States federal law enforcement agency, and it’s under the supervision of the Transportation Security Administration (TSA), which reports to the United States Department of Homeland Security (DHS).

Interestingly air marshals in the United States date back all the way to the 1960s, though the program has evolved a lot over time, especially post-9/11 (after all, the TSA was only formed after 9/11).

Air marshals are armed and specially trained law enforcement officers that essentially fly around, disguised as regular passengers. They generally take flights that are deemed to be higher risk, and they’ll never reveal their identity unless there’s a major incident that requires them to. In other words, they generally won’t get involved if a passenger starts misbehaving, unless they think it poses a risk to the safety of the flight.

Now, the effectiveness of the modern day FAMS program is quite debatable. They don’t have much to show for their work in terms of having stopped any terror plots, though there have been several instances where air marshals have gotten in trouble for their behavior, ranging from leaving their gun behind, to getting arrested, to smuggling counterfeit viagra.

One thing I’m not sure of nowadays is what exactly the revenue arrangement is between air marshals and airlines. I believe back in the day airlines had to make these seats available at no cost, though I’m also seeing reports that the government pays the contracted government rates for seats, so I’m not sure what the reality is nowadays (if anyone has any insights, please chime in!).

How many flights have federal air marshals?

The FAMS program does still exist, though the number of people flying around the country as air marshals isn’t officially published. The last estimate I saw suggested that there are around 3,000 air marshals in the United States. However, about one-third of those work on the ground in managerial and other roles, so only around 2,000 are actually flying.

There are somewhere around 25,000-30,000 commercial flights in the United States daily, so what does that mean in terms of how many flights have air marshals? It’s hard to say, though here are a few things to consider:

How can you spot a federal air marshal?

Going back a decade, I’d always have fun playing the “spot the air marshal” game. To be honest, I haven’t put much thought into the program in recent years, but I imagine not a whole lot has changed. While air marshals are supposed to blend in, typically they’re pretty easy to spot. Among other things, here are a few things that stand out:

The federal air marshal program continues to be alive and well in the United States. There are only believed to be at most a few thousand people employed by FAMS, and many of those people don’t even fly. So while there continue to be air marshals, it’s estimated that fewer than 1% of flights have these people onboard.

They are the most frequently on flights to & from Washington, as well as select other routes that are deemed to be higher risk.

What’s your take on the air marshal program in the United States?

"They love button down shirts, and generally wear baggy clothes" I guess 98% of all American men who fly are Air Marshalls.

Just sit down and enjoy your flight “lolz”. Why would you do that? Goffy. You would wet your pants if you ever worked a day in their world.

Great comment. Care to expand? Otherwise, it is a pointless reply… 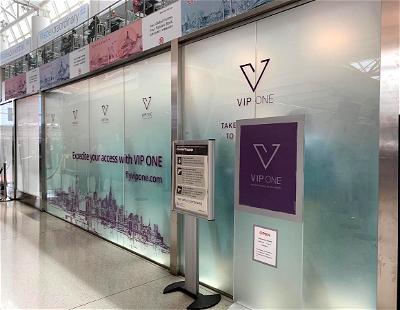 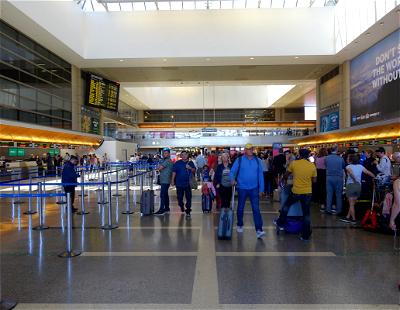