Iberia is one of the latest airlines to take delivery of the Airbus A350-900, which they’re using to replace their A340s.

The airline began by flying the A350 to New York JFK, with that service launching in August. Iberia’s next A350 routes will be to South America, though the airline has now revealed their next US route to be operated by the A350.

The schedule for that will be as follows:

Prior to this aircraft swap, Iberia is using an A340-600 on the route daily.

Iberia’s A350 features a total of 348 seats, including 31 business class seats, 24 premium economy seats, and 293 economy seats. That capacity is roughly comparable to that of the A340-600.

The good news is that Chicago is historically Iberia’s US gateway with the most award seats, so there are lots of options to redeem miles for this flight. Award availability for next summer isn’t amazing yet, but I imagine it will open up over time.

If wanting to book an award ticket for this flight, expect to pay the following number of Iberia Avios (off-peak and peak):

In terms of the onboard experience, unfortunately Iberia didn’t get all that innovative with the A350. While the plane as such is smooth and nice, they basically used the same business class seats as they have on their other widebody aircraft. They only have slight modifications. Here’s a review I wrote of Iberia’s A340 business class, for example.

Anyone plan to fly Iberia’s A350 business class between Chicago and Madrid?

The other route is Buenos Aires (which is way more important and profitable to IB than Chicago) but anyway... I guess that’s not important. 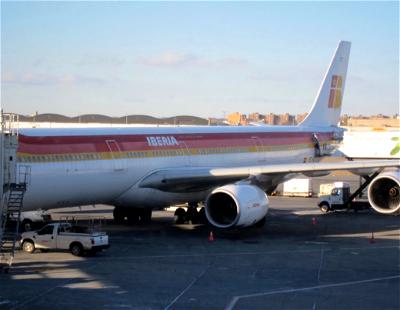 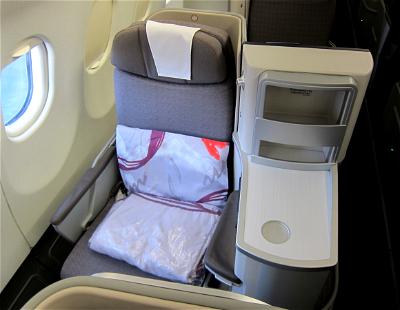