I was hoping to have some exciting stories about having scored $600 in travel credits this evening, but unfortunately there was no such luck. Instead I flew coach for the first time this year — voluntarily! As ridiculous as it might sound, I wanted to fly coach. There was upgrade space and I had upgrade certificates, but I also wanted to get some reading done and I just get too distracted in first class with all the food.

And I’ve gotta say, based on the way I flew today, first class isn’t even worth the click of the mouse that it takes to request an upgrade.

On both of my flights today I had an Economy Plus seat with an empty middle. On the first flight it was 6C on an A320, and the second flight was 10A on a B757. The first flight had the new leather seats, which were extremely comfortable. The real fun started on my second flight.

The gate agent announced that passengers with disabilities could board. At that point it occurred to me I was seated in 9C (I hadn’t even looked at my boarding pass), which is the aisle seat in the first row. Sounds nice in theory, but during boarding you get knocked right in the face by everyone’s carry-on. So I approached the gate agent and said “speaking of disabilities, to avoid one, do you have any other Economy Plus seat available besides 9C?” He chuckled and assigned me 10A, promising to keep 10B blocked.

The real shocker came with the crew on this flight. I thought I was flying a different airline. Two of the flight attendants had to be under 25, while the other two were under 35. What the heck? Compare that to the rather elderly (and as a blog reader that was on the flight confirms, rather matronly) flight attendant I had on the outbound.

As boarding finished up the gate agent came aboard and loudly told the flight attendants “he’s the only 1K, take good care of him.” Wow, very nice, although I wish he hadn’t basically said it loud enough for the whole Economy Plus cabin to hear. 😉

And indeed they took good care of me. They offered me whatever I wanted to eat (even asked if I wanted anything to go), and even brought me a cookie from first class. They were all around excellent, and that goes beyond them being nice to me.

I think I better stick to coach from now on!

You are talking about UA right??????? I think most of the gals on ORD-NRT have been at UA longer than the FA's on your flight had been alive :-). BTW the service has usually been great !!

Coins, I suffered the indignity of sitting in first ORD/TPA and TPA/IAD on Sunday evening (yep, they flew it). On the way down, one of the matronly (60 ish) flight atts provided one of the best serviced flights I had in a long time. If you recall, I'm partial to JFK crews. We had a nice conversation and she told me 'it's her job to provide exceptional service'. I love it when the system works. If I may waste your readers time... the system didn't work on IAD/SFO Sunday night. The pilot was a no-show. He was stuck at ORD. They gave everyone a hotel (Hyatt Dulles for me). I got a $350 appreciation voucher, and a ticket on the 6:40 am the next morning. Everyone else got put on a special section at 10:00am. Sat in first using e-500's. I'm appreciating 1k.

@Sara - You are not old. Fly to Hawaii on UA and you will see some old "senior mamas" and usually a 22 year old male purser... 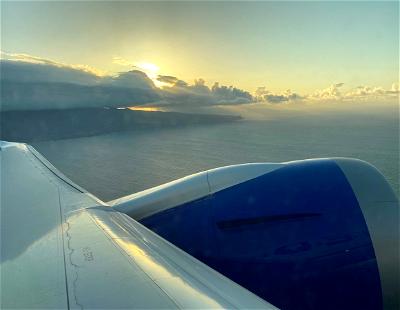 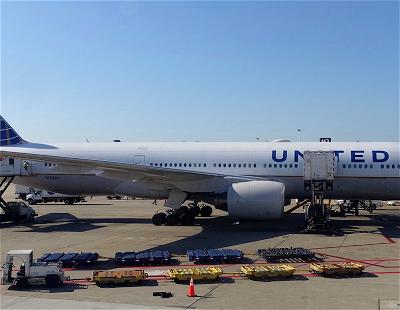