Arguably Hyatt’s biggest challenge is how small their global footprint is. We’ve seen a lot of consolidation in the hotel industry lately, as Marriott has acquired Starwood, IHG has acquired Kimpton, Accor has acquired Fairmont, Raffles, and Swissôtel, and much more. Meanwhile we’ve seen very little happen at Hyatt.

Hyatt has been struggling with growing their portfolio of full service hotels, with little organic growth, and also no acquisitions. A vast majority of new Hyatts have been part of their limited service Hyatt Place portfolio, and that doesn’t provide all that much value for loyalists, given the limited benefits at these hotels.

Bloomberg reports that Hyatt has expressed interest in acquiring NH Hotel Group, which is a Spanish hotel operator. Hyatt’s CEO, Mark Hoplamazian, said the following in a statement:

“Hyatt has a demonstrated track record of making strategic investments to extend the reach of our brands and create value for our stakeholders. In keeping with our growth strategy, we submitted a letter of intent expressing our interest in pursuing a potential acquisition of NH Hotel Group.

We believe that marrying NH Hotel Group’s strong footprint in Europe and select other markets with Hyatt’s global presence would yield a powerful portfolio of brands and network of hotels delivering compelling benefits for guests, owners and shareholders of both companies.”

NH Hotels is in an interesting situation, as their largest shareholder is Minor International, which is a Thai hospitality company. They recently increased their stake in NH Hotels to 35.55% by acquiring a stake from struggling HNA Group.

NH Hotels has about 380 hotels in 29 countries, with over 53,000 hotel rooms. Their biggest focus is in Europe and Latin America, which are areas where Hyatt has historically been pretty weak, so the two brands would complement one another in terms of their portfolio.

I’ve never stayed at an NH Hotel before. Based on what I’ve seen, it looks like the hotels are perfectly fine. For the most part they have mid-range hotels, with some options being more budget, and some hotels even being luxury. NH Collection hotels look quite nice, though there aren’t many of them. Of course I’d be much more likely to stay at any NH Hotels if they were part of the Hyatt portfolio.

So yeah, I think this would be great news for Hyatt loyalists, given that the companies complement one another geographically. At the same time, the hotels don’t look too exciting. But we’ve seen so many hotel acquisitions lately that I guess there aren’t that many interesting choices left.

What do you make of a potential takeover of NH Hotels by Hyatt?

This would be interesting - NH Collection is generally nice hotels - NH Hotels are a mixed bag - as someone who is currently living in a NH Hotel in Colombia, it is a mixed experience - Standard is basic, functional and clean, but there is no real incentive for loyalty, especially since none of the hotels in the NH chain in Colombia earns towards status in the program.

NH is really a mixed bag, ranging from pretty good to pretty bad. Not sure this is a good idea for Hyatt, it will lead to a lot of angry customers who expect a consistent standard from a Hyatt brand.

Worst thing about NH is the loyalty scheme. Points have an expiry date based on the time they were earned and you pay on check out using the points rather than on booking. Useless. I don’t bother staying in them now. Some nice properties in Amsterdam. 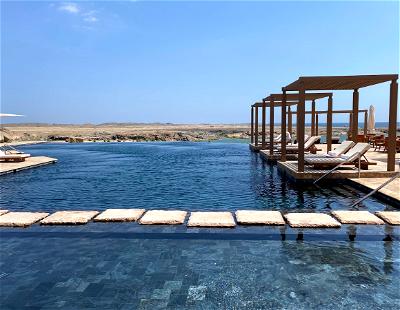 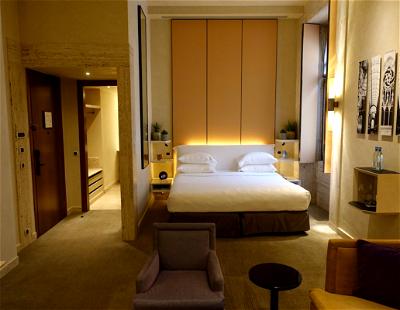