One of the unique things Qatar Airways does on flights within the Middle East is that they classify their forward-most cabin as first class.

In other words, if you have an hour flight between Doha and Dubai that’s operated by an A320, the premium cabin is marketed as first class and not as business class. 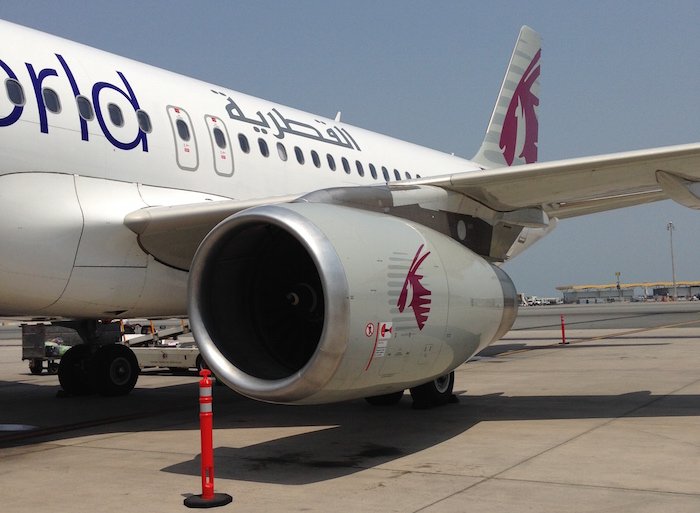 It’s important to clarify that this is exclusively the case on flights within the Middle East. 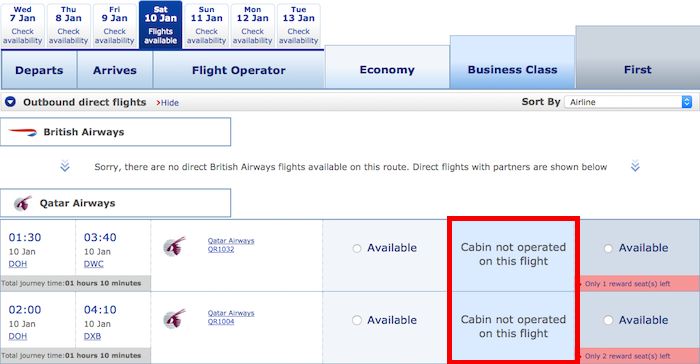 If you fly that same A320 from Doha to Colombo, Sri Lanka instead, that cabin would be marketed as business class.

This is interesting, since Qatar Airways is one of those airlines which is almost entirely eliminating first class. The only longhaul routes on which they operate a first class cabin are Bangkok, London, and Paris, while all other longhaul routes have business class as the highest cabin. 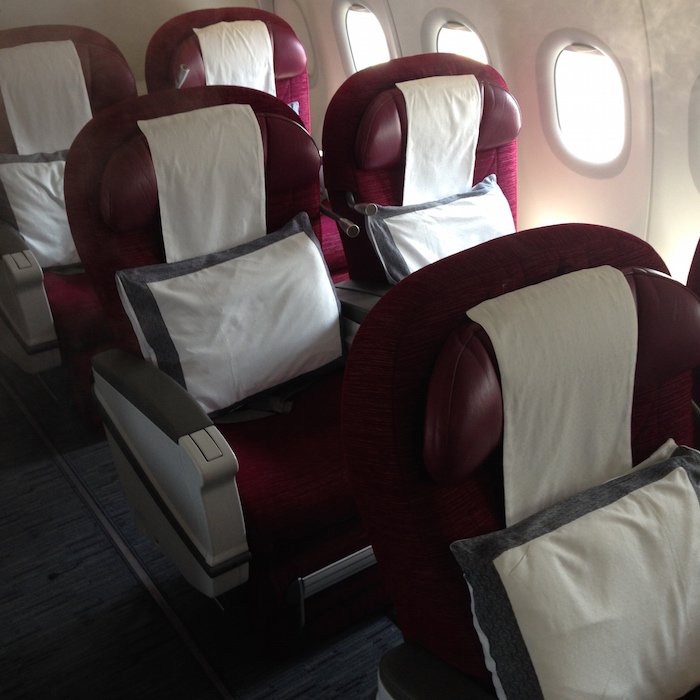 So why does Qatar Airways make an exception on short-haul flights within the Middle East, and market the forward cabin as first class? The way it was explained to me is that many of the premium passengers traveling on those routes are Qataris, and they want to make the best services available to them, so that they get first class lounge access, etc. I guess that’s the benefit of having a state owned airline. 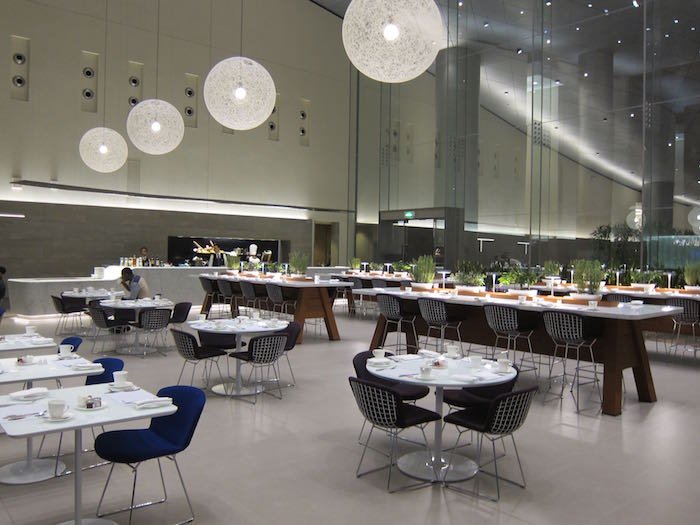 So what happens on a business class award ticket?

This gets tricky when you’re booking a business class award ticket to the Middle East on Qatar Airways. Say you book London to Doha in business class, and then want to connect within the Middle East in the forward-most cabin, which is first class. Technically that would price as a first class award, since awards are charged based on the highest class of service you’re flying during the journey.

But this is an area where American AAdvantage will actually make an exception. If you price out such an award and are quoted the first class price, explain to the agent that it’s really a two class plane, and they should be able to call the rates desk and get it manually priced. I’ve had luck with this several times. If you’re rejected, just hang up and call again.

Note, however, that I haven’t had luck with this when booking awards through US Airways Dividend Miles and British Airways Executive Club.

Given that Qatar Airways serves Krug on some flights within the Middle East that are marketed as first class, it’s a great way to drink first class champagne at business class prices. 😉 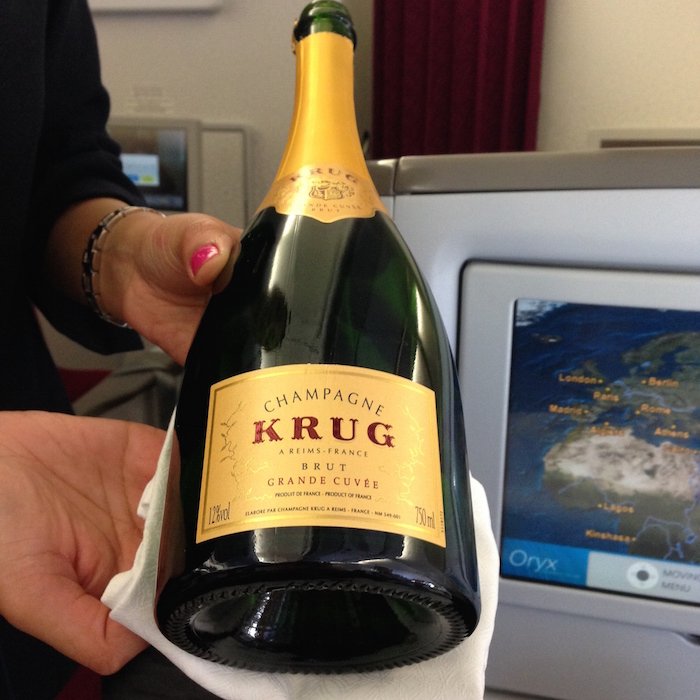 Before I knew this trick I’d often add an extra connection on flights within the Middle East so I could stay in the forward cabin all the way. For example, if I wanted to fly business class from London Doha to Muscat, I’d book Doha to Abu Dhabi to Muscat in business class on Etihad Airways, rather than pay the first class price on the Doha to Muscat nonstop.

This trick adds considerable value to redeeming AAdvantage miles for travel on Qatar Airways to/from the Middle East, in my opinion.

Have you ever used this “trick” to lower the cost of a Qatar Airways AAdvantage award to/from the Middle East?

@Jo Anna Hill Did you have access to the first class lounge by doing JFK-DOH J and DOH-MCT F for 70K AAdvantage miles in late 2016 or early 2017? I know the situation in the Middle East for QTR is quite different now, but that particular routing should still be OK, I would think.

After calling a few agents I was able to get the price reduced to the Business class award (BUD-DOH-DXB). From other reports here it seems we would have access to the lounge, but I'll have to confirm later this month.

@Adam W. - I just booked JFK-DOH (business class) DOH-Muscat (first class) 70k AAdvantage miles. My question is, will I be able to use the first class lounge in Doha??