15
Share
Tweet
In the interest of full disclosure, OMAAT earns a referral bonus for anyone that’s approved through some of the below links. These are the best publicly available offers (terms apply) that we have found for each product or service. Opinions expressed here are the author's alone, not those of the bank, credit card issuer, airline, hotel chain, or product manufacturer/service provider, and have not been reviewed, approved or otherwise endorsed by any of these entities. Please check out our advertiser policy for further details about our partners, and thanks for your support!

JetBlue is quickly expanding their Mint product, which is their competitively priced fully flat bed business class product on a growing number of routes. While JetBlue started by offering Mint from New York to Los Angeles and San Francisco a couple of years back, they have expanded it nicely since then, and have even loftier expansion goals. 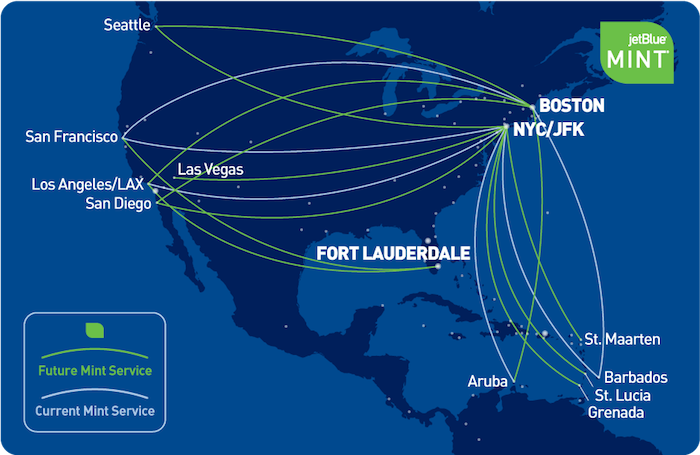 So, given JetBlue’s lack of frequent flyer program partnerships, what are the best ways to redeem points for JetBlue Mint?

Why I love JetBlue Mint

To start, I should probably explain what makes Mint special. I flew JetBlue Mint for the first time this August from New York to Los Angeles, and was blown away. The JetBlue Mint cabin has four “suites,” which can be reserved by Mint customers on a first come first serve basis. 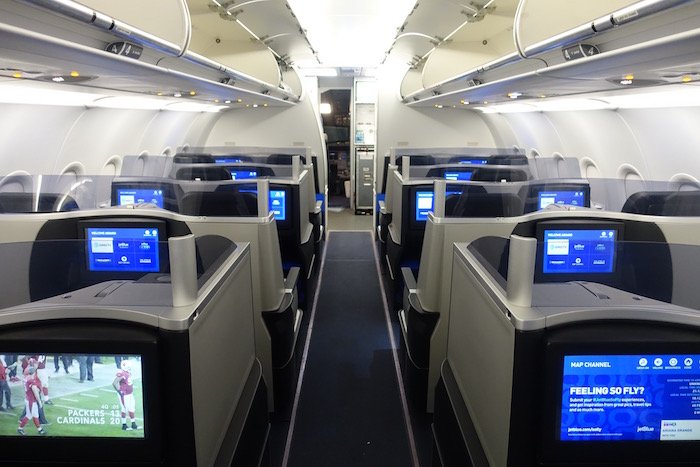 These are fully enclosed suites with a door. 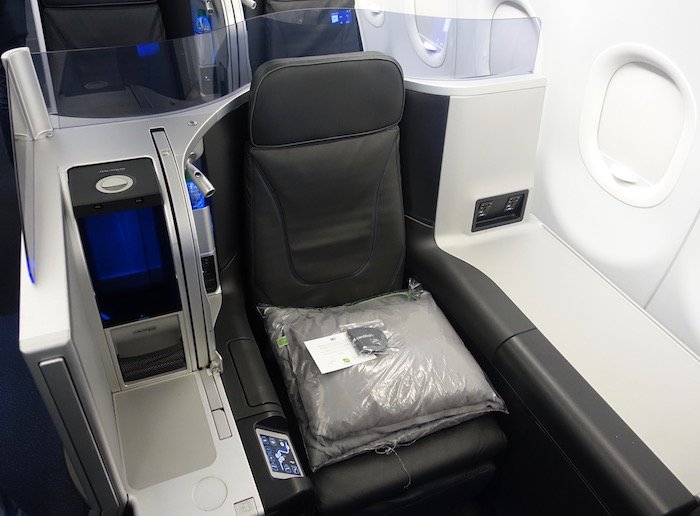 While the seats are great, what really sets JetBlue Mint apart is the service. The flight attendants that work Mint are specially trained, and couldn’t be prouder or more customer focused. On both of my Mint flights I had to pinch myself and make sure I was actually on a U.S. airline, since it’s rare you get service like that on a domestic flight.

Furthermore, the food in Mint is simple and delicious. I wish more airlines would take JetBlue’s approach, rather than over promising and under delivering. Each passenger gets to choose three “dishes,” from a variety of options. 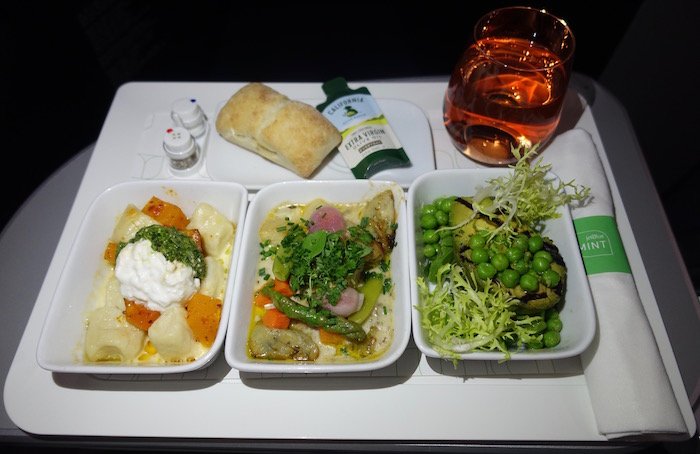 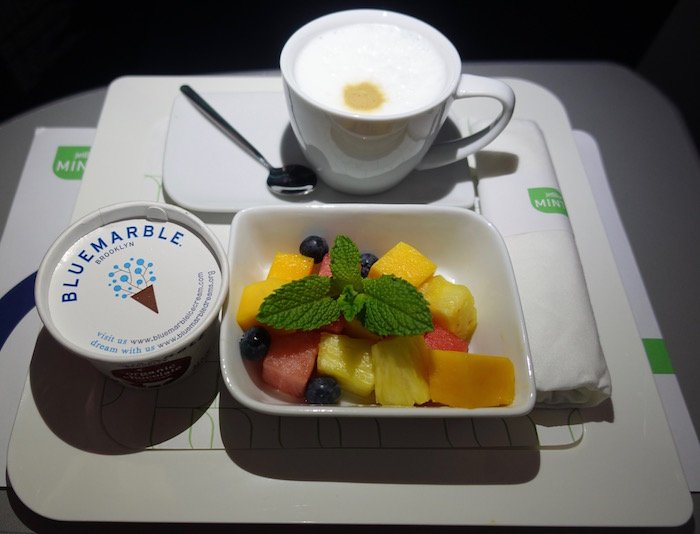 Simply put, JetBlue Mint is my favorite way to fly within the U.S.

JetBlue’s TrueBlue program is revenue based, meaning that the cost of a redemption is directly tied to the cost of a ticket. However, the amount of value you get per point varies by flight, typically ranging from ~1.3 to ~1.7 cents per point.

For example, on the below flight between Tampa and New York, you can redeem 6,300 points in lieu of ~$108 of airfare, which gets you ~1.71 cents per point of value.

The value isn’t totally consistent, but for what it’s worth I find that JetBlue Mint redemptions price on the lower end on the value scale when redeeming TrueBlue points. I don’t think I’ve ever seen TrueBlue redemptions for JetBlue Mint get you more than ~1.4 cents per point.

Regardless of which redemption option you choose, be sure you have JetBlue Plus Card, which gets you 10% of your points back every time you redeem. That can nicely increase the value of all your redemptions.

So you do have the option of redeeming TrueBlue points for JetBlue Mint, but it’s not an ideal redemption, since it typically doesn’t get you the maximum value per point.

As I recently wrote about, one of the fantastic new benefits of The Business Platinum Card® from American Express is that you get a 35% refund on “Pay With Points” redemptions when booking premium cabins on any airline. Typically the “Pay With Points” option gets you one cent per point of value, meaning you’re now getting about two cents of value per point. 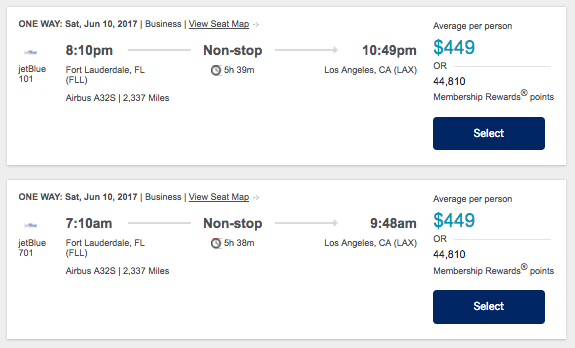 That’s incredible for a transcontinental business class flight with really good availability. On top of that, you’d even earn 3x TrueBlue points per dollar of base airfare. ~22,000 miles is less than airlines usually charge for a saver level one-way domestic first class award. 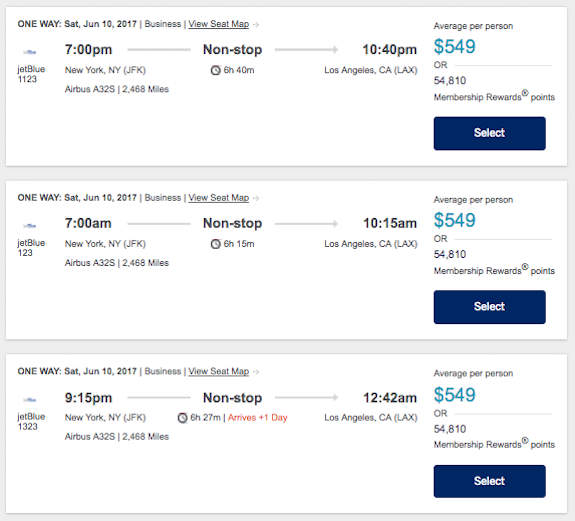 Redeeming points earned on The Business Platinum Card® from American Express towards a JetBlue Mint ticket is a value that’s tough to beat.

While the value isn’t quite as good, if you have the Chase Sapphire Reserve® you can redeem points at the rate of 1.5 cents each towards the cost of an airline ticket. Best of all, if you have that card you can pool points earned on the Chase Sapphire Preferred® Card and Ink Business Preferred® Credit Card, so you can redeem all those points at that rate.

So for example, that one-way ticket from Fort Lauderdale to Los Angeles would cost you under 30,000 points each way, which is still a very good deal. 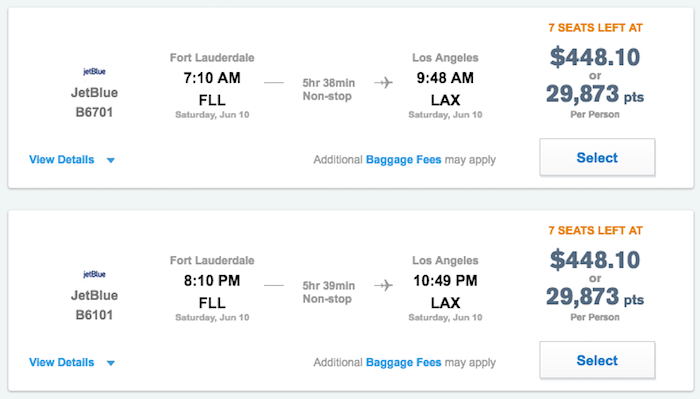 I know this isn’t useful in the context of explaining how to redeem points on JetBlue, but I think there’s some merit to outright paying for Mint. Consider a $449 flight between Fort Lauderdale and Los Angeles:

If you pay with The Platinum Card® from American Express you’d earn 5x points on airfare, or if you paid with JetBlue Plus Card you’d get 6x points on JetBlue airfare.

On top of that, for booking through JetBlue’s website you’d earn 6x TrueBlue points per dollar spent.

That means you’re earning either 12x TrueBlue points per dollar spent, or otherwise 5x Membership Rewards points and 6x TrueBlue points. The point is, that’s a return of almost 20% on your spend.

That brings the real “out of pocket” down to ~$350 one-way. For six hours in a flat bed with a door, that’s a great value…

JetBlue Mint is a phenomenal product, and one any airline enthusiast should try. Best of all, it isn’t at all unattainable if you’re looking to redeem points. As a matter of fact, it can be a better value than many other domestic premium cabin products.

So whether you’re redeeming TrueBlue points and getting the 10% refund with JetBlue Plus Card, redeeming point with a 35% refund through The Business Platinum Card® from American Express, or just making a revenue booking and maximizing the points you earn, there are plenty of affordable ways to try JetBlue Mint.

I flew JB Mint BOS-SFO in November 2016 using points one way and paying for the return. Totally worth it. My best flight experience in the US ever. Flight cost about $550 each way. Used about 45,000 pts. for the "free" flight. A lousy return on miles, but I wanted the Mint Experience. Great service, great food, great selections to drink. Used my JB Plus Card and got the refund as promised. Will definitely fly this way in the future for long flights. 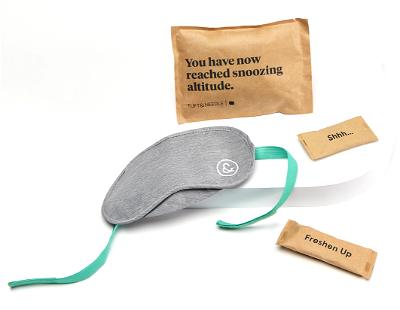 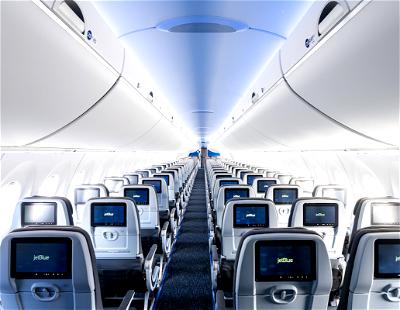