While I personally like the value offered by some hotel loyalty programs, a lot of people like the Hotels.com Rewards program, thanks to how straightforward and rewarding it is.

With this, you get a free night after you book 10 nights with hotels.com. That free night is worth the average amount you spent the previous 10 nights, though you still have to pay taxes and fees.

So is this intended to encourage members to use the app, or what’s the justification? As the company explains to members in an email:

We’re making this change to cover some of the costs of running the program, so more than 43 million Hotels.com Rewards members can continue to benefit from this program.

That’s not exactly a very good explanation of the logic of this change. They’re making this change to cover “some of the cost of running the program?” But they’ll also waive it if you use the app?

For anyone wondering about the economics of the Hotels.com Rewards program:

While a $5 redemption fee is hardly a huge deal for what’s otherwise a great program, on principle these kinds of program changes really rub me the wrong way.

It’s just such an insult to members to add an arbitrary $5 fee to redeem a “free” night. I guess we should be happy that this is the change and nothing more significant, but on principle, I’d rather see a change to the value proposition of the program rather than an arbitrary $5 fee that isn’t really correlated to anything.

It does make sense - companies have to pay exorbitant fees to Google, Kayak, and other aggregators when you make your way to their site via these 3rd parties. When the cost of getting a customer to the site is 1-2% of their potential spend (whether or not they actually make a purchase) and you are giving back 10% in rewards, and you receive 15-20% commission on bookings made through the site from properties, suddenly you are not making enough on a single booking to cover the related costs. The $5 fee is most likely intended to offset the acquisition costs that they don't actually have to pay if you book through their app. That's why a LOT of e-commerce companies make purchasing through a rewards app more rewarding than purchasing from their website, because they are hoping that will help shift people away from clicking through Google ads, etc. which cost a lot each time. (Basic SEM)

If you check, you will see that the prices are higher in the app on a lot of hotels. So, in reality, they get you either way-- just a matter of how much.

If they had any sense, they'd REWARD you for redeeming REWARDS via their "app," rather than PUNISH you for LOYALLY using their website like I have for so many years. This has SERIOUSLY rubbed me the wrong way. I'm not installing the app for sure now, and will likely reduce my use of them entirely, as a result of this stupid move. 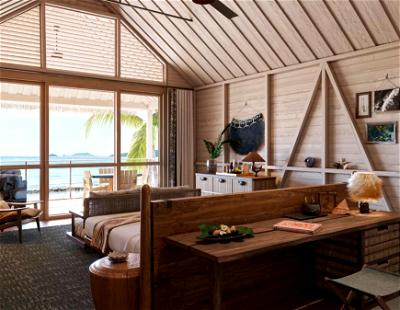