I’d like to think I’m a pretty brave person. I’m only scared of spiders and crocodiles and clowns and ghosts under beds and germs. That’s it. 😉

But if I had to choose a single worst fear, it would probably be getting attacked by a crocodile in a hotel pool. While this isn’t a new story, it seems like that’s exactly what happened at a hotel in Zimbabwe a while ago, and I just saw the video for the first time. Here’s how the YouTube video is described:

A couple was attacked by a crocodile while swimming in a hotel pool in Kariba, Mashonaland Central Province, Zimbabwe. The video shows a woman being attacked by the crocodile before she managed to leave the pool just in time after the close encounter.

And here’s the video (fortunately it’s not that graphic, as you’ll see):

You're like Archer: his second and third greatest fears are crocodiles and alligators. (His worst fear is a brain aneurysm) Happy New Year!

Great post. I'm not afraid of spiders; everyone is afraid of crocodiles (or should be). Croc in the pool would be a better movie than snakes on a plane!

check out that rack 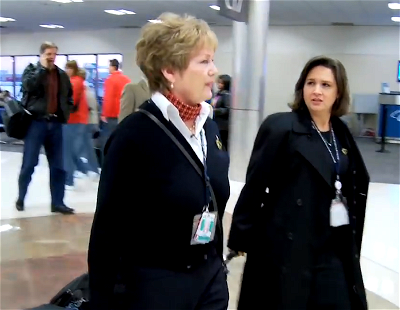