In late 2021 we saw the introduction of the $199 annual fee World of Hyatt Business Credit Card (review), which is Hyatt’s first business credit card. Okay, in fairness, I’d argue that the World of Hyatt Credit Card (review) is all-around more lucrative, though that’s a card that many of us Hyatt loyalists already have, and there’s value to be had in picking up the business version of the card as well.

I applied for the World of Hyatt Business Card shortly after it was introduced and was instantly approved, and I know many readers are in the same boat. I wanted to share six reasons to consider picking up Hyatt’s business credit card in this post. In no particular order…

I value World of Hyatt points at ~1.5 cents each, so that welcome bonus is worth $900. Note that you’re eligible for this card (including the bonus) even if you have the personal version of the card.

Chase has what’s known as the 5/24 rule, whereby you typically won’t be approved for a card if you’ve opened five or more new card accounts in the past 24 months. While this card is subjected to that rule, the good thing is that applying for the World of Hyatt Business Card won’t count as a further card toward that limit.

$100 in Hyatt credits per year

If you stay at Hyatts with any frequency, then that credit should be worth face value. And frankly if you’re not staying at Hyatts at least twice per year and spending $50 each time (even if it’s on incidentals), then the card probably isn’t for you.

Being able to earn elite nights through credit card spending can be valuable, whether you’re going for World of Hyatt Globalist status, or are looking to reach the next Milestone Rewards threshold.

Given that the current welcome bonus requires spending $7,500, my strategy would be to plan on spending at least $10,000 on the card this year, so you can earn at least five elite nights with the card.

The World of Hyatt Business Card is Chase’s first card to feature an adaptive accelerator, rewarding cardmembers based on the categories that they spend the most money in each quarter. The card consistently offers 4x points for spending at Hyatt hotels and 2x points for fitness clubs and gym memberships.

Discoverist status for up to six people

The World of Hyatt Business Card offers Discoverist status not only for the primary cardmember, but also for up to five employees (they don’t even have to be authorized users on the card). While this is only entry-level status, it still offers some valuable perks, especially when you consider that you can gift this status to five others. The perks of Hyatt Discoverist status include the following:

The World of Hyatt Business Card was introduced a few months back. The card isn’t quite the slam dunk that the World of Hyatt Credit Card is, at least in terms of being able to derive value from the card without even putting spending on it.

Mr. Ben Schlappig Do you have this Hyatt Business card?

I signed on for the healthy 75k initial bonus, with the two $50 statement credits helpful, too. I likely won’t renew the card unless Chase antes up with a significant retention offer. 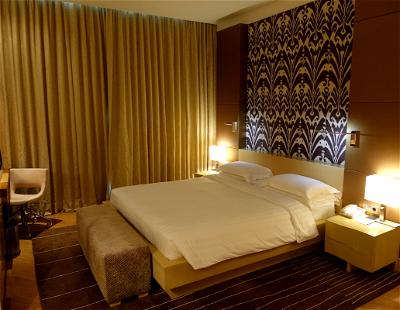 14
My Hyatt Concierge: How Valuable Is This Benefit? 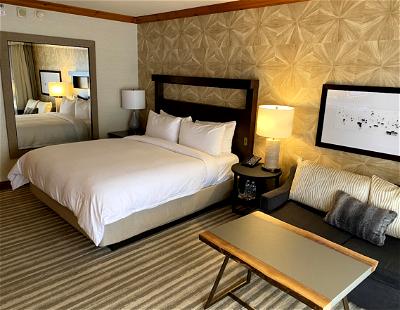