Etihad Airways sent out an email this morning to Etihad Guest members, with the headline “Enhance Your Economy Class Journey.” How is Etihad enhancing the economy journey? By adding fees to select seats, of course, given that this will “ensure you select the perfect seat onboard.” That’s some next level marketing spin.

For flights as of July 15, 2018, Etihad will be charging for all economy seat assignments. This new fee will apply on Economy Deal, Economy Saver, and Economy Classic fares, as well as award tickets, though Economy Flex tickets will still be eligible for complimentary seat assignments in advance. As before, passengers can continue to select seats for free within 24 hours of departure.

It’s especially ridiculous that they’re applying this to tickets that are already issued. In other words, if you already booked a ticket for travel on July 15 or later but haven’t selected a seat, you’ll now be charged for the privilege of doing so.

So, how much are the new seat assignment fees? Here’s the seatmap between Abu Dhabi and London on July 14 (before the new fees kick in): 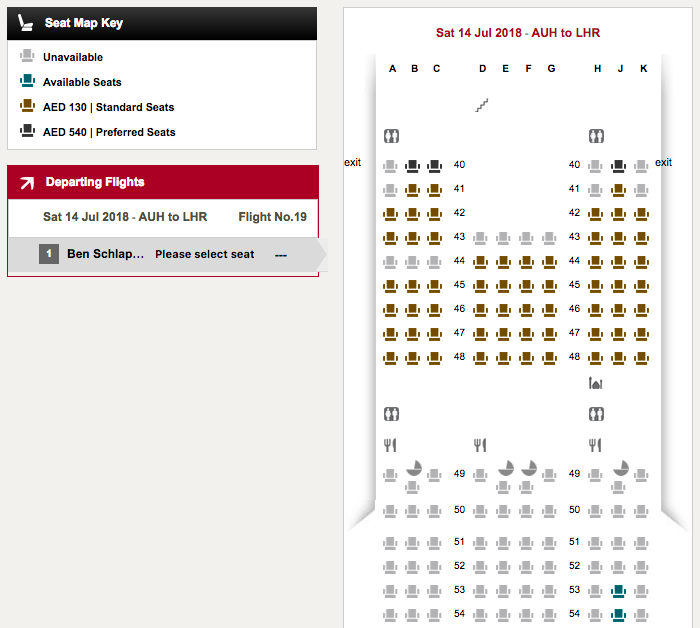 And here’s the seatmap on July 15 (after the new fees kick in): 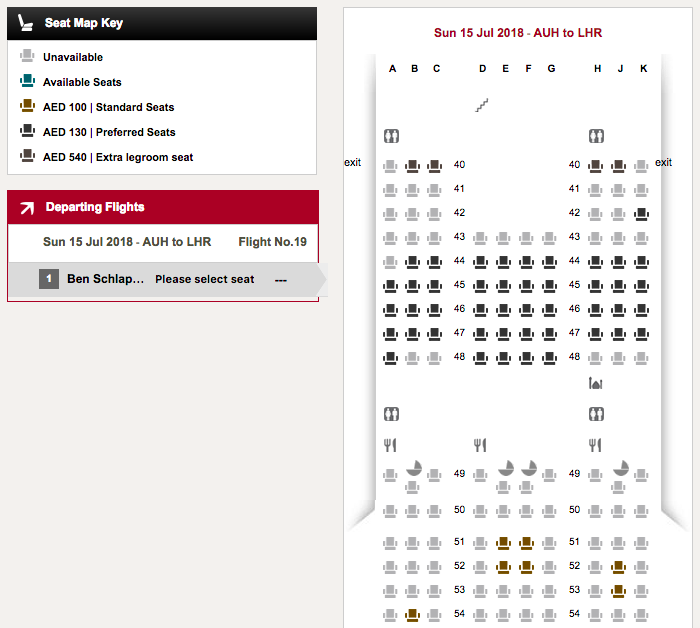 Charging 100AED (~27USD) for a seat assignment on an eight hour flight is about what I’d expect an airline to charge, and I imagine they’re charging even more on longhaul flights.

This move doesn’t come as much of a surprise, and if anything I’m surprised it took Etihad so long to add this fee, given the financial situation they’re in. The airline is about to undergo a radical restructuring, and I fear as part of that we’ll continue to see them cost cut.

As much as I’m sad to see this move, I’m also not surprised. Even Emirates charges for advance seat assignments on many fares, and they’ve been doing so since 2016.

What do you make of Etihad’s new fees to assign economy seats?

Etihad changed in the last few years from a premium airline with budget pricing to a real budget airline.

For my girlfriend and I to fly to Australia and back, if we book even normal seats so we can simply sit together as we would expect to do, it's 300 euros extra for the 4 flights we have to take to get there and back. If I had known this, I wouldn't have booked with Etihad. It will be the last time I fly with them unfortunately, now they have turned into Ryan Air. I used to think they were fantastic but that is way too much just to sit together.

Been a platinum for about a year...and yea.......not worth it. Just for kicks, trying to change seats on the mobile app, and every available seats are premium seats...wtf. But there is a work around for this that I've been using to snag exit row seats: come to the airport early and just ask the check-in agent nicely with a smile :) 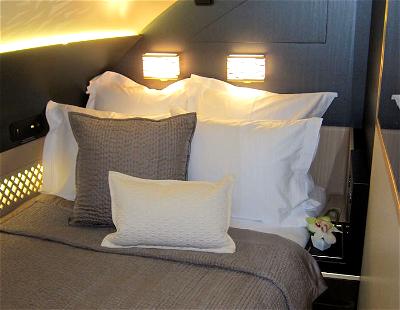 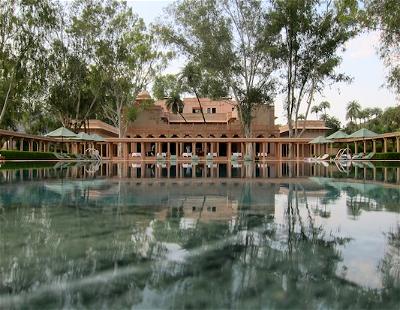