Ethiopian Airlines has today put a new flight to Houston on sale. However, they’re doing this for the third time in the past several weeks, as they ended up pulling the flight the previous two times.

But this time I think it’s actually happening — let me explain why.

In late January I wrote about some significant changes that Ethiopian Airlines was supposed to make to their US route network. The airline announced that as of summer 2019 they’d discontinue flights to Los Angeles, and would instead add flights to Houston.

The airline has been flying to Los Angeles since summer 2015, and just couldn’t make the flight work. First they operated the route via Dublin, and then recently they switched up the route to instead operate via Lome, Togo, but I guess even that didn’t help much.

As of today the airline has once again put the flight on sale, and they’ve even posted about it on their social media (which they didn’t in the past — they just quietly put the flights on sale).

#Ethiopian is pleased to announce that it has finalized all preparations to launch a thrice weekly flights to #Houston ,Texas as of December 16, 2019. Houston is the fourth most populous city in the United States and a City where NASA's control center is located. pic.twitter.com/5DM8cXeD3G

Ethiopian Airlines will launch 3x weekly flights between Addis Ababa and Houston as of December 16, 2019. The route will operate via Lome, Togo, using a Boeing 787-8, with the following schedule:

This route will once again make Houston an airport with service to six continents (meanwhile Los Angeles lost that title when Ethiopian Airlines cut flights).

This Route Has Horrible Aircraft Utilization

As you can see, this route has terrible aircraft utilization. The 787 will sit on the ground in Houston for about 20 hours with each rotation. But that’s also why I’m confident that they’re serious about the route this time around.

This also sheds some light on why they put the flight on sale and then pulled it several times, as they used radically different schedules each time.

As a point of comparison, here’s what the schedule looked like the last time the route was on sale:

Based on the schedule it sure seems to me like Ethiopian Airlines’ focus is on connections in West Africa via Lome, as the airline has a partnership with ASKY. In a way that’s surprising, because in the process they’ve also limited connection opportunities in both Houston and Addis Ababa, all while having bad aircraft utilization. I’m sure they did the math on it, though…

The route has plenty of award availability, in both economy and business class. So this is a great option for getting between Houston and Africa with miles.

Ethiopian Airlines has gone back and forth on this route quite a bit, and this is the third time the flight is going on sale. This time they officially announced the route on social media and have also gone with a radically different schedule, so I suspect it will stick.

What do you make of Ethiopian Airlines’ new flight to Houston?

A shame about Ethiopian pulling out of LAX. These days, if I want to fly from ADD to LAX I have to transit IAD and get on a dirty United B737-900 codeshare flight. What a come down from what I’m sure is top notch cabin service on Ethiopian. Anything to not have to fly with the burned out grandmas, or the young and pretty but indifferent millenials, that crew the United flights.

The flight into Houston arrives so late it limits the amount of connections with United. Maybe a Las Vegas or LAX flight, but that's about it. I give it 6 months before it's dead.

@Sean M I am also suspecting that by sitting the plane on ground at IAH for 20hrs, ET could easily make the same group of crew do turnaround on the second day (which is common for many African and South Asian airlines to do), saving the cost significantly by not having 2 sets of crew for IAH. 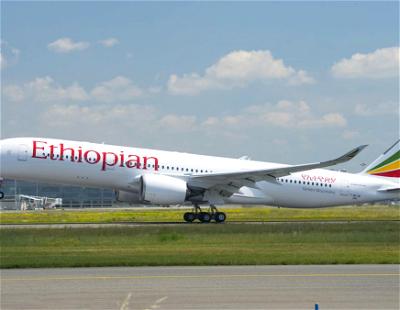