News is just breaking of an Emirates 777 that crash landed at Dubai Airport today. The flight, EK521, was operating from Thiruvananthapuram, India, to Dubai, and crash landed at around 12:45PM local time (less than an hour ago).

Here’s a picture of the plane after it crash landed:

Emirates Boeing 777 on fire at #Dubai parts of fuselage broken off: appears to be #EK521 from Thiruvananthapuram. pic.twitter.com/sJS0y7vNk3

Here’s video footage of the plane on fire.

So far Emirates has only confirmed that an “incident” has occurred, though hasn’t publicly said anything else. They have changed their social media profile logos to gray, as airlines often do following tragedies.

Emirates can confirm that an incident happened at Dubai International Airport on 3rd August 2016 at about 12.45pm local time.

Gulf News is reporting that supposedly all passengers have been “escorted to safety,” though I wouldn’t necessarily assume that to be fact until the airline and airport authorities confirm that as well.

If nothing else, I suspect this plane won’t be flying anytime soon, and that this will have a significant impact on operations at Dubai Airport over the coming days, given that a runway will presumably stay closed as the investigation occurs, and as the plane and debris are removed.

Here’s to hoping everyone onboard is okay.

I'm appalled at some of the ignorant comments about this crash. I entirely concur with the respondent who said that none of us is remotely aware of the cause at this early juncture, in which case let those clearly stupid/opportunist creatures stop their 'assertions'. Wait until the experts come up with FACTS.

Oh I am on the same road where someone else lost his life. Does that mean I am going to. Moreover all the passengers despite pondering on their belongings made it alive. Unfortunate for the Hero fire fighter who lost his life trying to contain the fire. It is a real shame people want to blame someone, after all does it help anyone. Loose tongue & a loser Indian Politician Shashi Tharoor also had a very funny opinion of his own

@tim, I think you are mistaken here, The Gimli Glider didn't crash because there was a mistake with the fuel gauge, rather it crashed due to a conversion mistake (pounds to kgs) 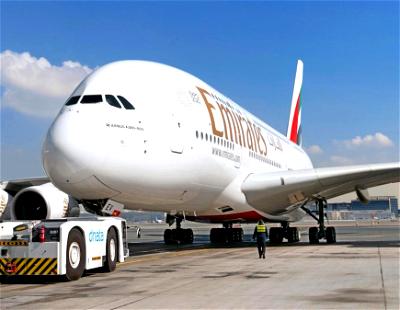