The New York Times ran a story this week outlining President Trump’s proposed budget cuts. Among those is a proposal to eliminate the Essential Air Service program.

Over 150 markets are served thanks to the Essential Air Service program, and according to Wikipedia:

The EAS program is pretty controversial, and I can see both sides of it. For example, I see merit to the EAS program for many markets in Alaska, where there’s really no other practical way for citizens to get to airports.

However, there are also some other markets that are more questionable. For example, Lancaster Airport has an EAS subsidy, even though it’s just a ~34 mile and ~35 minute drive from Harrisburg Airport. Should taxpayers really be subsidizing that?

Even among those who support the EAS program in some form, there’s debate as to whether funding should be on the federal or state level. For example, I think most can agree there’s merit to some sort of subsidies in rural Alaska, though many argue it’s something that the state government should pay for, rather than the federal government.

Do keep in mind that some EAS services even fly completely empty, without a single passenger. Airlines are only paid by the federal government if they operate the flight, and many flights are profitable through the subsidy alone. So under this program airlines are encouraged to operate completely empty flights. What sense does that make?

To provide one example (that I learned about last year), Mokulele operates 4x daily flights between Los Angeles and El Centro-Imperial. The airline is paid $2.44 million per year to operate the route. To break down the numbers, that’s a subsidy of ~$6,700 per day, or ~$835 per flight in each direction, or ~$93 per seat per direction. 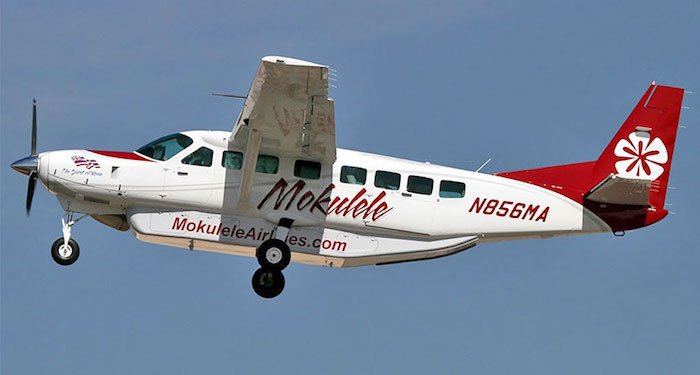 It’ll be interesting to see if the Essential Air Service program is eliminated altogether. Personally I think the program is wasteful in its current form, and they need to cut back the number of markets and frequencies that get this subsidy. At the same time, I can see the need for the EAS subsidy in some markets, including in many parts of Alaska. Whether that should fall on the federal or state government, though, is a different story.

If the big U.S. carriers wanted to be consistent with their logic then they should 100% support this. After all, government subsidies of any sort are evil, according on them.

If the budget for the EAS program is in fact cut, expect airlines to pull out of a lot of small markets.

What do you make of the Essential Air Service program, and do you support the federal government eliminating funding for it?

I work for an EAS company. Of course I want to feel like there is job security, but our country is condeming the next generation. We have a ten thousand day budget on parts going to Provide Jobs mostly to the Swiss. If we don't stop subsidizing aircraft business ,then we will continue to hear the lies, a windshield cost 50,000 because of regulation,a tire cost 10,000 because of regulation. Regulation cost three times as much not ten times. These subsidies are convient to rural areas but it is another form of generational theft.

I think we should give the free market a chance to solve this problem. Also the health insurance boondoggle. Also the education problem. The more we can get the federal governments money grubbing hands out of our pockets the better. The illegals takeover of our social system is going to be deadly. The EAS could be a nice asset to those who really need it if we could get the other huuugh problems solved. Get out of our lives Big Government, secure our boarders, keep a military big and bad enough to deter any country to mess with us, keep our money sound. Make the 3 parts of our government live by the constitution and the US would overpower any country ever.

we have 2 EAS funded programs in North Dakota, 75-80 min drive on good highways from full service International Airports, it is an expensive convenience at the cost of the Tax payers. i can see remote areas of Alaska may need EAS for many reasons.