It’s the end of the year, which means a lot of people are looking at their frequent flyer accounts and trying to figure out how to squeeze a few extra miles out of their travel so they can qualify for the next elite tier.

Towards the end of the year it’s pretty normal for airlines to let you “buy up” to the next elite tier, should you be a few thousand elite qualifying miles short.

At the beginning of November American announced their Elite Boost promotion, allowing you to pay to secure the next elite level if you’re within a certain range of qualifying. The costs are sort of ridiculous, especially when you consider that elite status is worth less than it used to be. 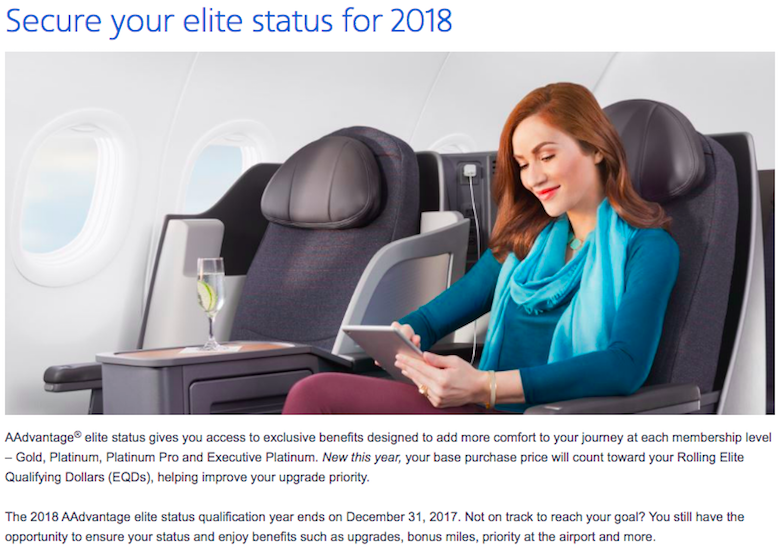 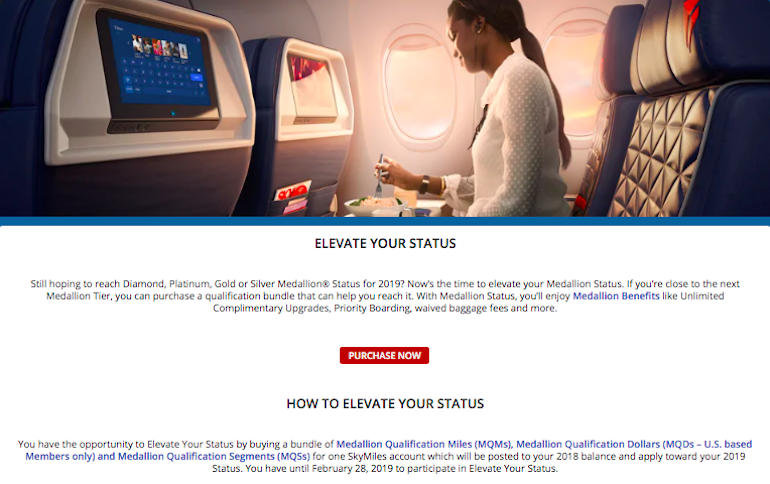 Here’s how Delta describes what this means for your status:

And here’s who is eligible for the promotion:

I’m a Delta Platinum member who won’t be requalifying, so here’s the buy-up offer I’ve been given: 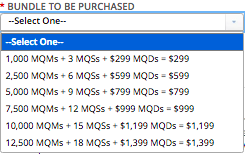 As you can see, my offer tops out at about 11 cents per MQM. As far as buy-up offers go, that’s actually on the lower side (I’m not saying it’s a good deal, but I’ve also seen them have offers where they wanted 25+ cents per MQM).

If you’re eligible for Delta’s “Elevate Your Status” deal, what does your offer look like?

i want to only buy miles- not the bundle- I do not want to buy MQS- is that an option ? cost?

Hi , I understand the MQM, well as much as anyone can< don,t forget if you buy them on a delta card, you do get miles for purchase, My question is ,say i buy 12500miles, do they go to my Milliom miler? thx gertie